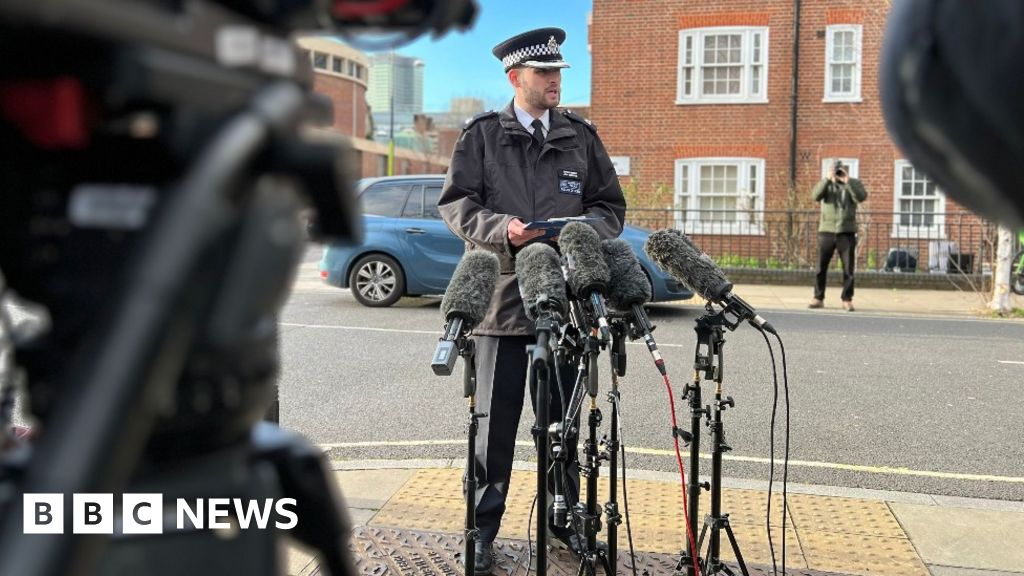 Police have released details of a car they want to trace after a seven-year-old girl suffered life-threatening injuries in a drive-by shooting at a London church.

A 12-year-old girl and four women were also injured at St Aloysius Church in Euston when shots were fired from a moving vehicle on Saturday afternoon.

Police said on Sunday they were seeking information on a black Toyota.

The seven-year-old is in a stable but life-threatening condition.

Suspects fired from a shotgun during a memorial service attended by hundreds of people at the church in Phoenix Road at about 13:30 GMT.

“Four women, aged 21, 41, 48 and 54, were taken to central London hospitals. Thankfully their injuries were assessed as non-life threatening.

“Two children were also injured. A 12-year-old girl sustained a leg injury. She was treated at hospital before being discharged yesterday afternoon. She is expected to make a full recovery.

“A seven-year-old girl was more seriously injured. She remains in hospital in a stable but life-threatening condition, and our thoughts are with her and her family.

“We believe the suspects discharged a shotgun from a moving vehicle, which was a black Toyota C-HR, likely a 2019 model or similar.”

Father Jeremy Trood, who conducted the memorial service, said it was for Sara Sanchez, 20, who died from leukaemia in November and her mother, who died the same month.

He said the mass, which had more than 300 people attending, had just finished and people were leaving, when he heard an “enormous bang”.

“It was a very strange, long and prolonged noise I heard,” Father Trood told BBC London.

“Doves were going to be released at the end of the service and I think people were going out to see that.

“I remember the screams and shouts, and the people who were making their way out of the church all coming back in.

“There was confusion as people were getting away from the windows and doors.

“I’ve been here nine years and I’ve never known anything like this… it’s very shocking.”

Mayor of London Sadiq Khan described the shooting as “deeply distressing” and said he was in close contact with detectives to determine what happened.

Home Secretary Suella Braverman wrote on Twitter that she was “deeply concerned by the shocking shooting”.

Supt Rowlands appealed for anyone with information on the “shocking incident” to contact police urgently.

“People came here to attend a funeral, to be with friends and loved ones and to mourn together,” he said.

“Instead they were the victims of a senseless act of violence.”

Have you been affected by the issues raised here? Were you in the area? You can get in touch by emailing: haveyoursay@bbc.co.uk.

UK economy only G7 nation to shrink in 2023 – IMF
Watch: The signals great apes use to communicate
Jeff Zients: The bagel impresario headed to the White House
MH17: Court ruling due on Dutch case against Russia
UK firefighters vote to strike in row over pay