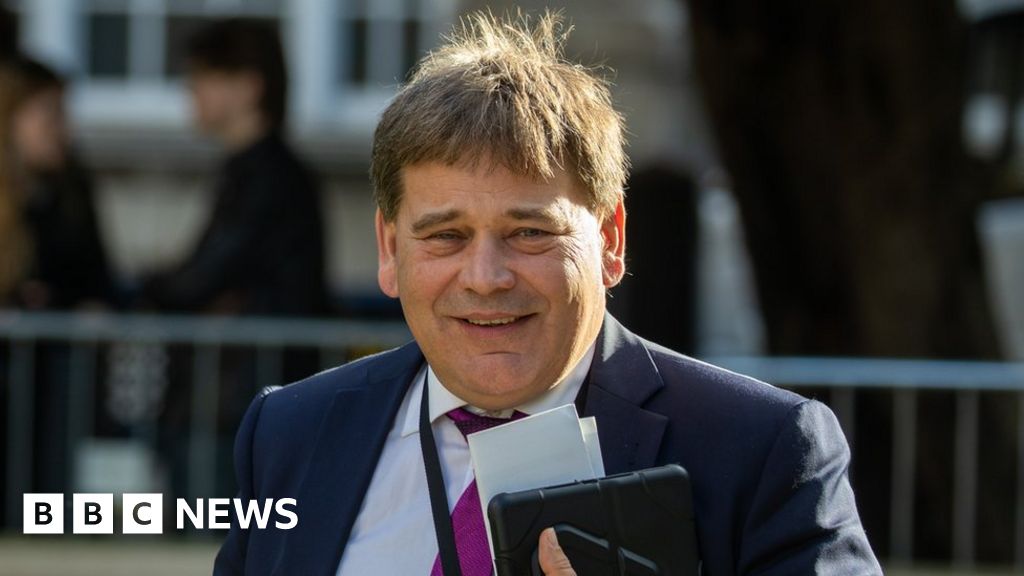 Andrew Bridgen has been suspended as a Conservative MP for spreading misinformation about Covid vaccination.

It comes after the North West Leicestershire MP posted a tweet that compared vaccines to the Holocaust.

Mr Hart said Mr Bridgen would lose the party whip – meaning he will sit as an independent – while a formal investigation takes place.

“As a nation we should be very proud of what has been achieved through the vaccine programme,” the chief whip added.

“The vaccine is the best defence against Covid that we have. Misinformation about the vaccine causes harm and costs lives.”

The BBC has contacted Mr Bridgen for a comment.

The MP is currently serving a five-day suspension from Parliament for breaching parliamentary rules on registering financial interests.

Mr Bridgen was previously critical of policies like lockdown and vaccine passports but he praised the development of Covid vaccines, and tweeted proudly when he received his doses.

However, last autumn he began to make increasingly baseless claims including that vaccines were killing many people and that the damage was being covered up.

At first, he began highlighting some real, but rare, instances of genuine vaccine injury and misinterpreting real data to suggest these cases were more common than the research suggests.

In recent weeks, this rhetoric has increased.

Posting a link to an article on vaccines earlier, he said: “As one consultant cardiologist said to me, this is the biggest crime against humanity since the Holocaust.”

Serious side effects involving Covid vaccines, including approximately 60 deaths in England and Wales according to the Office for National Statistics, are rare, given the tens of millions of doses administered.

Lord Mann, an independent peer and former Labour MP who advises the government on antisemitism, said Mr Bridgen should be barred from standing for the Tories at the next election.

“He cannot claim that he didn’t realise the level of offence that his remarks cause,” he added.

Conservative chairman Nadhim Zahawi, a former vaccines minister, said he was “proud” of the UK’s response to the pandemic, and he was “appalled” by Mr Bridgen’s remarks.

“Any comparison made to the Holocaust is completely inappropriate, belittling one of the greatest horrors ever committed by humanity,” he added.

A spokesman for Labour leader Sir Keir Starmer said that suspending the whip had been “the right thing to do” and accused Mr Bridgen of “whipping up anti-vax conspiracy theories”.

He said it was “regrettable” that the prime minister had not acted sooner to “slap down what he has been saying”.

Asked whether he thought the MP’s remarks were antisemitic, Sir Keir’s spokesman said: “A one word reference to the Holocaust would not meet the definition of antisemitism, but it is unacceptable”, adding that he would “defer to others who may be better placed to judge this”.