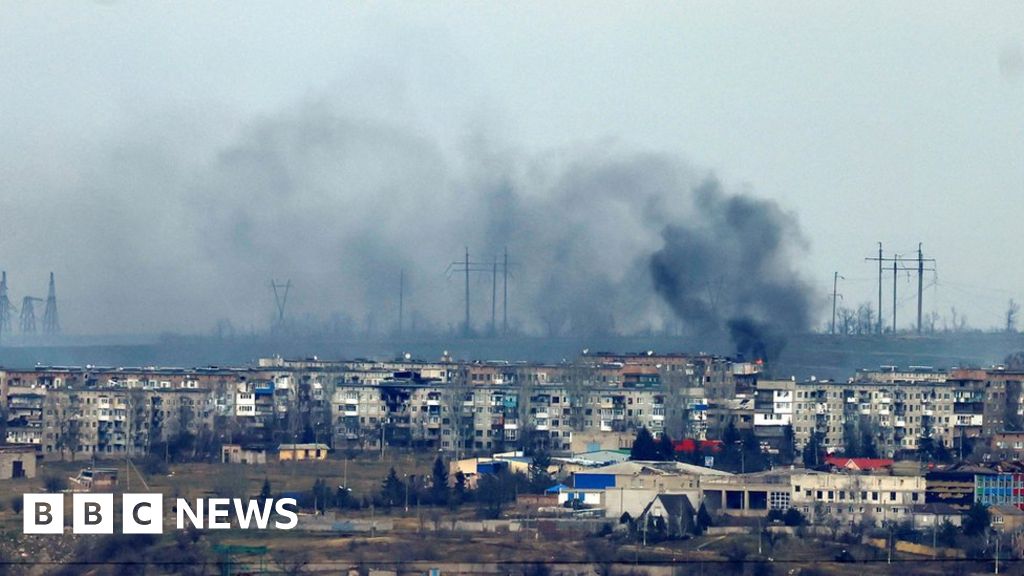 Russia is “likely” to finally control most of the salt-mining town of Soledar in Ukraine’s east after a months-long battle with Ukrainian forces, the UK’s Ministry of Defence says.

Russian troops and the mercenary Wagner Group have made advances in the past four days, the UK says.

Soledar is near Bakhmut, where Ukraine is also locked in a bloody battle.

President Zelensky said there was “almost no life” in Soledar, with “no whole walls left”.

He also said “the whole land near Soledar is covered with the corpses of the occupiers”.

Soledar – which had a population of around 10,000 before the war – may be seen mainly as a stepping stone to capturing Bakhmut, and its strategic value is questionable.

But a US official said last week that Yevgeny Prigozhin, the Wagner Group’s founder, wants control of the large salt and gypsum mines in the area.

The UK said part of the fighting had focused on entrances to the 200km-long disused tunnels and that both Russia and Ukraine “are likely concerned that they could be used for infiltration behind their lines”.

Mr Prigozhin has confirmed his interest in the mines, calling them “the icing on the cake” in the strategic importance of the Bakhmut area.

He described them as a “network of underground cities” that can hold “a big group of people at a depth of 80-100 metres”, and can also allow tanks and other military vehicles to move freely.

However, Britain believes Russia is “unlikely” to take Bakhmut itself immediately due to Ukraine’s “stable defence lines”.

Meanwhile, a senior military official from the US Department of Defense said on Monday there was a “good portion” of Soledar in Russian hands.

Fighting around Bakhmut has been going on for months, and the US official described the most recent exchanges as “savage”.

Two British nationals have gone missing in the region and were last seen heading to Soledar.

In his nightly address, Ukraine’s leader Volodymyr Zelensky expressed his thanks to soldiers defending Soledar, saying their resilience “won additional time and additional strength for Ukraine”.

According to a Facebook post by the General Staff of the Armed Forces of Ukraine, soldiers on Monday repelled attacks near 13 population centres – including Soledar and Bakhmut.

Despite the long and intense battle, Oleh Zhdanov – a highly respected military analyst in Ukraine – believes that neither Soledar nor Bakhmut are especially important from an operational point of view.

Mr Zhdanov said in an interview on Monday with the Ukrainian newspaper Gazeta that Russia “is trying to prove to the whole world that its army is capable of winning”.

Russia has suffered several setbacks in Ukraine since its invasion nearly a year ago – including losing control of the only regional capital it had managed to capture.

Meanwhile, the Institute for the Study of War, a US-based think-tank, has said that Mr Prigozhin “will continue to use both confirmed and fabricated Wagner Group success in Soledar and Bakhmut to promote the Wagner Group as the only Russian force in Ukraine capable of securing tangible gains”.