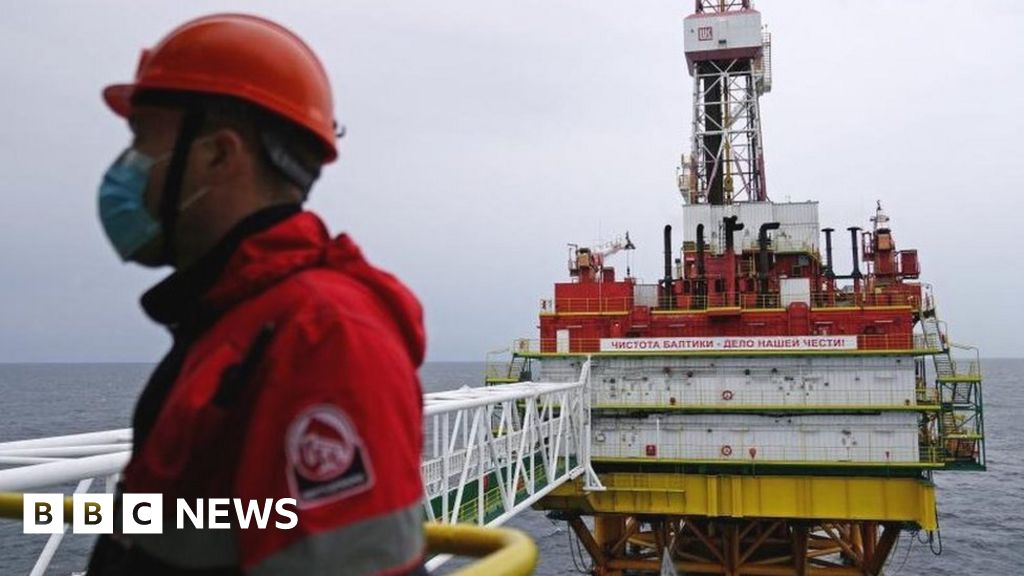 A new cap on the price of Russian oil will “immediately cut into Putin’s most important source of revenue,” the US has said.

US Treasury Secretary Janet Yellen said the cap – which was officially approved by Western allies on Friday – came after months of hard work.

The cap stops countries paying more than $60 (£48) a barrel for seaborne exports of Russian crude oil.

It is due to come into effect on 5 December or soon after.

Low and medium-income countries that have been heavily impacted by high energy and food prices will particularly benefit from the cap, Ms Yellen said.

She said it will also further constrain Russian President Vladimir Putin’s finances and “limit the revenues he’s using to fund his brutal invasion”, while avoiding disrupting global supplies which could send petrol prices soaring around the world.

“With Russia’s economy already contracting and its budget increasingly stretched thin, the price cap will immediately cut into Putin’s most important source of revenue,” she said in a statement.

The price cap was put forward in September by the G7 group of nations (the US, Canada, the UK, France, Germany, Italy, Japan and the EU) in a bid to hit Moscow’s ability to finance the war in Ukraine.

The European Union approved the price cap – which needed the agreement of all its member states – on Friday, after persuading Poland to back it.

Poland announced its support after being reassured the cap would be kept at 5% lower than the market rate.

It had been reported that the EU wanted to set the cap at $65-70 but this was rejected by Poland as well as Lithuania and Estonia as too high.

Warsaw had wanted the value to be as low as possible and had held out while it examined an adjustment mechanism which would keep the cap below the market rate as the price of oil changed.

In a joint statement, the G7, the EU and Australia said the decision to impose a price cap was taken to “prevent Russia from profiting from its war of aggression against Ukraine”.

British Chancellor Jeremy Hunt said the UK will not waver in its support and will continue to look for new ways to “clamp down on Putin’s funding streams”.

The agreement of a price cap comes just days before an EU-wide ban on Russian crude oil imported by sea comes into force, also on 5 December.

The price cap – which is meant to affect oil exports worldwide – is meant to complement that.

Countries that sign up to the G7-led policy will only be permitted to purchase oil and petroleum products transported via sea that are sold at or below the price cap.

Ukraine’s western allies also plan to deny insurance to tankers delivering Russian oil to countries that do not stick to the price cap. This will make it hard for Russia to sell oil above that price.

Russia denounced the scheme, saying it would not supply those countries which enforced a price cap.

Senior Russian politician Leonid Slutsky, who chairs the foreign affairs committee, told Tass news agency the EU was jeopardising its own energy security with the cap.

Though the measures will most certainly be felt by Russia, the blow will be partially softened by its move to sell its oil to other markets such as India and China – who are currently the largest single buyers of Russian crude oil.

Before the war, in 2021, more than half of Russia’s oil exports went to Europe, according to the International Energy Association. Germany was the largest importer, followed by the Netherlands and Poland.

But since the war, EU countries have been desperately trying to decrease their dependency. The US has already banned Russian crude oil, while the UK plans to phase it out by the end of the year.

More than 2,000 more roles at risk at Tesco
Covid in China: Officials say current wave is ‘coming to an end’
US joins Germany in sending battle tanks to Ukraine
Iran ‘foils drone attack’ on military facility in Isfahan
Nine Palestinians killed in Israeli raid in Jenin