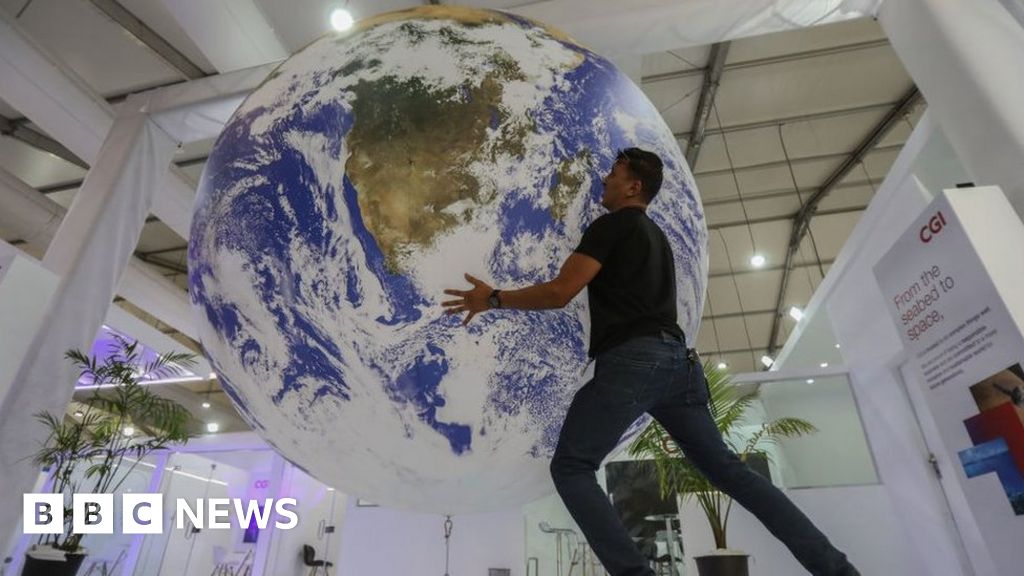 A historic deal has been struck at the UN’s COP27 summit that will see rich nations pay poorer countries for damage and economic losses caused by climate change.

“A clear commitment to phase-out all fossil fuels? Not in this text,” said the UK’s Alok Sharma, who was president of the previous COP summit in Glasgow.

This year’s talks in Sharm el-Sheikh, Egypt, came close to collapse, and overran by two days.

Luke-warm applause met the historic moment the “loss and damage fund” was agreed in the early hours of Sunday, as a confusing and often chaotic 48 hours left delegates exhausted.

It is, though, a huge symbolic and political statement from developed nations that long resisted a fund that covers climate impacts like flooding and drought.

The summit began two weeks ago with powerful statements from vulnerable nations. “We will not give up… the alternative consigns us to a watery grave,” Bahamas Prime Minister Philip Davis said.

On Sunday, Pakistan’s climate minister Sherry Rehman, who negotiated for the bloc of developing countries plus China, told journalists she was very happy with the agreement.

“I am confident we have turned a corner in how we work together to achieve climate goals,” she said.

The devastating floods in at-risk nation Pakistan this summer, which killed about 1,700 people with estimated damages of $40 billion, have been a powerful backdrop at this summit.

On Sunday, Antigua and Barbuda environment minister Molwyn Joseph, and chair of the Alliance of Small Island States, said the deal was a “win for the entire world” and “restored global faith in this critical process dedicated to ensuring no one is left behind”.

But nations and groups including UK, EU, and New Zealand left Egypt unhappy with compromises on fossil fuels and curbing climate change.

Countries that fought to weaken the ambition to rapidly cut greenhouse gas emissions – gases that warm the planet – need to look at-risk nations “in the eye,” he said.

The final overarching deal did not include commitments to “phase down” or reduce use of fossil fuels.

It also included ambiguous new language about “low emissions energy” – which experts here say could open the door to some fossil fuels being considered part of a green energy future.

New Zealand’s climate minister told BBC News that there were “strong attempts by the petrol states to roll back” on agreements, but that developed countries “held the line”.

Nations, including the G20 group, are anxious for the world to urgently cut fossil fuel use.

But developing nations like India – or those reliant on oil and gas – push back, because they want to exploit their reserves, as western countries did historically.

As the clock ticked on, richer nations appeared to concede – despite a last-minute intervention by Switzerland.

Expectations were low at the beginning of COP27 – it was meant to be an “action” summit that implemented agreements made last year, but would not reach anything new.

But the loss and damage deal could be the most significant development since the Paris Agreement.

For almost as long as the UN has discussed climate change, developed nations worried about signing a blank cheque for climate impacts.

Now they have committed to payments – though the details remain to be worked out.

It tops off a conference marked with deadlock, and punctuated by dramatic moments – including Brazil’s President-elect Luiz Inácio Lula da Silva’s first appearance on the global stage since his recent election win.

Speaking to rapturous crowds, he told COP27 that Brazil is back on the climate stage, promising to end deforestation and restore the Amazon.

It gave an injection of hope that many activists and observers of climate talks say is lacking at UN summits.

But fossil fuel delegates remained out in force – up 25% on last year – while experts said women participants were too few.

And in the large tents where nations, experts and NGOs laid out their stands, the first Children and Youth Pavilion at a COP radiated energy, hope and frustration.

Meanwhile, on the sidelines of COP27, a deal that promises to pay $20 billion to Indonesia to transition away from coal was celebrated as one of the concrete success of the summit.