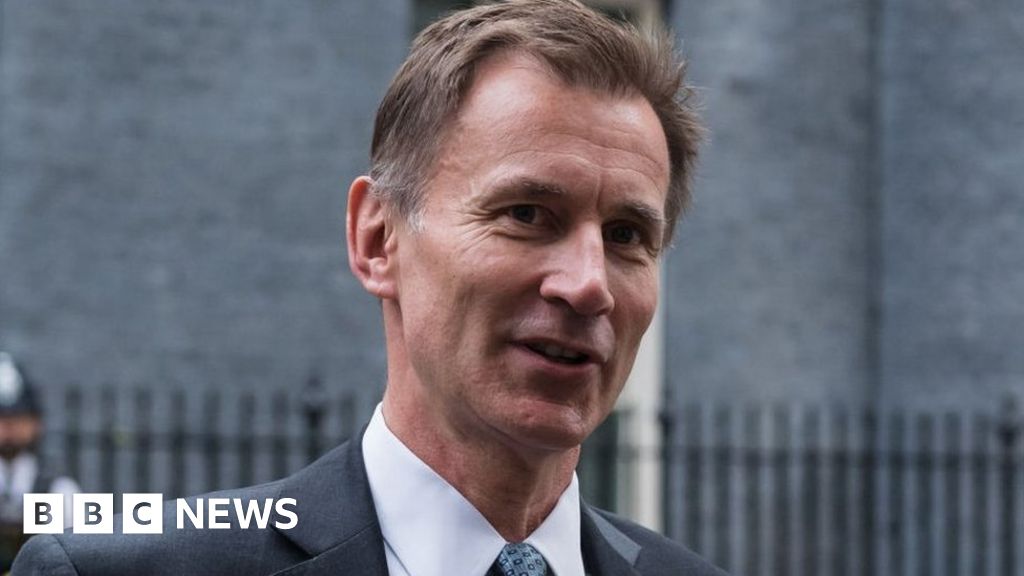 Chancellor Jeremy Hunt will pledge to face into the economic “storm”, as he is expected to confirm widespread spending cuts and tax rises.

He will say “difficult decisions” are needed to tackle soaring prices and limit mortgage costs.

But he faces a potential backlash from some Tory MPs who oppose big tax hikes.

The BBC understands the state pension and benefits will rise with prices. Energy support is likely to continue beyond April but will be less generous.

Labour said the country was “being held back by 12 years of Tory economic failure and wasted opportunities”, with working people “paying the price”.

The BBC has spoken to people in Whitehall and Parliament about what is likely to be in Mr Hunt’s Autumn Statement, although some decisions could change at the last minute.

The chancellor is likely to argue that this is not a return to the 2010 Conservative-Liberal Democrat coalition government’s policy of austerity, with the balance of spending cuts to tax rises 80% to 20% under then-Chancellor George Osborne.

The government argues the measures are needed to fill a so-called fiscal black hole – the gap between what the government raises and spends.

However, some have questioned how reliable the forecasts are and the political decisions ministers are making.

The freezing of levels at which people pay various taxes will be a big theme of the statement. As a result of inflation and pay increases, people will end up paying more tax.

With inflation – the rate at which prices rise – now running at a 41-year high, many departments will see their budgets squeezed with below-inflation increases.

But it is expected the health budget will be protected and increase in real terms – even when price rises are taken into account.

The government will also save cash by making energy bill support less generous from April.

The Treasury is likely to say an Energy Price Guarantee will remain in place – but be set at a higher level. That means millions of households will see their bills go up by hundreds of pounds a year from April.

Under the current scheme a household using a typical amount of gas and electricity is expected to pay £2,500 annually. This figure is likely to rise to just over £3,000 but without the intervention the typical household bill would have hit £4,000.

Universal support payments will end but there will be targeted support for those on low incomes and pensioners.

The energy industry – including energy generators – will also be hit with a significantly expanded windfall tax to help pay for the support.

The BBC understands the state pension and benefits will rise with inflation – although this has not been officially confirmed.

An increased National Living Wage, from the current level of £9.50 an hour for over-23s, will also be confirmed.

After unexpected announcements in Mr Hunt’s predecessor Kwasi Kwarteng’s ill-fated mini-budget, no big surprises are expected from the chancellor.

Mr Hunt has already reversed almost all the tax rises announced in the mini-budget in a bid to stabilise financial markets.

Unlike Mr Kwarteng, Mr Hunt will publish independent forecasts from the Office for Budget Responsibility (OBR) alongside his statement.

The forecasts are expected to paint a grim picture, after the Bank of England warned the country is set for its longest recession since records began.

In his Autumn Statement, Mr Hunt is expected to say: “We are taking difficult decisions to deliver strong public finances and help keep mortgage rates low, but our plan also protects our long-term economic growth.

“At the same time, we protect the vulnerable, because to be British is to be compassionate.”

He is set to add that the UK is not “immune” to the global economic crisis “but with this plan for stability, growth and public services – we will face into the storm”.

However, some Tory MPs on the right of the party have already expressed concern about the prospect of tax rises.

Former cabinet minister Esther McVey has said putting up taxes is the “last thing” a Conservative government should be doing.

On Wednesday, she warned she would not support tax rises unless the “unnecessary vanity project” of HS2 was scrapped.

Simon Clarke, who was in Ms Truss’s cabinet, warned Mr Hunt not to “throw the baby out with the bathwater and overcorrect” by imposing too many tax hikes.

“I hope they will strike a balance which leans much more to spending reductions than tax rises to balance the books,” he told BBC Radio 4’s PM programme.

But former work and pensions secretary Stephen Crabb said he feared spending cuts could lead to “real risks to the quality of public services”.

He told the BBC the state pension and benefits “absolutely” need to rise with inflation and that the Energy Price Guarantee needed to be broader than just helping pensioners and people on benefits.

He added that he was confident Mr Hunt would make “the right decisions”.

“Britain has so much potential but we are falling behind on the global stage, while mortgages, food and energy costs all go up and up,” she said.