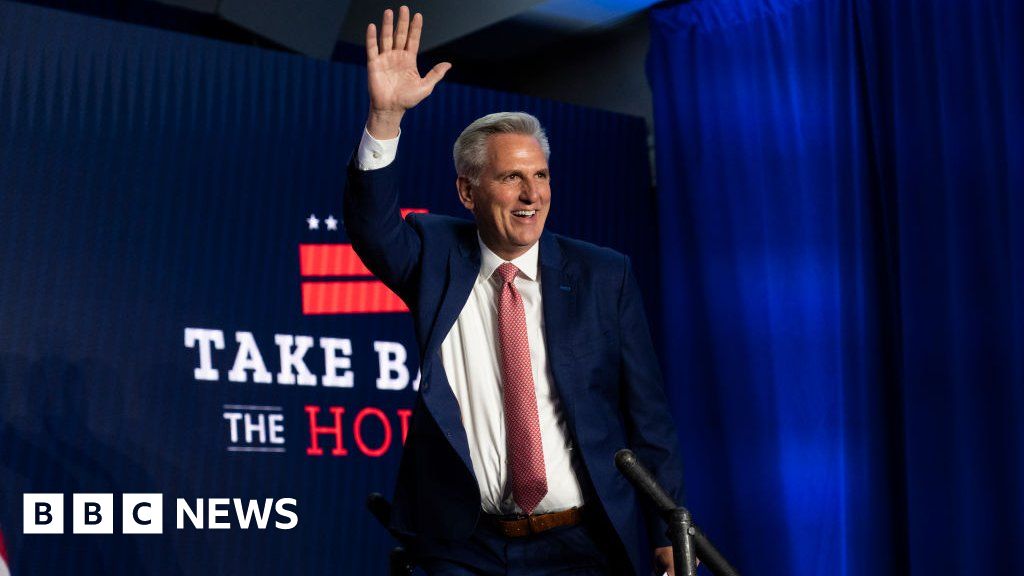 With Republicans on the cusp of retaking the House of Representatives majority, Kevin McCarthy has won his party’s nomination to be speaker in the new Congress.

In a closed-door vote on Tuesday, he secured 188 votes in his bid for leadership of the House.

Mr McCarthy must win a majority vote of the full House – 218 votes – in January to secure the role.

If he wins, he would replace Democrat Nancy Pelosi as Speaker of the House.

A native of California, Mr McCarthy has represented a heavily Republican part of the state in the House since 2007.

He officially declared his candidacy for speaker last week in a letter to House Republicans that urged them to “stick together and maintain our mission”.

With votes still being counted in some key races, Republicans appear to be on the verge of securing a razor-thin House majority, but they are far short of the “red wave” some had predicted.

Mr McCarthy had previously vied for the role of speaker in 2015 but was forced to withdraw following a gaffe.

He had said on the Fox News network that a Republican-led congressional investigation into the 2012 attack on a US diplomatic compound in Libya was designed to hurt Hillary Clinton’s presidential campaign.

He then became House minority leader after Republicans lost control of the House in the 2018 US midterm elections – during which Mr McCarthy developed a close relationship with former President Donald Trump.

But days later, he visited the ex-president at his Mar-a-Lago residence in Florida and appeared to make peace.

On Tuesday, Mr McCarthy easily defeated congressman Andy Biggs from Arizona, a right-wing populist, for the speaker nomination, with 188 votes in favour and 31 against.

But Mr McCarthy must now win over the colleagues that voted for Mr Biggs in order to become speaker in January.

Republican leadership in the Senate may also face hurdles, after Florida Senator Rick Scott informed colleagues at a lunch on Tuesday of his intention to challenge current minority leader Mitch McConnell.

It would mark the first opposition that Mr McConnell has faced in 15 years at the helm, signalling a rift within the Republican party in the wake of disappointing results in the US midterm elections.

Democrats will continue to hold sway in the Senate after securing 50 seats in the midterms, one more than the Republicans. A run-off election in Georgia next month could give Democrats an extra seat.