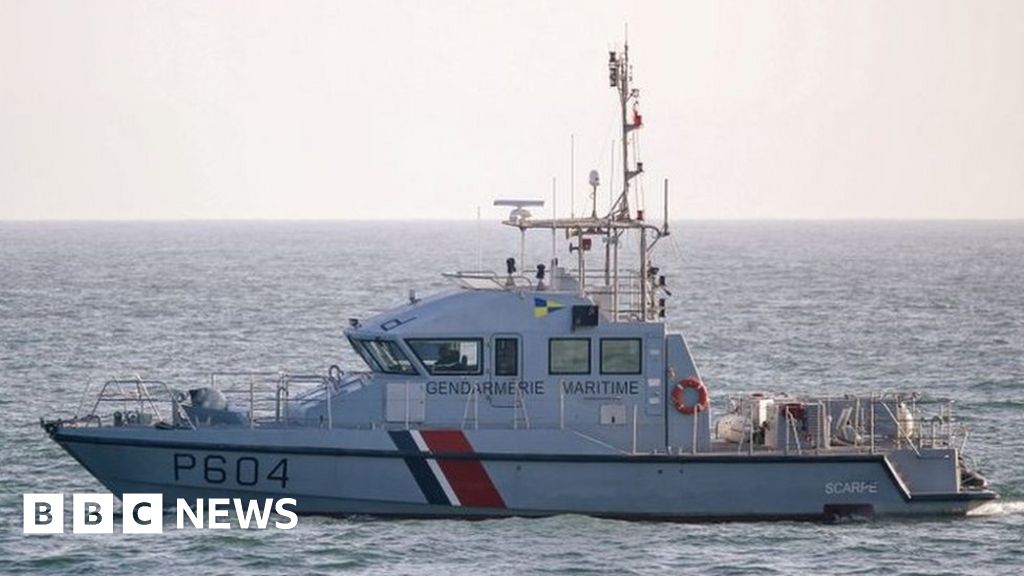 Home Secretary Suella Braverman is to travel to Paris to sign an expanded deal to try to stop people crossing the English Channel in small boats.

Under the revised agreement, the amount the UK pays France to cover the cost of increased patrols at their end will go up from from about £55m a year to £63m.

The number of officers patrolling the French coast to try to stop people setting off will rise from 200 to 300.

In recent weeks, Ms Braverman has come under growing pressure over the issue.

So far this year, more than 40,000 people have made the perilous crossing, the highest number on record.

BBC News home affairs correspondent Daniel Sandford said that while the expanded deal would further disrupt the people smugglers operating in France it was unlikely to end their trade.

The British government has always stressed that there is no single solution to the problem of thousands of migrants risking their lives crossing the Channel in small boats.

But one approach tried in recent years has been to try to stop migrants leaving French shores. There are thousands of people in coastal towns there, who have travelled from other countries and are waiting for their opportunity to cross the Channel to claim asylum in the UK.

As well as extra officers and patrols, the British money will allow more use of drones and night vision equipment, and will also be spent on boosting reception and removal centres in France.

French ports will receive investment to increase the use of CCTV and detection dog teams to prevent illegal entry to the UK via lorries. UK observers will be embedded in French control rooms, and French observers embedded in UK control rooms – to help inform each other’s deployments.

The deal had been close for several months but the French government were reluctant to finalise it until there was a stable government in the UK, our correspondent says.

It comes after weeks of criticism aimed at the government for severe overcrowding at the migrant processing site in Manston, Kent, and for its spending on housing for those waiting for their asylum applications to be completed.

Last month, the Home Affairs Committee heard that the UK is spending almost £7m a day on hotels for asylum seekers.

MPs also heard that only 4% of asylum claims by migrants who crossed the English Channel in 2021 had been processed.

Ms Braverman has previously admitted the system was “broken” and Mr Sunak has said not enough asylum claims were being processed.

The home secretary will hope a new agreement with the French can ease pressure on the process.

Once people who cross the English Channel in small boats reach UK shores, those who are detained are sent to Manston Airport in Kent where they undergo security and identity checks.

They are only meant to be held there for a short period before moving into the Home Office’s asylum accommodation system while their claims are processed.

However, last month it emerged there was severe overcrowding at Manston, with 4,000 people staying there rather than the 1,600 for which the site was intended.

Numbers have since been reduced to less than 1,600, according to immigration minister Robert Jenrick.

On Saturday it emerged people at Manston centre are to be vaccinated against highly contagious and sometimes fatal diphtheria after an outbreak.

The higher numbers of migrants making the crossing this year has been partly blamed on a big rise in the number of Albanian nationals making the journey.