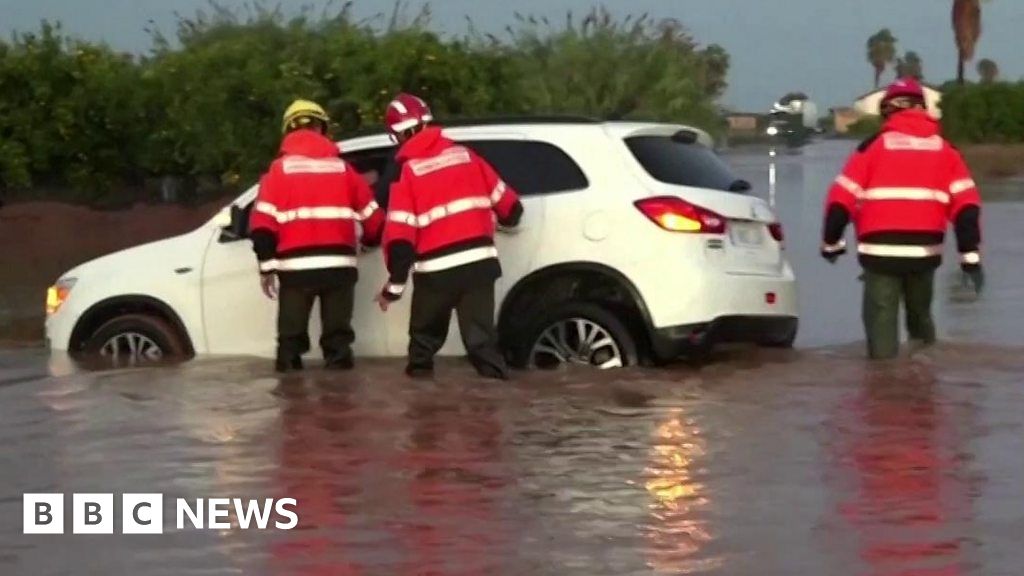 Firefighters had to rescue people who were trapped in cars and homes after heavy rain caused flooding in Valencia, Spain.

The popular holiday destination faced travel disruption, with the airport having to close temporarily and trains being stopped.

It’s not the first time this year that the region in eastern Spain has flooded, the area saw record rainfall in May.