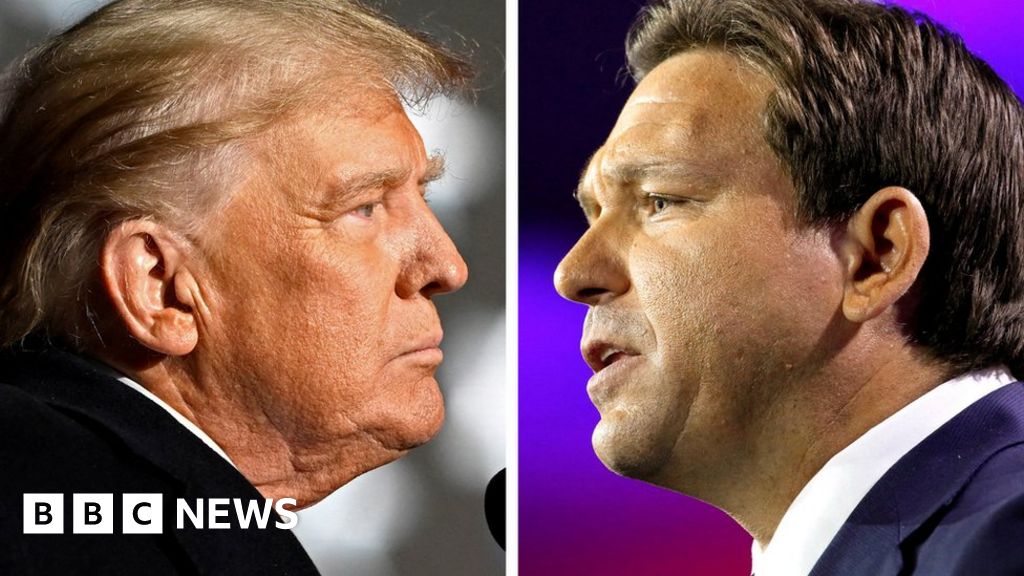 Rivalry between Donald Trump and Ron DeSantis has spilt open after the Republican ex-president came swinging out against his one-time acolyte on Thursday night.

Mr Trump belittled the Florida governor as an “average” politician whose success was owed to his patronage.

Mr DeSantis, 44, stormed to re-election in Tuesday’s midterms, making him the Republicans’ biggest rising star and a clear challenger to Mr Trump.

The ex-president warned him against it.

In a lengthy statement, Mr Trump dismissed Mr DeSantis as a political lightweight who had come to him “in desperate shape” when running for his first term in office in 2017.

“Ron had low approval, bad polls, and no money, but he said that if I would Endorse [sic] him, he could win,” Mr Trump said. “I also fixed his campaign, which had completely fallen apart.”

He went on to complain that Mr DeSantis – to whom he had given the unflattering nickname “Ron DeSanctimonious” – was “playing games” by refusing to rule out a presidential bid in 2024, warning that he would be vanquished should he do so.

Mr Trump is widely expected to announce his own plan to run again – and with the expectation of seizing the Republican nomination unopposed.

However, a disappointing midterms in which Republicans have failed to garner the large majority in the House of Representatives that was expected – and are yet unable to say whether they have seized a majority in the Senate – has left many in the party laying the blame at Mr Trump’s feet.

Voters by and large rejected candidates who backed Mr Trump’s unsupported claims of election fraud in 2020, and many of his high-profile picks for office struggled or lost outright.

Even close allies of the ex-president have called for him to reconsider what he has teased to be a big announcement on 15 November.

“Republicans have followed Donald Trump off the side of a cliff,” one former Trump adviser, David Urban, told the New York Times.

Mr DeSantis’s 20-point win over his Democratic rival Charlie Crist, has, by contrast, cemented his status as a coming man.

In particular, his margin of victory in Miami-Dade county – one of Florida’s largest, and traditionally a Democratic stronghold – was the largest won by a Republican in four decades.

In 2016, Democratic presidential candidate Hillary Clinton won it by 29 percentage points. On Tuesday, Mr DeSantis won 55% of the vote there.

According to an October Ispos poll, 72% of registered Republicans said Mr DeSantis should have a great deal or good amount of influence on the future of the party, compared to 64% who said the same of Mr Trump, 76.

The governor did not immediately respond to Mr Trump’s jibes on Thursday.