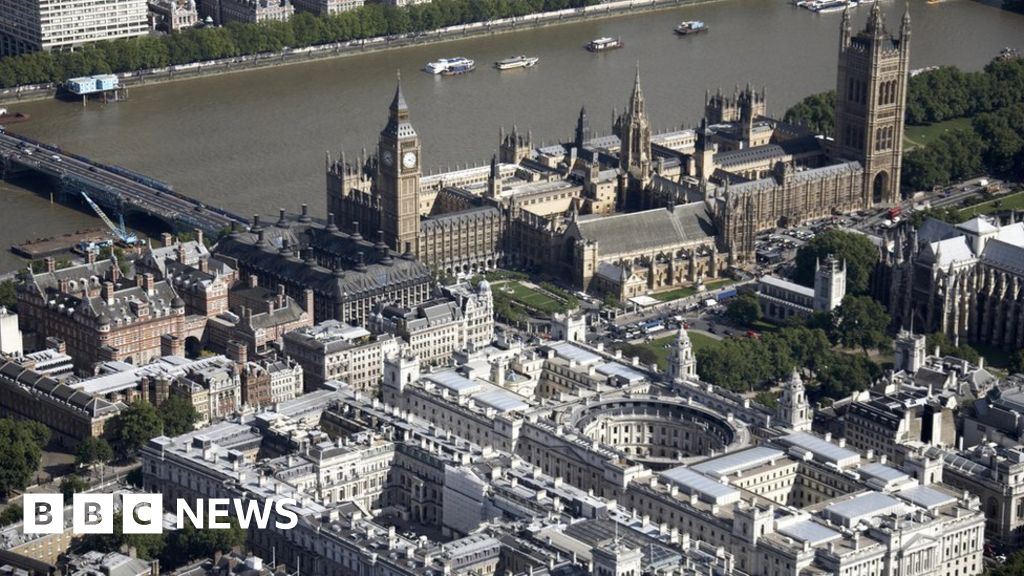 The cost of decarbonising UK public sector buildings is estimated to be £25-30bn, government figures show.

The amount was revealed following a Freedom of Information request by the Sunday with Laura Kuenssberg show.

The government said the “indicative” figure is based on today’s prices and should not be seen as the actual budget needed to move to low carbon heating.

Transitioning from fossil fuel heating systems is one way the UK can meet its aim of net zero CO2 emissions by 2050.

The government has set a target of reducing greenhouse gas emissions from public buildings by 75% by 2037 as part of its net zero strategy.

While new buildings can have low carbon heating systems such as ground-source heat pumps and solar panels fitted from the outset, older properties will need to have the latest equipment retrofitted.

The Department for Business, Energy and Industrial Strategy (Beis) said the estimated figure for upgrading public sector buildings was based on current “undiscounted 2022 prices” and that it was being used within government to inform decisions around transitioning to alternative sources of heating.

It added that the suggested cost could change over time and should not be seen as the actual price of converting public buildings to low carbon.

This is because the estimate is based on the cost of installing, converting or retrofitting the whole UK public sector estate – buildings used by the UK government, local authorities, NHS, schools, colleges and emergency services – today.

The cost would also be spread over a number of years.

Decarbonising buildings also includes changing lighting to LED systems and investing in solar panels – which would offset the setup costs through savings on energy supplies.

Dr Sarah Ivory, director of the Centre for Business, Climate Change, and Sustainability at the University of Edinburgh, has looked over the government’s estimated figures.

She told the BBC: “Responding to the impacts of climate change in the UK is going to be an expensive business.

“Investments now – such as through the conversion of public sector buildings – will pay off in savings in the future. It will also ensure the UK meets our net zero by 2050 emissions targets.”

To get an idea of the challenge of decarbonising buildings in the UK, the Climate Change Committee – which advises the UK government and devolved administrations – says there are 28.5 million homes in the UK and 1.9 million other buildings such as offices, shops and hospitals.

The majority are heated by gas boilers, it says, which would need to be replaced to decarbonise homes and buildings.

Nearly a fifth of UK emissions come from buildings, the committee says.

It has estimated the total cost of decarbonising residential properties would require an investment of £250bn – equivalent to £9bn a year from the late 2020s to 2050.

The committee’s David Joffe said the amount of money currently being spent by ministers on low carbon projects was “insufficient”.

“While the emphasis on public sector leadership is welcome, a larger, firm, multi-year funding settlement is needed beyond 2025 to provide certainty and achieve this decarbonisation target,” he said.

Public sector bodies can currently access government funds to improve the energy efficiency of their buildings and reduce carbon emissions.

More than £1bn has been spent so far on almost 20,000 projects around the country, according to the company which administers the grants.

The Local Government Association wants the government to help local authorities in England speed up investment in low-carbon technologies because it says doing so will save the public sector money, be more resilient to changing energy prices and reduce emissions.

Cllr David Renard, its environment spokesman, told the BBC: “Investing now in making public buildings more energy efficient would allow councils to ready local businesses and supply chains to make it easier and cheaper for home owners to retrofit their own homes.”

Emma Ashcroft of the Carbon Trust, which advises organisations on net zero, said public bodies should be making decisions on decarbonisation now because of the benefits in energy bills and maintenance cost savings.

“Many public sector buildings will need to replace equipment by 2050, so some of the investment required should be part of business-as-usual spending,” she told the BBC.

And Julie Hirigoyen, chief executive of the UK Green Building Council, said decarbonising public buildings is a “no-regrets investment for the government”.

“At a time when public finances are stretched, it is ever more important to invest wisely in those opportunities that can reduce public spending over time,” Ms Hirigoyen said.

A government spokesperson said: “We have halved emissions from the central government estate in the last 12 years and invested £2.5bn in supporting those running our public buildings such as schools and hospitals to make similar progress.

“This is on top of our wider efforts to increase our use of home-grown energy such as renewables, increasing our energy security while meeting our net zero ambitions.”