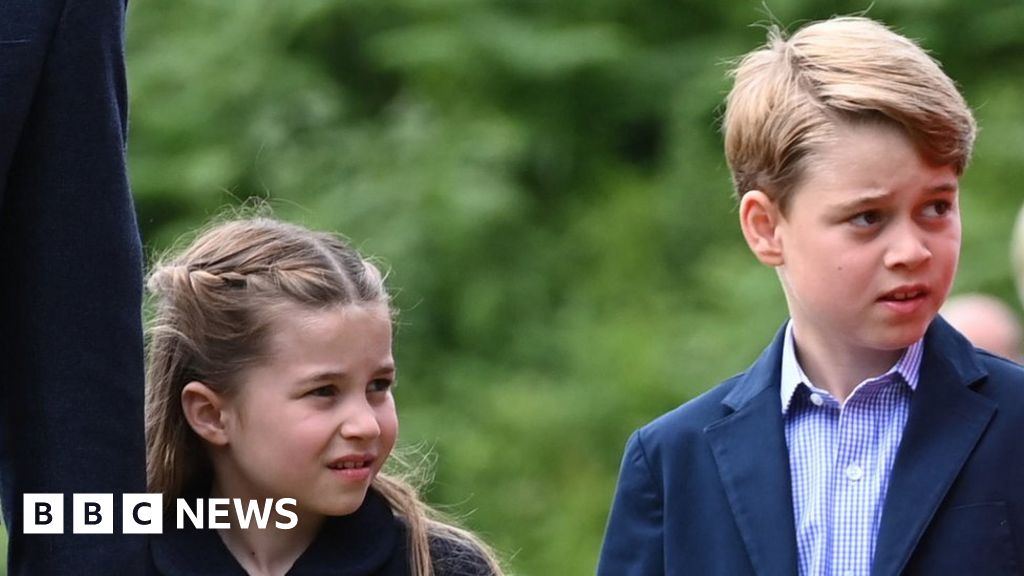 Prince George and Princess Charlotte will join more than 2,000 guests at the Queen’s funeral in Westminster Abbey.

Nine-year-old George and his sister, seven, will form part of a procession with the Royal Family, following the coffin as it enters the church.

Before the service a bell will toll every minute for 96 minutes, marking the length of the Queen’s life.

Towards the end of the service, the Last Post will be played before the nation observes a two-minute silence.

With world leaders and dignitaries gathered in the 13th Century church for the service at 11:00 BST, the King and Queen Consort will lead the procession behind the Queen’s coffin.

The Prince and Princess of Wales will walk ahead of George and seven-year-old Charlotte, who called the Queen “Gan Gan”, followed by their uncle and aunt, the Duke and Duchess of Sussex, and other members of the Royal Family.

George and Charlotte’s younger brother Louis, 4, is not expected to attend.

The Order of Service shows a service filled with traditional church music and readings from the Bible, with a sermon from the Archbishop of Canterbury, Justin Welby.

“I am the resurrection and the life,” will be the reading as the royal procession arrives in the Abbey, in a service which the Queen helped to plan.

The Prime Minister Liz Truss will read a lesson, with prayers from religious leaders including Cardinal Vincent Nichols, the Roman Catholic Archbishop of Westminster.

The funeral will hear praise for the Queen’s long reign, with the Dean of Westminster, David Hoyle, commending her “long life of selfless service”.

The Abbey says this will be the first funeral of a monarch held here since the 18th Century, although there have been more recent funerals for the spouses of monarchs.

The music at this historic service will be in keeping with the Queen’s faith and tastes. There will be pieces by Ralph Vaughan Williams, JS Bach and Edward Elgar.

New pieces have been composed by Judith Weir and Sir James MacMillan, a leading Scottish composer, whose music featured prominently in the service of thanksgiving at St Giles’ Cathedral in Edinburgh.

Baroness Scotland, secretary general of the Commonwealth, will deliver one of the readings, which are interspersed with hymns including The Day Thou Gavest Lord Is Ended and Love Divine, All Loves Excelling.

The Lord’s My Shepherd will be sung, as it was when the Queen married Prince Philip at Westminster Abbey in 1947.

As the state funeral comes to an end, the Last Post will be played, followed by a two-minute silence and a lament from the Queen’s piper.

After the funeral ends at noon in Westminster, a committal service will follow at 4pm at St George’s Chapel in Windsor.

This more intimate setting will include personal touches and private connections. The service includes the “Russian Kontakion of the Departed”, a hymn Prince Philip had chosen for his own funeral last year.

One of the Bible readings – “I saw a new heaven and a new earth” – was also read at the funeral of the Queen’s father and grandparents.

There is music composed by Sir William Henry Harris, an organist who taught the Queen to play the piano.

Another poignant lament will be played by a piper and the committal service will end with the lowering of the Queen’s coffin into the royal vault, accompanied by the words: “Go forth upon thy journey from this world, O Christian soul.”

The bells of Westminster Abbey will later be rung – but muffled – as is tradition following the funeral of a sovereign.

What time is the Queen’s funeral? And other questions

Queen’s funeral plans: What will happen on the day