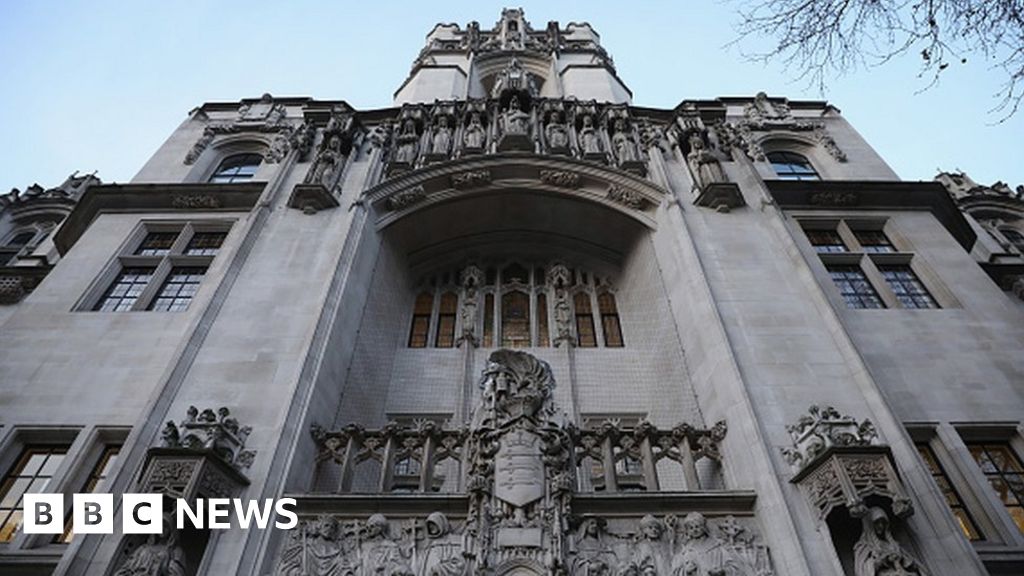 Liz Truss’s government has shelved plans for a law designed to give ministers the power to ignore human rights rulings from the European Court of Human Rights (ECHR).

The Bill of Rights bill, championed by former Justice Secretary Dominic Raab, was due back before Parliament.

Mr Raab said the bill would reassert the primacy of UK law on human rights cases.

But a source said the bill is unlikely to progress in its current form.

A source told BBC political editor Chris Mason that Ms Truss’s new administration was “reviewing the most effective means to deliver objectives through our legislative agenda”.

The Bill of Rights bill was intended to make clear that the UK’s Supreme Court had legal supremacy and ECHR decisions did not always need to be followed by British courts.

Earlier this year, the ECHR – which is based in Strasbourg – blocked the British government’s plans to send migrants to Rwanda.

During the Tory leadership campaign, Liz Truss promised to strengthen the Bill of Rights to provide a “sound legal basis” to tackle illegal migration.

But on Wednesday, Downing Street declined to guarantee that a new Bill of Rights will be introduced during the current Parliament.

Back in 2019, the Conservative Party manifesto promised to “update” the Human Rights Act.

His critics said it would restrict the number of human rights challenges against allegedly bad government that British judges could consider while, confusingly, still allowing the same challenges to go before the European Court of Human Rights.

Critics included Sir Jonathan Jones, the government’s former top lawyer. He has tweeted his support for Liz Truss’s decision, saying the bill had been a paradoxical mess.

The political battle over human rights hasn’t gone away – not least because Suella Braverman, the new home secretary, says she wants the UK to leave the European Convention on Human Rights.

That seems vanishingly unlikely under Liz Truss – but her government does not seem to have ruled out resurrecting some parts of Mr Raab’s plan in future legislation.

The bill had triggered concern from the legal profession and human rights groups, who accused the government of a power grab.

Last year the government launched what it said were “common sense” reforms to the Human Rights Act, saying they would “restore confidence” in the legal system.

The Human Rights Act was introduced more than 20 years ago and it sets out in law a set of minimum standards of how everyone should be treated by public bodies.

The proposals committed to staying within the ECHR, despite pressure from some Conservatives to leave the treaty.

Mr Raab said the UK would “remain a party to the European Convention on Human Rights”, while saying the government wanted to “change, reform to revise” how it is interpreted by courts.

On Tuesday Mr Raab, a strong advocate of the Bill of Rights, was replaced as justice secretary by Brandon Lewis.

Labour’s shadow justice secretary Steve Reed described the Bill of Rights bill as a “disastrous” piece of legislation which “makes it harder to deport foreign terrorists and rips up basic legal protections”.

Director of Big Brother Watch Silkie Carlo welcomed the government’s decision to shelve the legislation as “a huge win for the public”.

However, she added that the government was “full of people” who wanted to leave the ECHR – a move she argued would amount to “a depraved attempt to steal basic rights and freedoms”.