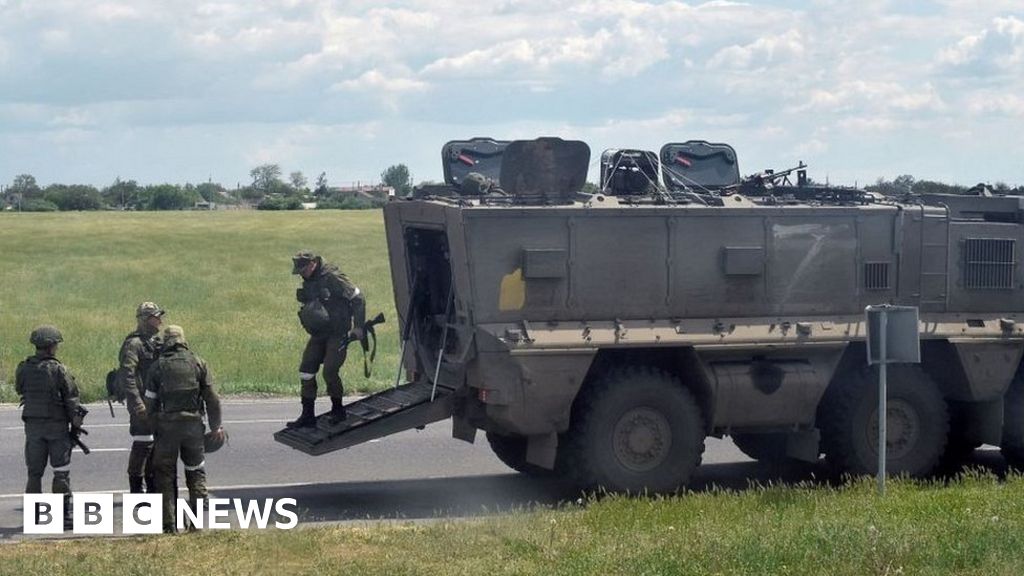 The Russian occupation authorities in Ukraine’s strategic southern city of Kherson have postponed a referendum on joining Russia, on security grounds.

“This is being paused because of the security situation,” said Kirill Stremousov, deputy head of the Russian-appointed administration there.

The Ukrainian army has launched a long-awaited counter-offensive in the south, where Russia plans referendums in the Kherson and Zaporizhzhia regions.

A key Kherson bridge has been shelled.

Speaking on Russian state TV, Mr Stremousov said Ukrainian shelling had damaged the Antonovskiy Bridge to such an extent that vehicles could no longer cross it.

He said barges transporting civilians across the Dnieper (Dnipro) river were also coming under Ukrainian fire, as was the city’s infrastructure.

The Russians have relied on the bridge to bring troops and hardware in and out of Kherson.

Ukraine has deployed US-made Himars multiple rocket launchers in its drive to push the Russians out of the city – the first to fall to them after their 24 February invasion.

Russia has announced plans for referendums in captured territory similar to that held in Crimea after its troops seized the peninsula in 2014. Ukraine and its Western allies have denounced the referendum plans as illegal.

Ukraine’s Deputy Prime Minister Iryna Vereshchuk has urged civilians to leave Kherson as fighting intensifies in the area. She has also warned that any who participate in the planned Russian referendum are liable to face Ukrainian prosecution.

Russia’s invasion has destabilised life in Ukraine to such an extent that it is not clear who could vote in such referendums anyway. The Crimea vote in 2014, held under military occupation, was not recognised internationally.

Ukraine war: Russian troops forced out of eastern town Lyman
Coolio: Gangsta’s Paradise rapper dead at 59
Climb down or stand firm – what does Truss do next?
Indonesia: More than 120 dead in football stampede
UK chancellor backs down on top tax rate