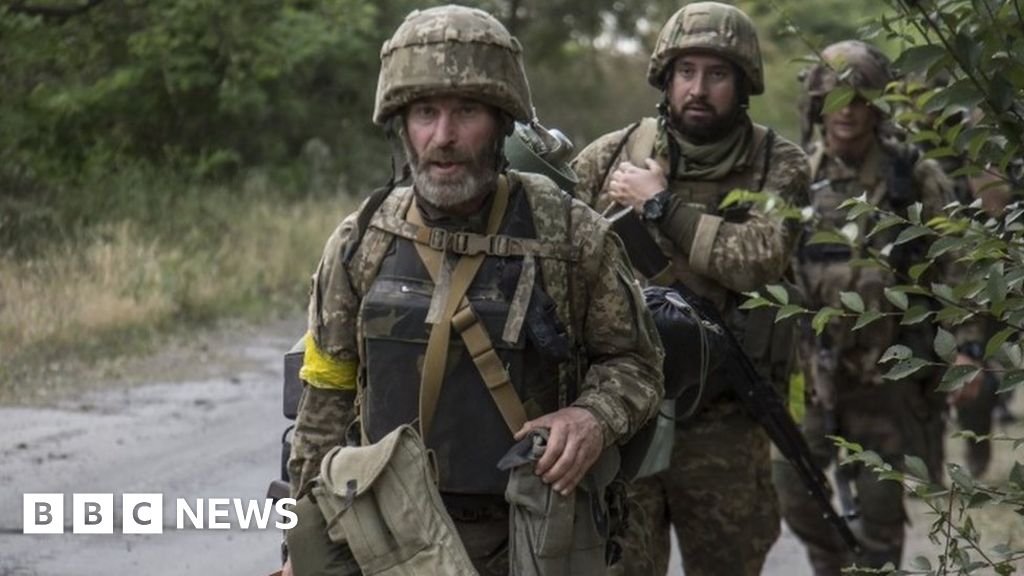 Ukrainian forces in Severodonetsk have been told to withdraw, according to the top regional official.

The city is the focus of Russia’s invasion as Moscow tries to take control of large parts of east Ukraine.

Russian forces have made advances in recent days and have nearly encircled the city, and its twin city Lysychansk.

“They have received orders to retreat to new positions… and from there continue their operations,” Mr Haidai told Ukrainian television.

“There is no point in staying in positions which have been destroyed over several months just for the sake of staying,” he said.

The city’s entire infrastructure has been completely destroyed, Mr Haidai added, with over 90% of houses shelled and 80% of them critically damaged.

Russia’s invasion of Ukraine, which began in February, has been focused on Severodonetsk and its twin city Lysychansk for several weeks.

They are the last remaining Ukrainian positions in the Luhansk region, one of two regions which make up the eastern Donbas.

Russia’s President Vladimir Putin has falsely claimed that Russian speakers in the Donbas have been the victims of genocide – one of the key justifications he uses for invading Ukraine.

On Thursday, Russian forces took control of more territory to the south of Severodonetsk and Lysychansk, raising fears that Ukrainian forces will soon be encircled there.