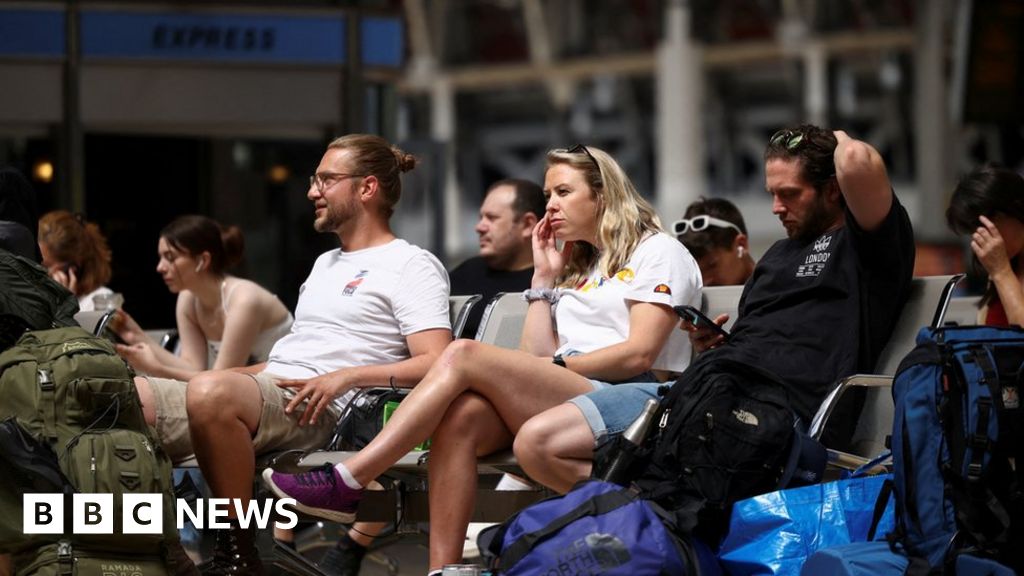 Train services in Britain will continue to be disrupted on Wednesday as talks resume in a bid to resolve a dispute over jobs, pay and conditions.

Millions of passengers were affected on Tuesday after rail workers walked out in the largest rail strike in decades.

While strikes are not being held on Wednesday, only 60% of trains are expected to be running.

The RMT union will meet Network Rail and train companies, ahead of planned strikes on Thursday and Saturday.

But Prime Minister Boris Johnson has warned passengers must be ready to “stay the course”, insisting that reforms of the rail sector are in the interests of the travelling public.

About 40,000 members of the Rail, Maritime and Transport (RMT) union working for Network Rail and 13 train operators walked out on Tuesday.

Half of all lines were closed and much of the country had no rail service at all on Tuesday, including most of Scotland and Wales, the whole of Cornwall and Dorset, and places such as Chester, Hull, Lincoln and Worcester.

It led to travel chaos across Britain – from surging road traffic and journeys taking longer – as people found alternative modes of transport.

Disruption is set to continue on Wednesday, because the lack of overnight staff is expected to delay the first trains by up to four hours in some places, and only about 60% of normal services are due to run.

RMT general secretary Mick Lynch said the turnout at picket lines on Tuesday was “fantastic” and exceeded the union’s campaign.

“Our members will continue the campaign and have shown outstanding unity in the pursuit of a settlement to this dispute”, he said.

The RMT is calling for a pay rise of 7%, while employers have offered a maximum of 3%. Inflation – the rate at which prices are rising – is currently 9% but the Bank of England forecasts it will reach about 11% in the autumn.

Mr Lynch accused the government, which owns Network Rail, of actively preventing employers and the RMT from reaching a settlement.

The RMT has been asked by Network Rail to attend formal consultation talks next month on introducing “modern working practices”.

Network Rail official Tim Shoveller said about 1,800 jobs were expected to be cut, but the “the vast majority” would be through “voluntary severance and natural wastage”.

Speaking at a cabinet meeting on Tuesday, the prime minister said without modernisation to the industry, train operators risked going bust and passengers faced ever-increasing prices that could lead to them abandoning rail travel.

Meanwhile, the government is planning to introduce a new law this week to make it legal for employers to bring in agency staff to replace striking workers – but it will not impact the planned rail strikes on Thursday and Saturday.

How are you affected by the rail strikes? Do you have an important event to attend during the strike period? What alternative travel arrangements have you made? Tell us by emailing: haveyoursay@bbc.co.uk.