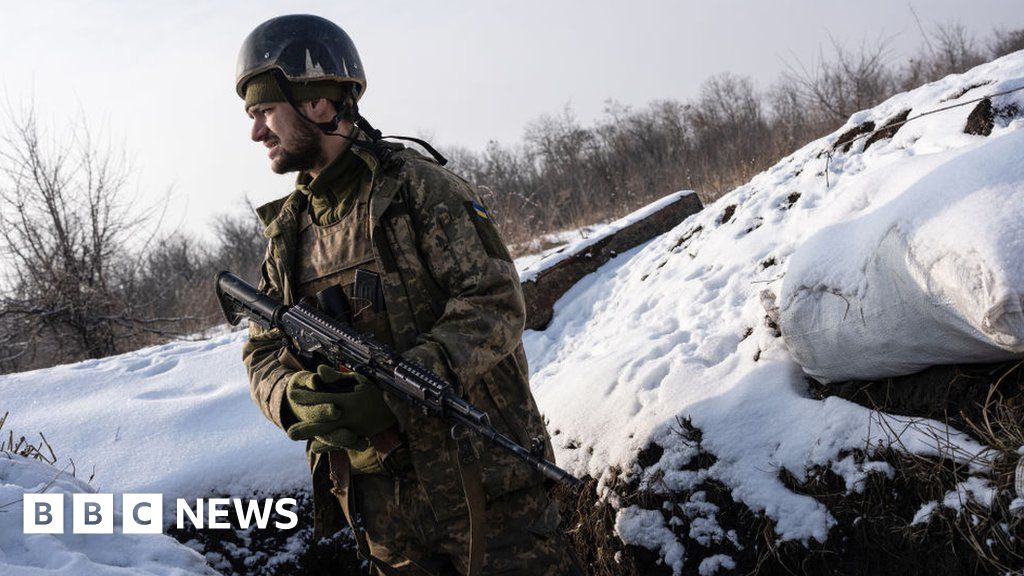 US President Joe Biden has warned there is a “distinct possibility” Russia might invade Ukraine next month, the White House says.

Russia meanwhile says it sees “little ground for optimism” in resolving the crisis after the US rejected Russia’s main demands.

The build-up of tens of thousands of Russian troops on Ukraine’s borders in recent weeks has stoked fears of an invasion.

Russia denies it is planning an attack.

The US president made the comments in a telephone conversation with Ukrainian President Volodymyr Zelensky on Thursday.

“President Biden said that there is a distinct possibility that the Russians could invade Ukraine in February,” White House National Security Council spokesperson Emily Horne said.

“He has said this publicly and we have been warning about this for months.”

During their talk, President Biden “reaffirmed the readiness of the United States along with its allies and partners to respond decisively if Russia further invades Ukraine”, a White House statement said.

Mr Zelensky said they “discussed recent diplomatic efforts on de-escalation and agreed on joint actions for the future”.

Axios, citing unnamed sources, suggested the two disagreed on how imminent the threat was. Some military experts suggest Russia may be waiting for the ground in Ukraine to freeze so they can move in heavy equipment.

Also on Thursday, the US threatened to halt the opening of a key pipeline that would send Russian gas to Western Europe if Russia invades Ukraine.

Nord Stream 2 would run from Russia to Germany, and on Thursday officials in Berlin said the project could face sanctions if Russia attacks.

Western allies say they will target Russia’s economy if it invades, and the latest comments signal a hardening of their stance.

The 1,225km (760-mile) pipeline took five years to build and cost $11bn (£8bn). The energy project, which would run under the Baltic Sea, is designed to double Russia’s gas exports to Germany.

But as yet it has not started operating, as regulators said in November it does not comply with German law and suspended its approval.

Russia denies any plans to invade but last month made wide-ranging security demands from the West, including that Ukraine never be allowed to join the Nato military alliance.

The US rejected this key demand, while offering what it called a “serious diplomatic path forward” to Moscow.

Kremlin spokesman Dmitry Peskov said on Thursday that the US response left “little ground for optimism”, but added that “there always are prospects for continuing a dialogue, it’s in the interests of both us and the Americans”.

The proposals will not be made public, but US Secretary of State Antony Blinken said the document made their “core principles” clear, including Ukraine’s sovereignty and its right to choose to be part of security alliances such as Nato.