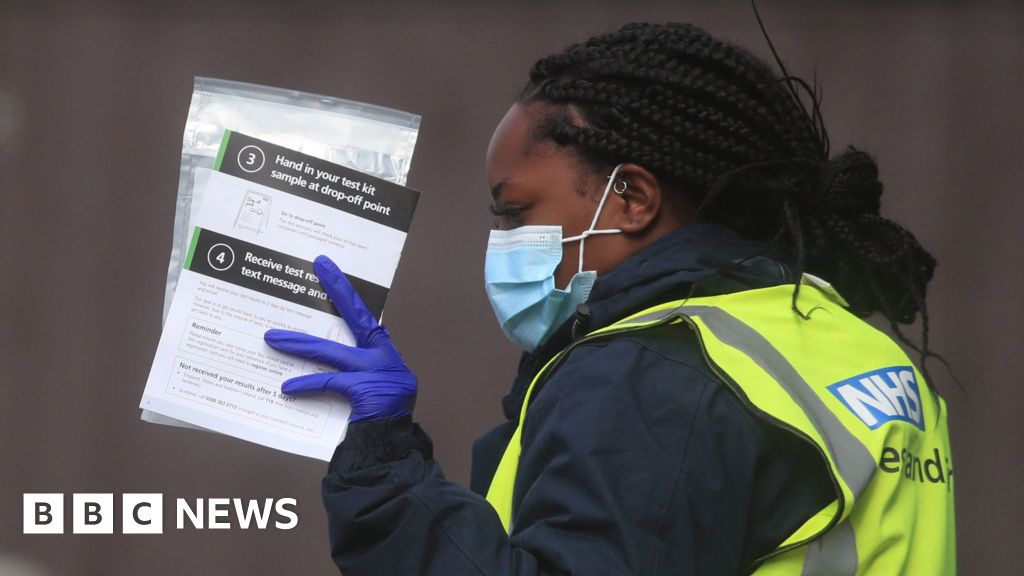 The first real world data showing the coronavirus variant Omicron may evade some of our immunity has been reported by scientists in South Africa.

Scientists have detected a surge in the number of people catching Covid multiple times.

It is a rapid analysis and not definitive, but fits with concern about the mutations the variant possesses.

It is also not clear what this means for the protection given by vaccines.

A week after the variant was named Omicron, the world is still scrambling to understand the true threat posed by the variant. But now the first of pieces of a large and complex puzzle are starting to be assembled.

We already know the variant is heavily mutated and officials in South Africa have warned it is leading to a surge in cases there.

The latest piece of the jigsaw is understanding how likely somebody who has already had Covid is likely to catch Omicron.

It has also been detected in more than 30 countries.

Scientists have analysed nearly 36,000 suspected re-infections in South Africa to look for any changes to re-infection rates (catching it twice or more) throughout the pandemic.

They showed there was no surge in the risk of re-infection during either the Beta or Delta waves. This is despite laboratory studies suggesting those variants had the potential to evade some immunity.

However, they are now detecting a spike in re-infections. They have not tested each patient to prove it is Omicron, but they say the timing suggests the variant is the driving force.

The study, which has not been formally reviewed by other scientists, estimates Omicron could be twice as likely to cause a re-infection than earlier variants.

Prof Juliet Pulliam, from Stellenbosch University and one of the researchers, said: “These findings suggest that Omicron’s selection advantage is at least partially driven by an increased ability to infect previously infected individuals.”

However, it is still only one piece of the puzzle.

There are questions about how much waning immunity is a factor and the extent to which any variant would be able to take off now.

In addition, this was a rapid analysis and more data will come with time. The high burden of HIV, which suppresses the immune system, in the country also makes it harder to interpret the findings for the rest of the world.

Laboratory studies that show how well antibodies can attack the virus are expected to give results in the next week.

Does the timing matter?

In South Africa, only 24% of people are fully vaccinated. The researchers said their findings could have “important implications” for similar countries where there are high levels of natural immunity from infection.

But Prof Pulliam stressed they “cannot make any assessment of whether Omicron also evades vaccine-derived immunity” because they did not have that data.

That makes it harder to understand what would happen in countries like the UK which have not only vaccinated far more people, but have rapidly rolled out booster doses to enhance immunity even further.

Boosting the immune system should compensate for some of the variant’s immune-evading tricks.

Prof Paul Hunter, from the University of East Anglia, said: “The implications of this paper are that Omicron will be able to overcome natural and probably vaccine-induced immunity to a significant degree.

“But, the degree is still unclear – though it is doubtful that this will represent complete escape.”

The gut instinct of most scientists is that even if vaccines are less effective at stopping you catching Covid their main job of preventing severe disease and death will hold up better.

However, Omicron could still cause a problem even if that is the case. If the variant is capable of causing a sudden large wave of new infections that could again put pressure on hospitals.

It is still too soon to know for sure as it takes a couple of weeks from catching the virus to needing hospital care. South Africa is also a relatively young country, which means Covid will appear milder than it would if it spread in a more elderly population.