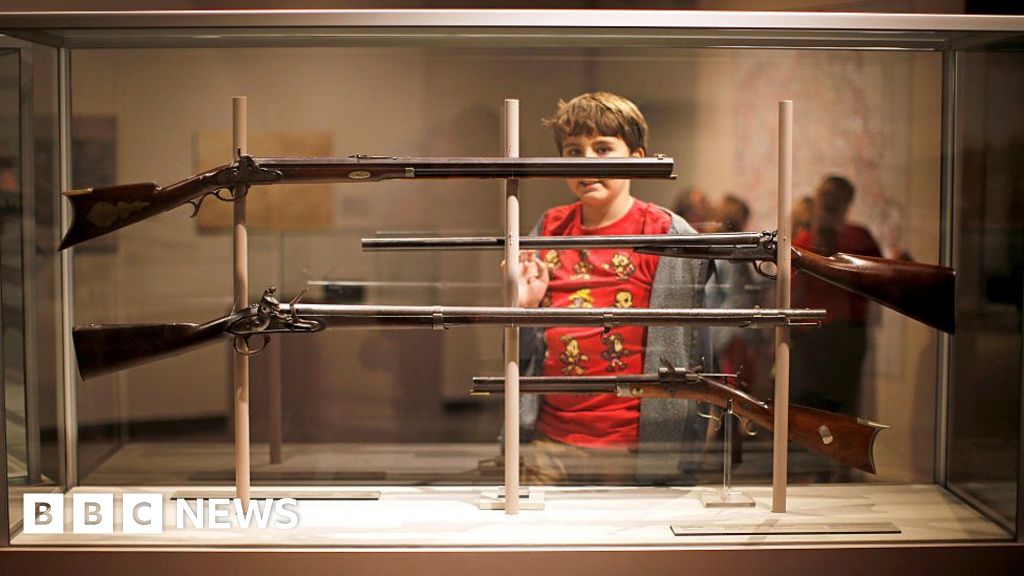 After a crime spree spanning decades, antique thief Thomas Gavin had just one explanation for his museum heists: he likes “collecting” old things.

Mr Gavin, 78, has now been sentenced to one day in jail after being caught trying to sell a rare rifle dating back to the US Revolutionary War.

When questioned, he admitted to dozens of other robberies in the 1960s and 1970s and apologised for the trouble.

In July, Mr Gavin – a resident of Pottsville, Pennsylvania – pleaded guilty to disposal of an object of cultural heritage stolen from a museum.

As part of his plea, Mr Gavin admitted that he stole an antique rifle, crafted by a master gunsmith in 1775, from the Valley Forge State Park Museum in 1971.

The Christian Oerter rifle is one of only two such rifles known to have survived with its original flint mechanism that bears the maker’s name, place and date of manufacture. It is worth more than $175,000 (£131,000).

The FBI found Mr Gavin after he attempted to sell the rifle and other stolen items to an antiques dealer in July 2018.

The dealer later told reporters he realised the rifle was stolen after seeing it mentioned in a 1980 book written by an antique rifle expert.

“Stealing an artefact from a museum – literally a piece of American history – is a serious federal offense,” US Attorney Jennifer Arbittier Williams said in a statement. “After four decades, justice finally caught up with this defendant.”

In addition to his day behind bars, Mr Gavin was sentenced to three years of supervised release, including one year of home confinement, as well as a $25,000 fine and a $23,385 restitution payment.

When questioned by the FBI in February 2020, Mr Gavin admitted to stealing the rifle, in addition to other antique 18th and 19th-century rifles from museums across the state.

The judge this week, however, noted that the statute of limitations on many of the thefts had already passed. In other cases, the stolen items are worth less than the $5,000 threshold needed for federal charges.

In court on Tuesday, the now wheelchair-bound 78-year-old didn’t explain his thievery, but expressed his remorse.

“I’m sorry for all this trouble,” Mr Gavin said, according to the Philadelphia Inquirer. “I never really thought about it back then, and now it’s all come out.”

His lawyer characterised Mr Gavin as “a collector of all manner of old things”, noting his barn is “jammed full” of antique goods.

“Whether he is considered a collector or a hoarder, profit was not his motivation.”

In July, KT Newton, the assistant US attorney who prosecuted the case, was quoted by the New York Times as saying antique thefts are often a “phenomenon”.

“In my experience prosecuting these types of cases, oftentimes it’s that these individuals just want to have the thing,” she said. “Their obsession is that they want to have them and so they take them.”