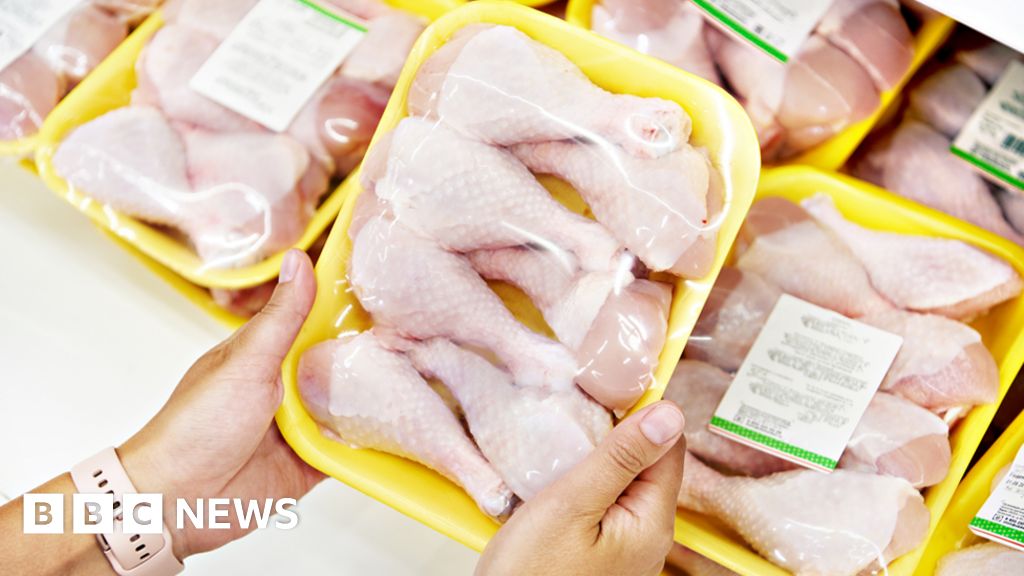 The UK’s largest poultry seller has warned that the price of chicken is set to rise because of supply chain problems.

The chief executive of 2 Sisters Food Group, Ronald Kers, said that “in reality food is too cheap”.

Mr Kers told the BBC that the price of chicken, the UK’s most popular meat, should be higher to reflect the extra costs the business is facing.

The firm has 600 farms and 16 factories across the UK.

Mr Kers told the BBC’s Today programme that the company has had to cope with additional costs because of Brexit, Covid, labour shortages and logistics issues.

He added that the “significant” inflated costs of packaging, energy and CO2 were also “bulking up the price of food”.

On Wednesday, the founder of 2 Sisters Food Group, Ranjit Boparan, warned that chicken prices would rise by 10%.

“How can it be right that a whole chicken costs less than a pint of beer?” he said.

Mr Boparan said the days of low prices were “coming to an end” and that “transparent, honest pricing” was needed because of mounting costs.

The company has seen its CO2 costs rise by more than 500% in three weeks, while energy costs have increased by more than 450% from a year earlier.

It also said feed costs at farms have risen by 15%, with commodity costs in the farming process also up by around 20%.

“People on farms are struggling – we don’t have enough people on our factories, farms or enough HGV drivers and as a result we’re seeing empty shelves and reduced choice,” he continued.

“There’s no margin in the whole supply chain”.

The government’s visa scheme for short-term workers meant the company was able to bring in an additional 700 people to secure the volume they needed for Christmas, but Mr Kers said the scheme came “a little to late and a little too short”.

2 Sisters sells 60% of all turkeys in the country and while Mr Kers said the overall supply chain was “clearly very fragile”, he advised shoppers to buy “normally”.

The firm produces about a third of all the poultry products consumed in the UK and processes more than 10 million birds each week.

Budget 2021: English city regions to get £6.9bn for public transport
Saving a million salmon and a tribe in a historic drought
Syria war: Deadly bomb blasts hit military bus in Damascus
AD, D-12 get into it during Lakers’ loss
Opener proves NBA should still ‘Fear the Deer’