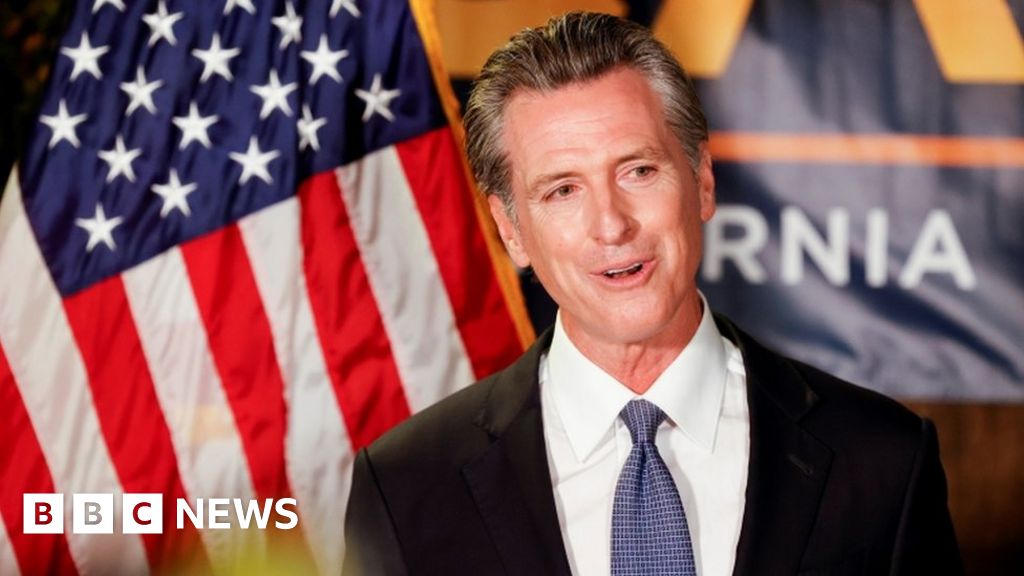 California Governor Gavin Newsom appears to have survived a rare state-wide vote to remove him with a clear majority, US media report.

Republicans launched the election over his handling of the pandemic.

The Democrat, currently in the third year of his four-year term, had faced a field of 46 candidates, and was expected to win by a large margin.

Both President Joe Biden and Vice-President Kamala Harris campaigned with Mr Newsom ahead of the contest.

The BBC’s US partner CBS projects that the governor will prevail, with about two-thirds of voters backing him and more than 60% of the vote tallied.

“I’m humbled and grateful to the millions and millions of Californians that exercised their fundamental right to vote,” Mr Newsom said in a victory speech in Sacramento.

The outcome has been closely watched as a bellwether for national 2022 elections.

On the eve of the recall vote, Mr Biden appeared at a rally with Mr Newsom – a former San Francisco mayor – to tell voters that their choice will “reverberate around the world”.

The effort to unseat Mr Newsom has been driven by increasingly partisan politics, but gained steam after he was photographed dining at a fancy restaurant while urging Californians to stay home to avoid spreading Covid-19.

He apologised for the “bad mistake” but some voters found his actions to be hypocritical.

Nearly 1.5 million signatures were gathered by petition (equal to 12% of the 2018 vote), meeting the bar for an election to test to decide whether Californians wanted to keep Mr Newsom in office, or replace him.

Mr Newsom faced a ragtag group of conservatives hoping to take his place, including reality TV star Caitlyn Jenner, who vanished from the campaign trail to film Celebrity Big Brother in Australia.

Republican John Cox drew attention for travelling with a live Kodiak brown bear as part of his “unleash the beast” campaign – he cast himself as the “beast” to Mr Newsom’s “beauty”.

With the largest state population in the US, California has some 22 million registered voters and the fifth largest global economy.

The Golden State has been firmly Democratic in national elections, but the state does have large Republican regions. Six million voters cast ballots for Donald Trump in 2020, leaving Mr Biden with a 29-point victory in the state.

There have been consistent efforts to remove California governors through the recall process since the 1960s, though many do not qualify for a vote.

Fellow Hollywood actor Ronald Reagan also got his political start as a Republican governor of California before later serving eight years as US president from 1981 to 1989.

As the polls closed across California, the governor of the Golden State was probably breathing a little more easily than he would have been a couple of months ago. At the beginning of August, the polls indicated that this could be an unexpectedly tight race.

And it wasn’t just Gavin Newsom who was sweating in the intense Californian summer heat.

If he were to lose this recall election, it wouldn’t just end his political career – it would result in a hand-break turn for the political trajectory of California, with a new Republican Governor elected by a tiny proportion of the state’s 22 million voters. And that could have major national implications.

California’s senior Senator Diane Feinstein is 88 years old. If she were, for any reason, unable to complete her term after a new Republican Governor had been inaugurated, they would appoint her replacement and, in doing so, immediately eliminate the Democrats voting majority of just one in the Senate.

What began as a grassroots recall effort effectively became a referendum on the Democrats’ handling of the coronavirus. Strategists on both sides will now be looking for indications of how their national pandemic policies are playing in marginal congressional districts.

This is, if you like, a training run ahead of next year’s mid-term marathon.