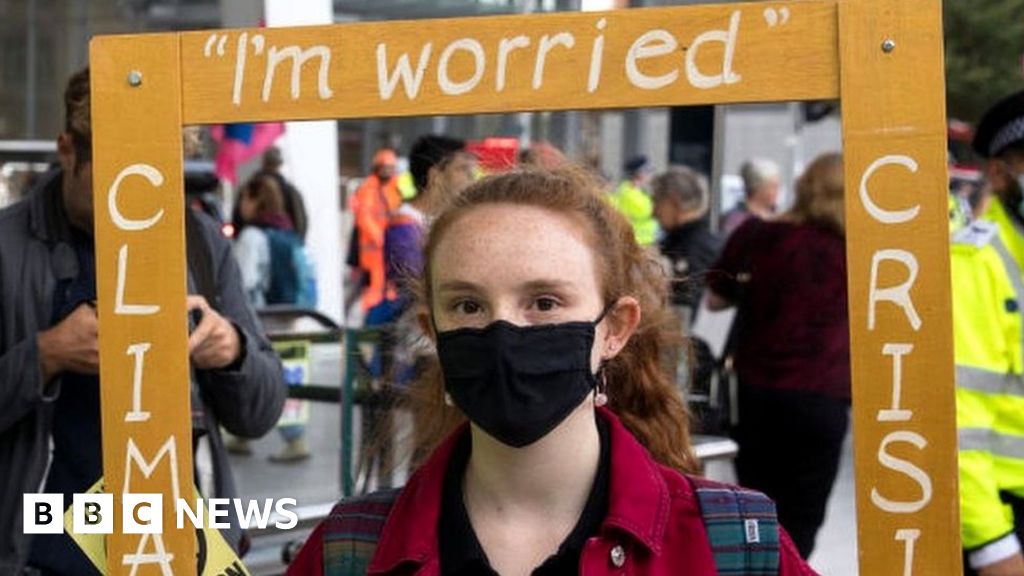 A new global survey illustrates the depth of anxiety many young people are feeling about climate change.

More than 45% of those questioned said feelings about the climate affected their daily lives.

Three-quarters of them said they thought the future was frightening. Over half (56%) say they think humanity is doomed.

One 16-year-old said: “It’s different for young people – for us, the destruction of the planet is personal.”

The survey across 10 countries was led by Bath University in collaboration with five universities. It’s funded by the campaign and research group Avaaz. It claims to be the biggest of its kind, with responses from 10,000 people aged between 16 and 25.

Many of those questioned perceive that they have no future, that humanity is doomed, and that governments are failing to respond adequately.

Many feel betrayed, ignored and abandoned by politicians and adults.

The authors say the young are confused by governments’ failure to act. They say environmental fears are “profoundly affecting huge numbers of young people”.

Chronic stress over climate change, they maintain, is increasing the risk of mental and physical problems. And if severe weather events worsen, mental health impacts will follow.

The report says young people are especially affected by climate fears because they are developing psychologically, socially and physically.

The lead author, Caroline Hickman from Bath University, told BBC News: “This shows eco-anxiety is not just for environmental destruction alone, but inextricably linked to government inaction on climate change. The young feel abandoned and betrayed by governments.

“We’re not just measuring how they feel, but what they think. Four out of 10 are hesitant to have children.

“Governments need to listen to the science and not pathologise young people who feel anxious.”

The authors of the report, to be published in the journal Lancet Planetary Health, say levels of anxiety appear to be greatest in nations where government climate policies are considered weakest.

There was most concern in the global south. The most worried rich nation was Portugal, which has seen repeated wildfires.

Tom Burke from the think tank e3g told BBC News: “It’s rational for young people to be anxious. They’re not just reading about climate change in the media – they’re watching it unfold in front of their own eyes.”

The authors believe the failure of governments on climate change may be defined as cruelty under human rights legislation. Six young people are already taking the Portuguese government to court to argue this case.

The survey was carried out by the data analytics firm Kantar in the UK, Finland, France, the US, Australia, Portugal, Brazil, India, the Philippines and Nigeria. It’s under peer review on open access.

Young people were asked their views on the following statements:

The researchers said they were moved by the scale of distress. One young person said: “I don’t want to die, but I don’t want to live in a world that doesn’t care for children and animals.”