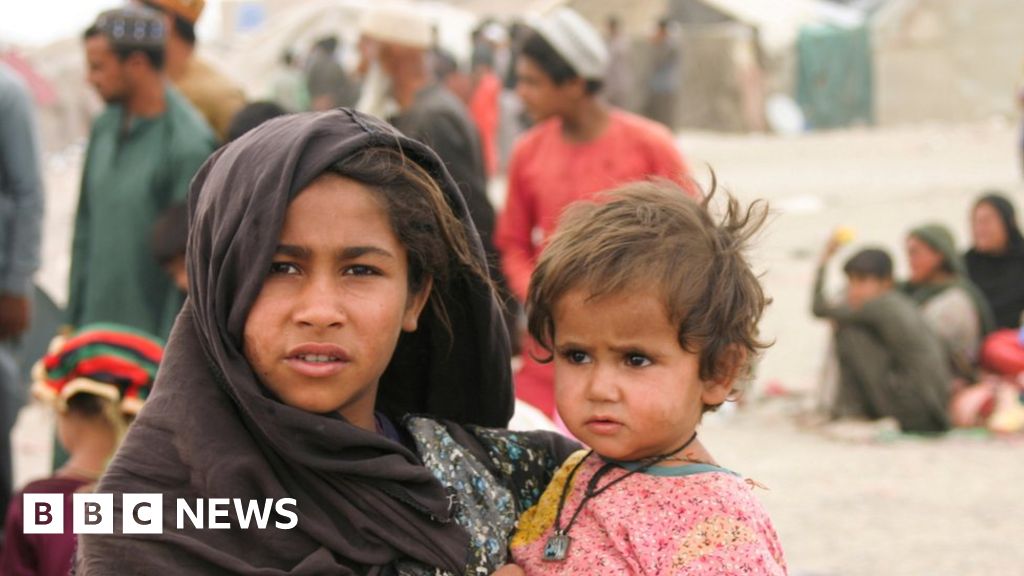 The United Nations is seeking to raise more than $600m (£434m) in aid for Afghanistan, warning the country is facing a major humanitarian crisis.

It is calling for international support at a conference in Geneva, following the Taliban’s takeover last month.

“After decades of war, suffering and insecurity, they [Afghans] face perhaps their most perilous hour,” Secretary-General Antonio Guterres said.

The UN says the $600m target will bring “vital relief” to millions.

In his opening remarks, Mr Guterres called the humanitarian crisis in Afghanistan a “looming catastrophe”, and said the people of Afghanistan were in desperate need of a lifeline.

“Today one in three Afghans do not know where their next meal will come from, the poverty rate is spiralling and basic public services are close to collapse. Hundreds of thousands of people have been forced to flee their homes and at the same time Afghanistan faces a severe drought – the second to hit the country in four years. Many people could run out of food by the end of this month just as winter approaches,” he warned.

The UN has appealed to the Taliban to give aid workers unimpeded access.

Even before the Islamist militants retook control of Afghanistan in August, more than 550,000 people had been forced to flee their homes this year due to fighting.

That means an estimated 3.5 million people are currently internally displaced within the country. Afghans have also had to deal with a severe drought as well as food shortages.

The conference on Monday is being attended by top UN officials as well as aid organisations including the Red Cross and various international governments.

About a third of the money it is seeking to raise would be used by the UN’s World Food Programme (WFP), which earlier said many Afghans did not have access to cash to afford sufficient food.

“It’s now a race against time and the snow to deliver life-saving assistance,” WFP deputy regional director Anthea Webb told Reuters news agency. “We are quite literally begging and borrowing to avoid food stocks running out.”

The UN High Commissioner for Refugees, Filippo Grandi, tweeted that he had arrived in Kabul on Monday to “assess the country’s acute humanitarian needs”.

Thousands of people have fled Afghanistan since the Taliban took control of Kabul on 15 August following a rapid offensive.

On Monday, a special Pakistan International Airlines flight arrived in the capital to take passengers to Islamabad.

In a separate development, Abdul Ghani Baradar, the Taliban co-founder and new deputy prime minister of Afghanistan, issued an apparent audio statement after reports that he had died spread on social media.

“I have been away on trips,” he said in the clip. “Wherever I am at the moment, we are all fine, all my brothers and friends.”

The BBC has not been able to verify the recording, which was posted on a number of official Taliban websites.