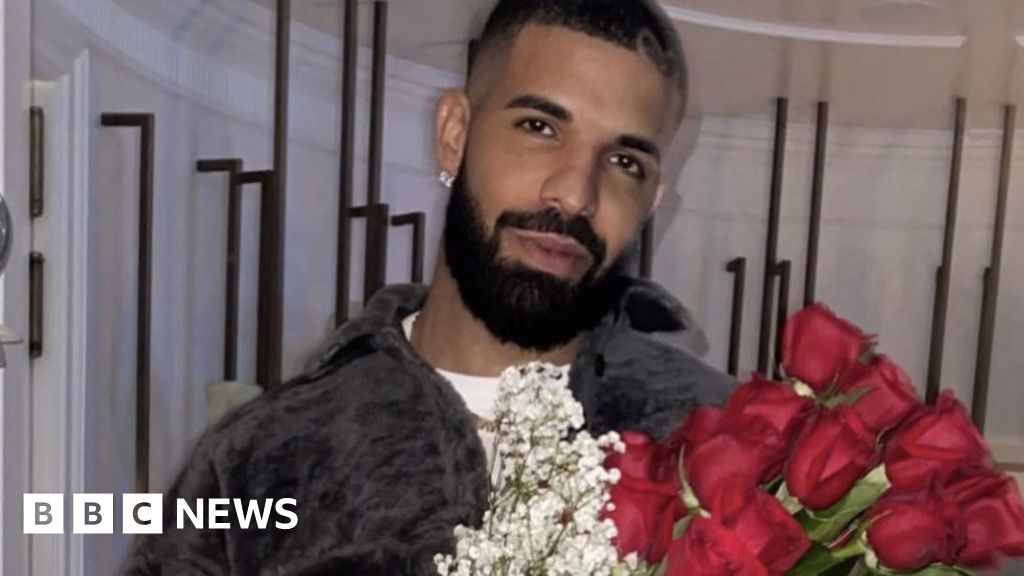 The former Beatles are listed on the opening track, Champagne Poetry, for an interpolation of their song Michelle.

Originally scheduled for 2020, then early 2021, the record was delayed when the star tore his anterior cruciate ligament, requiring knee surgery.

“Between surgery and rehab my energy has been dedicated to recovery,” he said in a message to fans at the start of 2021.

“I’m blessed to be back on my feet and feeling great and focused on the album, but CLB won’t be dropping in January.”

Drake finally confirmed a release date with a cryptic message on sports channel ESPN last month and, in the last couple of days, teased the names of his collaborators on billboards in New York, Toronto, Chicago, and Los Angeles.

The 34-year-old is one of the most influential and successful hip-hop stars of the last decade, whose emotionally vulnerable lyrics and unique vocal delivery fundamentally changed the nature of rap music.

“In Drake’s hands, rapping and singing were in constant, graceful dialogue,” wrote the New York Times’s critic Jon Caramanica in an essay on the star’s impact last year.

By blurring the lines between rapping and singing, the Canadian star “exploded the notion that those component parts had to be delivered by two different people, and also deconstructed what was expected from each of them,” he added.

“His hip-hop was fluid, not dogmatic. And in so remaking it, he set the template for what would eventually become the global pop norm.”

That template, first established on 2009’s So Far Gone mixtape, remains largely intact for Certified Lover Boy. Drake swerves between sentimentality and braggadocio, clinging to his usual themes: He’s been misrepresented and misunderstood; he’s better than the rappers who diss him, but also hurt by their disses; and he’s perennially, fatally unlucky in love.

“You said I was too invested / And that’s what had forced you to go,” he sings over a hesitantly skipping soul beat.

He’s not afraid to address his own failings, either. One track, whose name is unprintable here, sees the star confess to “shamelessly” sleeping with fans when he was in a relationship.

“Then I had a kid, even though I never planned to,” he says, as an icy synth line chills the room. “I cannot imagine when your girls gave you that news. I know that… probably made you want to kill me.”

The lyrics refer to Drake’s son Adonis, who he fathered with artist and former adult film star Sophie Brussaux in 2017, and fans are already trying to guess the identity of the woman he cheated on.

Drake himself hints it is someone in the public eye, rapping that “the whole entire world wished they had you“, while he was being unfaithful.

There’s also plenty of fodder for anyone who’s followed Drake’s continuing beef with Kanye West. At various points, he taunts the rapper for not owning the masters to his own music, and for his failed presidential bid, amongst other things.

Musically, Certified Lover Boy isn’t as adventurous as Drake’s previous records, although the dembow beats of Fountains and the soulful clatter of You Only Live Twice are shards of light amongst the more introspective, auto-tuned tracks.

But over an 86-minute running time there are always going to be some mis-steps.

Way 2 Sexy is a wholly unnecessary rap update of Right Said Fred’s novelty hit I’m Too Sexy. Even worse is Girls Want Girls – an excruciating account of trying to sleep with a gay woman, in which Drake actually utters the line: “You say that you a lesbian? Girl, me too.”

It’s dated and beyond cringeworthy…as is arguably Damien Hirst’s artwork which, for some reason, features 12 pregnant woman emojis cradling their bellies.

But misjudgements and course correction have always been part of Drake’s brand. There’s even a song on Certified Lover Boy called The Remorse, a sparse, piano-driven track in which Drake lists his achievements and mistakes in equal measure, while meditating on his particularly candid brand of hip-hop.

“Pain is just a place that I go to get the bars from / Anxiety’s a drug that I use to get the job done”.

Elsewhere, he suggests that source of inspiration is starting to run dry. “I’ve been losing friends and finding peace,” he raps over the low-slung beat of Fair Trade, “but honestly that sound like a fair trade to me“.

It would certainly be interesting to see what a more contented, less embattled Drake would have to offer. But for now, Certified Lover Boy is an entrancing, if not ground-breaking, addition to his impressive catalogue.