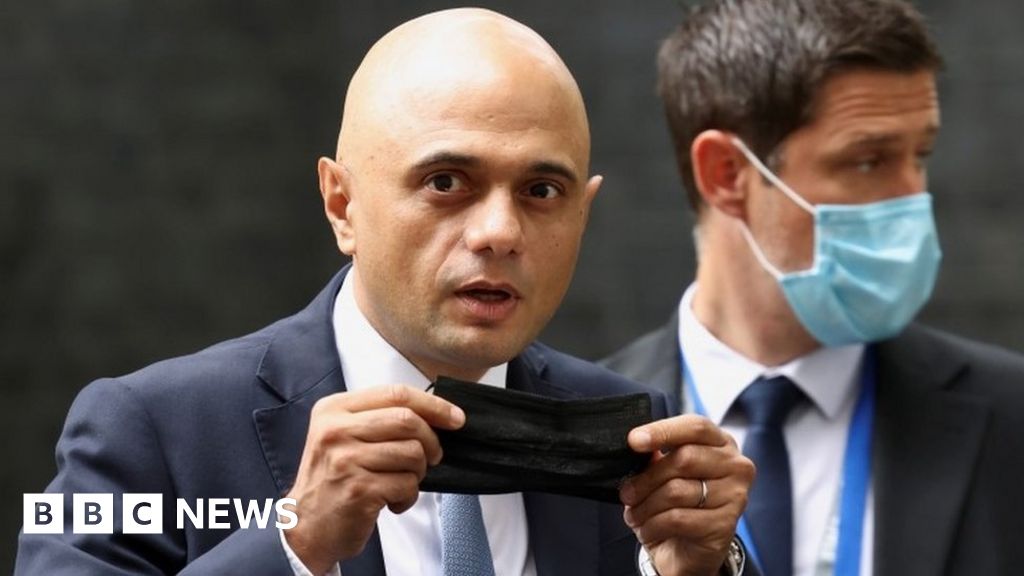 Health Secretary Sajid Javid has apologised after saying people should no longer “cower” from coronavirus.

He made the comments in a tweet announcing he had made a “full recovery” from Covid, a week after testing positive.

Labour accused him of denigrating those who followed the rules, while the founder of a victims’ group said his comments were “deeply insensitive”.

Mr Javid said: “It was a poor choice of word and I sincerely apologise.”

“I was expressing gratitude that the vaccines help us fight back as a society,” he said.

In a new tweet, the health secretary also said he had deleted his earlier post, adding: “Like many, I have lost loved ones to this awful virus and would never minimise its impact.”

Cower is defined by the Cambridge Dictionary as meaning to bend down or move backward with your head down because you are frightened.

The tweet on Saturday said: “Full recovery from Covid a week after testing positive. Symptoms were very mild, thanks to amazing vaccines.

“Please – if you haven’t yet – get your jab, as we learn to live with, rather than cower from, this virus.”

Nearly 70% of UK adults are now fully vaccinated, and 88% have had their first jab, according to the latest figures.

Every adult in the UK has now been offered a vaccine. But, amid a spike in cases caused by the Delta variant, the government has launched a series of appeals in recent weeks to encourage people who have not yet come forward to have their jab.

He tested positive for Covid on 17 July and spent the last week in self-isolation. The prime minister and chancellor also began self-isolating after they had come into contact with him.

The group’s co-founder, Jo Goodman, said earlier that the “flippancy and carelessness” of Mr Javid’s comment had “caused deep hurt and further muddied the waters of the government’s dangerously mixed messaging”.

Shadow justice secretary David Lammy also questioned his use of the word, saying: “Don’t denigrate people for trying to keep themselves and their families safe.”

Lib Dem health spokeswoman Munira Wilson said Mr Javid’s tweet was “outrageous” and his “careless words have insulted every man, woman and child who has followed the rules and stayed at home to protect others”.