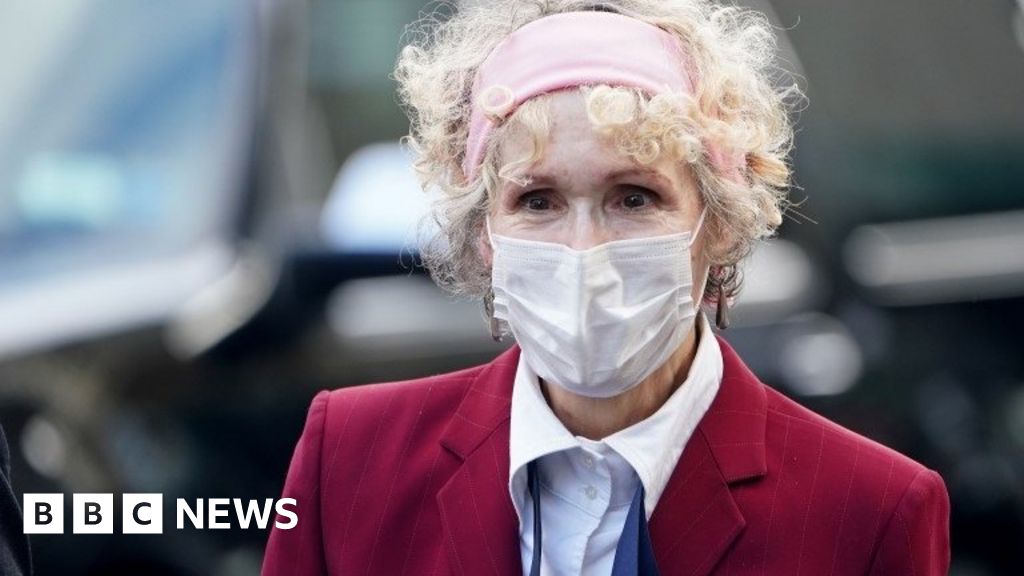 A US federal judge has dismissed an effort by the Department of Justice (DoJ) to defend President Donald Trump in a case brought by a woman who accuses him of raping her.

Columnist E Jean Carroll accuses Mr Trump of assaulting her in a Manhattan department store in the 1990s.

In a lawsuit, she argues the president defamed her when he denied her claim and said she was “totally lying”.

The DoJ had sought to put itself in the dock as defendant, instead of Mr Trump.

Citing a law designed to protect federal employees from being sued over actions stemming from the performance of their duties, the department argued that he was serving in his capacity as president when he denied Ms Carroll’s allegation.

What did the judge say?

But Judge Lewis Kaplan of the Federal District Court in Manhattan argued that the US president was not an “employee” within the meaning of that law – the Tort Claims Act.

Mr Trump’s critics say that during his presidency he has compromised the DoJ, which is meant to operate independently of the White House.

The case was filed in New York state court in November 2019 and Mr Trump was represented by his personal lawyer Marc Kasowitz.

The DoJ had raised this to a federal court level, where the case would pit Ms Carroll against the US government – not Mr Trump as a private citizen.

Experts say the move would have brought the lawsuit to an end as the federal government cannot be sued for defamation.

Judge Kaplan’s ruling means the original case can go ahead.

In a 61-page ruling, Judge Kaplan said Mr Trump’s comments “concerned an alleged sexual assault that took place several decades before he took office, and the allegations have no relationship to the official business of the United States”.

The president is currently in the midst of a campaign for re-election against Democratic challenger Joe Biden in November.

How did E Jean Carroll respond?

Ms Carroll – who was an advice columnist for Elle magazine – said in a statement: “When Donald Trump called me a liar and denied that he had ever met me, he was not speaking on behalf of the United States. I am happy that Judge Kaplan recognised these basic truths.”

Her lawyer Roberta Kaplan said the case would now be pursued in a federal court, adding: “That brutal, personal attack cannot be attributed to the Office of the President.”

Ms Carroll’s legal team has asked the president to provide a DNA sample so they can determine whether his genetic material is on a black Donna Karan dress that she says she was wearing at the time of the alleged assault.

What does E Jean Carroll allege?

She says the attack happened at a Bergdorf Goodman store in Midtown Manhattan in late 1995 or early 1996, when the pair bumped into each other while shopping.

The former Apprentice star and real estate magnate allegedly asked her for advice when buying lingerie for another woman and jokingly asked her to model it for him.

In the changing rooms, she said Mr Trump lunged at her, pinned her against a wall and forced himself on her.

Ms Carroll claims she managed to push him off after a “colossal struggle”.

Both Mr Trump and Ms Carroll were aged around 50 at the time, and he was married to Marla Maples.

Mr Trump has publicly denied the allegation several times, including saying that Ms Carroll was “totally lying” and “not my type”.