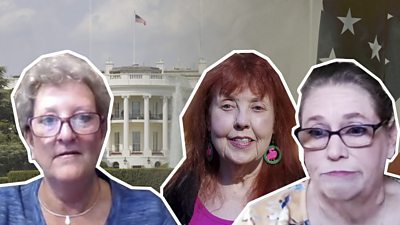 More white women voted for Donald Trump than for Hillary Clinton in 2016, according to research.

But polls now suggest they’re changing their minds about the president.

Population reporter Stephanie Hegarty explores the shift in attitudes, and looks at what impact it could have on November’s election.