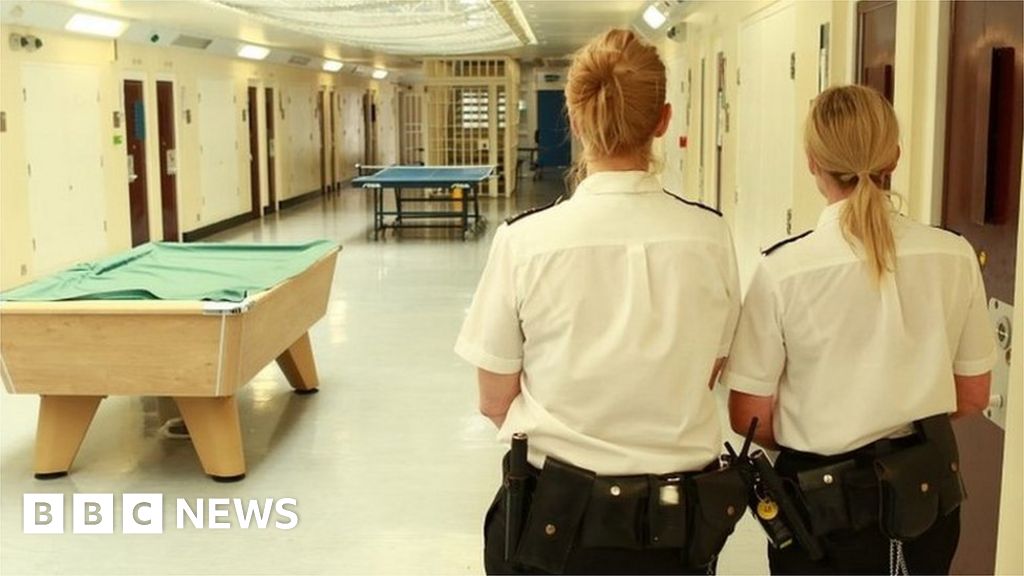 Prisons in England and Wales are now safer than before coronavirus because of rules brought in to reduce mixing by inmates, a union has claimed.

The Prison Officers’ Association (POA) said staff and prisoners were getting on better and gang violence was down.

It argued that separated living groups, put in place to restrict infection, were a “blessing in disguise” and should become permanent.

It promised to “consider what lessons we can learn from the pandemic”.

Prisons in England and Wales went into full lockdown in March, with visitors banned.

Since then restrictions have eased, but many inmates are being housed – and allowed to socialise – in groups of around 15 to 20 to prevent the spread of coronavirus. Normally they would be able to mix in much larger numbers when not in their cells.

Under the new regime, officers are generally assigned to work with specific smaller groups, rather than dealing with entire wings.

And prisoners are reportedly being locked up for longer – sometimes for more than 23 hours a day – as access to communal areas, such as exercise yards, showers and dining halls, becomes more time-limited.

The Prisons Reform Trust, which campaigns to improve jail conditions, has raised concerns that violence and self-harm will increase if restrictions continue.

Last month it was reported that the coronavirus-prevention regime at HMP Erlestoke, Wiltshire, had made it “less safe”. Inspectors found “troubling conditions”, with inmates saying they were “frustrated” by a lack of activity.

But POA national chairman Mark Fairhurst told the BBC that prisons across England and Wales had, according to his union’s members, become “less violent and more safe”, adding: “We’ve also been able to forge better staff-prisoner relations.”

Mr Fairhurst said: “If you let out 200 prisoners at one time, an entire wing, you are putting people at risk from another 199 people – from threats, attacks and bullying.

“It’s much easier to deal with these problems if there are only 15 to 20 people at a time. Gang violence, in particular, is cut down.”

Mr Fairhurst said it was important, where prisoners were being locked up for longer each day, to organise “purposeful, constructive activities”, such as education and workshops.

“The government should listen to the experts in prisons – the staff – who say the situation is now safer and more stable,” he said.

“It’s been a blessing in disguise. It’s given us an opportunity to reassess our regimes. We can’t go back to the chaos of the system before coronavirus.”

Recorded violence among the inmate population has increased sharply in recent years.

The published figures go up to March this year, when the lockdown began.

Peter Dawson, director of the Prisons Reform Trust, said there would “undoubtedly be lessons to learn” from the pandemic and this would mean “listening carefully to the people who live in prison as well as the people who work there”.

“But safety, security and rehabilitation all depend on building good relationships,” he added, “and that can’t be done through a cell door”.

An HM Prison Service spokesperson said: “We have taken unprecedented action to keep those who live and work in our prisons safe and will continue to do so.

“We will absolutely consider what lessons we can learn from the pandemic, but association will always form an important part of prison life.”