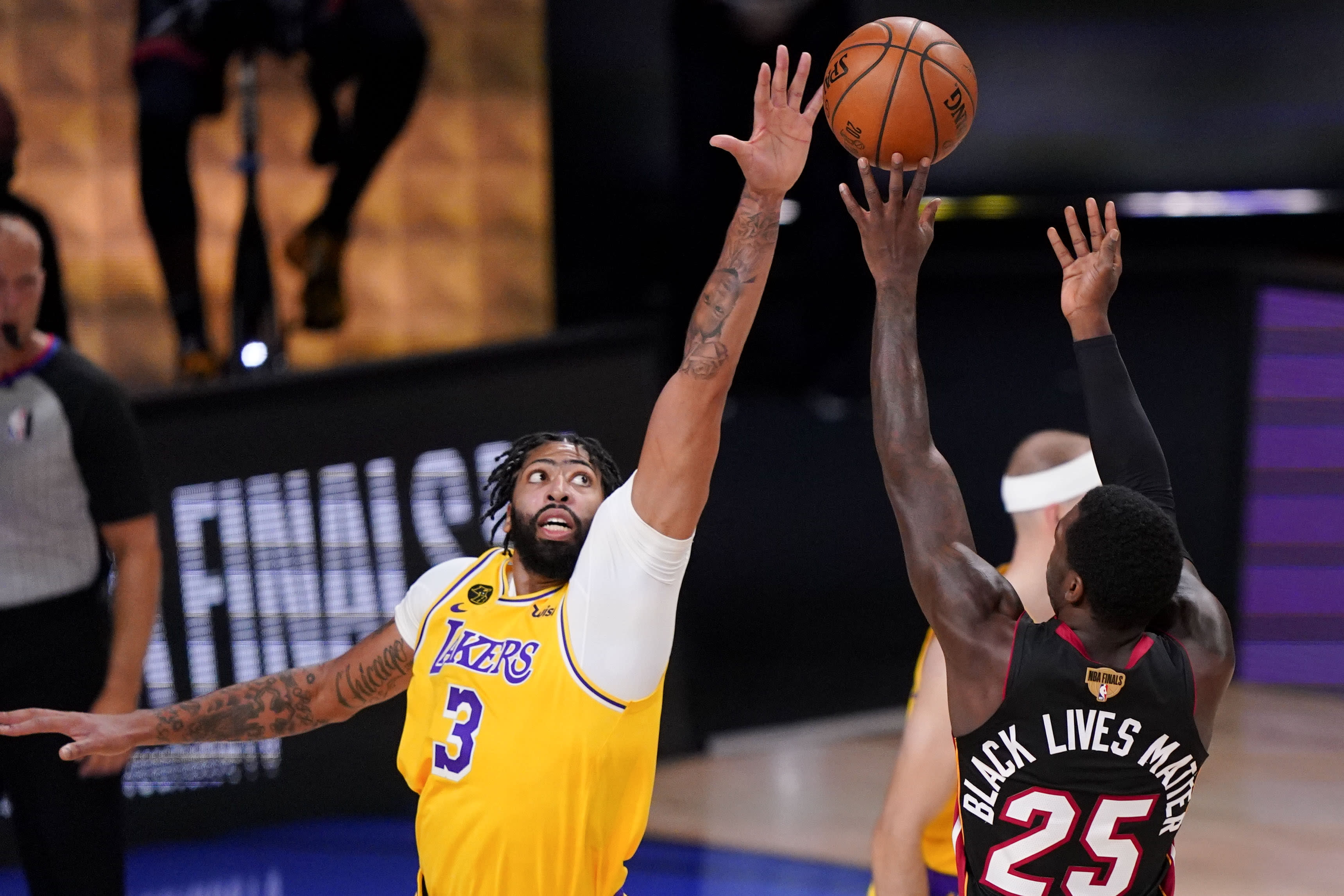 In 2011, Anthony Davis arrived at the University of Kentucky as the No. 1 recruit in the nation, a 6-foot-10 freak of nature. A guy like that is, generally, there to pour in points before skipping to the NBA after a single season. Stats tend to matter. So does the glory.

For Davis, not so much. He told his coaches and teammates his only goal was to win a national title. On a team with plenty of scorers, he’d be happy to rebound (10.4 per game) and block shots (a whopping 4.7 per game) and scare off opponents from driving inside. That was enough for him.

He took just 8.4 shots a game and averaged just 14.7 points. He deferred to everyone else. He played a role.

He won national player-of-the-year honors and went No. 1 overall in the NBA draft, anyway, of course. Oh, and Kentucky won the title.

That’s Davis. That’s who he is.

In the NBA he became a perennial All-Star, and as the franchise player in New Orleans, he was tasked with scoring 25, 30 points a night. In the end, though, he plays the game to win. After forcing a trade to Los Angeles, he found himself in Game 4 of the NBA Finals on Tuesday, the Lakers holding a 2-1 lead and trying to hold off the hard-charging Miami Heat.

Davis is tall and relatively thin, but the force is there. So he spent most of his playing defense, denying Miami star Jimmy Butler any space to get loose and heat up. Butler dropped 40 in Game 3 to make this a series. In game 4, with Davis chasing him around, he finished with 22.

Then came the final minute, L.A. holding a 97-91 lead, when Davis snagged a key defensive rebound. At the other end of the court, he found himself open from deep, pulled the trigger despite having just 19 points on the night, and drained a back-breaking three.

Moments later, as Butler attacked the hoop in a desperate comeback attempt, Davis swatted his shot away to all but seal the victory and, perhaps, the championship for L.A. The Lakers will try to close it out in Friday’s Game 5.

“The bottom line is they won those moments of truth,” Spoelstra said.

The Lakers have always been built around big names — from Wilt to Kareem to Magic to Shaq to Kobe. AD and LeBron James are just the latest in a long line. But these aren’t the Showtime Lakers. This isn’t a Hollywood production.

LeBron is 35 with about a million miles on him. AD is a talent that doesn’t always act like it. The rest of the team is made up of role players (Kentavious Caldwell-Pope dropped 15) and wily veterans (Rajon Rondo had a massive rebound late). They are flawed enough to know they need to grind.

“We’re a team-first team,” Lakers coach Frank Vogel said. “Obviously, we have our two big horses, but everyone has to step up.”

In reclaiming control of this series, everyone stepped up in different ways. Davis had 22 points, but his nine rebounds, four blocks, four assists and defensive intensity mattered most.

“I just tried to be locked into him,” Davis said of guarding Butler. “In the last game, he kind of took over and imposed his will on the game. I used a lot of my energy on the defensive end, knowing that other guys on the team were going to make up for that effort on the offensive end.”

That’s leadership by example. Davis isn’t just willing to take the toughest assignment, he’s happy to provide space for teammates to play their game. He encourages it even.

Earlier in this series, LeBron said one of the best things about having Davis as a teammate is they weren’t jealous of each other. Each guy knows his job: it’s to win.

“Anthony’s matchup on Butler was a big factor in our defensive efficiency,” Vogel said. “It starts there.”

Now the Lakers are right there, one win from title No. 17. Miami will put up a fight, but they’ll have to figure out how to beat this team, with these players, three times in a row.

The Lakers know how to win — they are 56-0 this season when leading after three quarters, as they did in Game 4. That’s what this team is about, two big names of course, two clear stars, but a mentality of team-first role players.