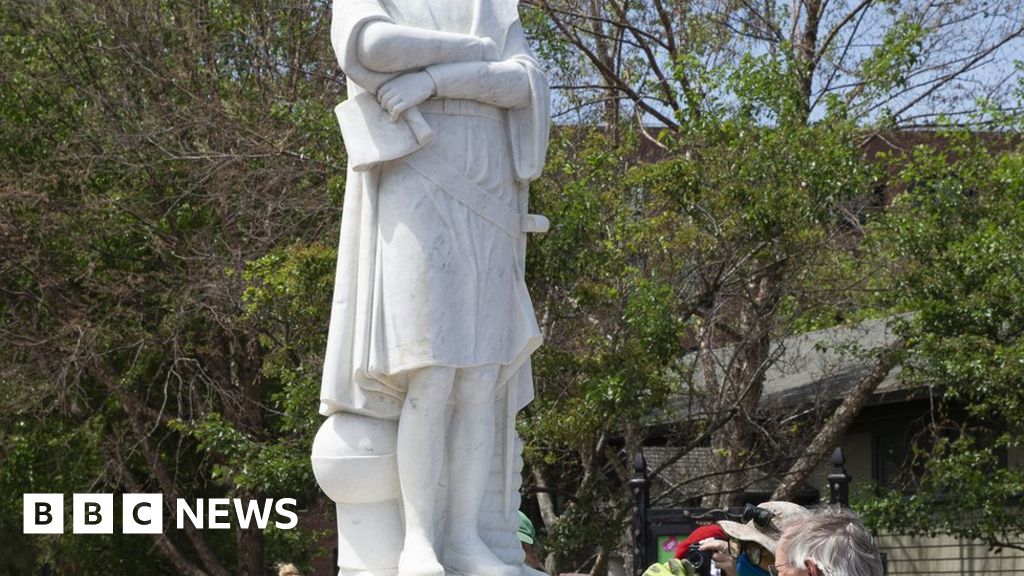 One of America’s largest philanthropic organisations has announced a project to “reimagine” public monuments around the country.

The Andrew W Mellon Foundation said it would spend $250m (£193m) over five years to build monuments, add context to existing ones and relocate others.

The project aims to “celebrate and affirm America’s diverse histories”.

It comes amid fierce public debate about monuments in the US, sparked by the Black Lives Matter movement.

The charity said its pledge was the result of “years of discussion, research and intellectual exploration.”

Mellon has already spent $25m on monument-related projects during the last two years. One of its grants gave $5m towards the National Memorial for Peace and Justice in Montgomery, Alabama, which is dedicated to enslaved people and lynching victims.

“The beauty of monuments as a rubric is, it’s really a way of asking, ‘How do we say who we are? How do we teach our history in public places?'” said Elizabeth Alexander, the foundation’s president, speaking with the New York Times.

“We want to ask how we can help think about how to give form to the beautiful and extraordinary and powerful multiplicity of American stories,” she added.

The foundation said it would work not only on memorials, statues and markers, but also “storytelling spaces” like museums and art installations.

The first grant will be of $4m towards Monument Lab, a public art and history studio in Philadelphia which aims to “reimagine public spaces through stories of social justice and equity”, according to its website.

Dozens of statues have been pulled down and vandalised during protests in America this year, as pressure grows on authorities to remove monuments connected to slavery and colonialism. Among those targeted are monuments to Confederate leaders and the explorer Christopher Columbus.