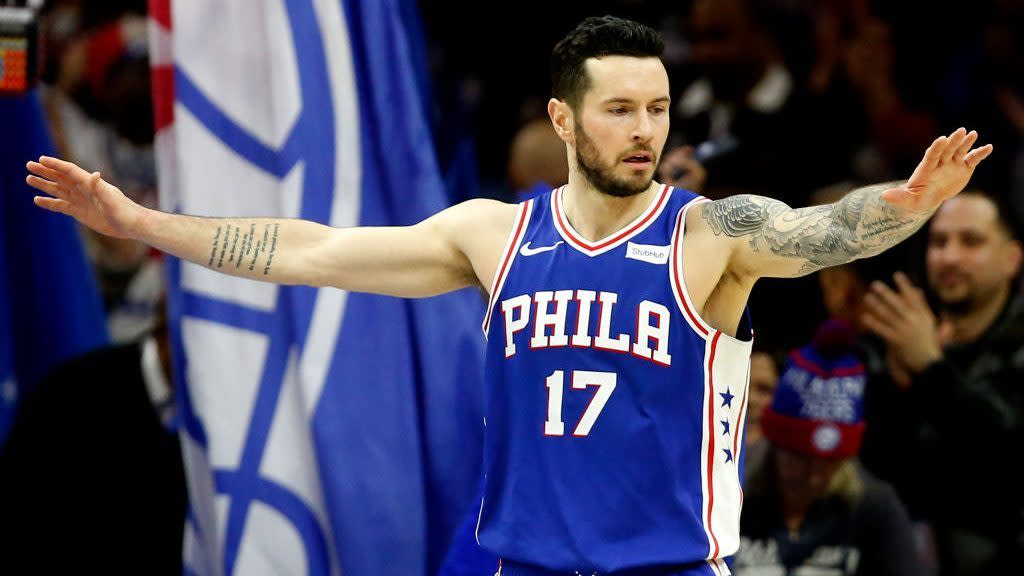 When things started to go sideways in Philadelphia this season, it looked like they needed a couple of things: More shooting on the court and more veteran lockerroom leadership off it.

The exact things J.J. Redick had brought for a couple of years, but Elton Brand and the front office let him go in an effort to get big and defensive.

Redick said in no uncertain terms the Sixers made a mistake when he joined Stephen Jackson and Matt Barnes’ on the “All The Smoke” podcast (hat tip the Philly Voice).

Redick also makes a good point about the roster: In the Sam Hinkie “process” days, he brought a lot of players through the roster trying to find a couple that could stick and be part of the future. Then Bryan Colangelo takes over, ends the process, and remakes the roster to start winning faster. Not long after, Colangelo is out, Brand comes in, and he starts to remake the roster again, this time in a different image.

“I’ve said this before, but the one consistent in Philly has been personnel in and ou. Like, you just have a ton of players that come through there. And so I think — Joel talked about this on my podcast — for him, he’s played with like, I don’t even f****** know at this point, hundreds of teammates. It’s just a rotating cast of teammates, you know?”

He’s right, and more roster changes are expected this summer (they need shooting and it has to come from somewhere). Maybe the addition of Doc Rivers as a coach can add some stabilization (he certainly will add some accountability).

Meanwhile, Redick is in New Orleans on an up-and-coming team, but one that needs to find its coach and style heading into next season.

J.J. Redick on 76ers: ‘They f***** up not bringing me back’ originally appeared on NBCSports.com