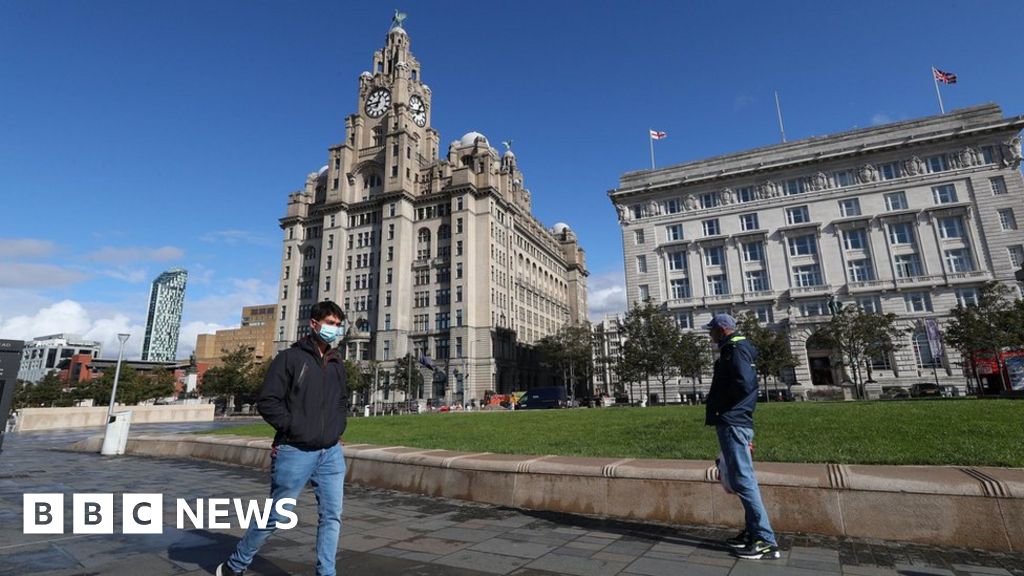 It is now illegal for residents in those areas to meet people from other households in any indoor setting.

Health Secretary Matt Hancock said it was “necessary” amid a spike in cases.

It comes as hundreds of Northumbria University students are self-isolating after testing positive for Covid.

After a steady decline since the first peak in April, confirmed coronavirus cases in the UK have been rising again since July, with the rate of growth increasing sharply from the end of August.

On Friday, another 6,968 people tested positive, slightly down from more than 7,000 a day earlier in the week.

Meanwhile, Germany has issued a warning to its citizens against travelling to Scotland and northern England because of increases in infections.

The introduction of the latest measures means that more than a third of the UK are now under heightened restrictions.

They were also tightened up this week in Newcastle, Northumberland, Gateshead, North Tyneside, South Tyneside, Sunderland and County Durham, as well as four areas of north Wales.

Announcing the latest restrictions, Mr Hancock told the House of Commons “cases continue to rise fast” in Teesside and the north-west of England.

Knowsley, an area in the Liverpool City Region, had the second highest infection rate in the country at 262 per 100,000 on 27 September. Liverpool’s weekly infection rate rose to 258, Warrington’s was 163 and Hartlepool and Middlesbrough both had 121 cases per 100,000 people.

Burnley, where no further restrictions are yet to be imposed beyond the Lancashire-wide ones already introduced, has the highest infection rate in England at 327 per 100,000.

Mr Hancock also “recommended against all social mixing between households”, but said he wanted the restrictions to stay in place for “as short a time as possible”.

People in those areas should also:

The independent mayor of Middlesbrough said the changes would damage the local economy and people’s mental health.

But people in Liverpool had been expecting the tighter measures.

Speaking on BBC Radio 4’s Today programme, Matt Ashton, director of public health for Liverpool, acknowledged there were “so many different rules, so many different regulations, it is confusing for people to understand”.

He added: “We need to move the conversation now to people really understanding the risk of Covid in our communities… to do the right thing and just to minimise their contact with other people as much as possible.”

Alice Wiseman, director of public health for Gateshead, said introducing new restrictions was a “tricky balance” but was about putting a “package of measures together that enable us to keep as much of the economy open while reducing the transmission of the virus”.

A spokesman for Northumbria University, in Newcastle, confirmed 770 students had tested positive for coronavirus, 78 of whom are symptomatic. All infected students, and their close contacts, are self-isolating for 14 days in line with government guidance.

It comes as people arriving in the UK from Turkey and Poland now have to quarantine for two weeks. The new rules – which also apply to the Caribbean islands of Bonaire, St Eustatius and Saba – came into force at 04:00 BST on Saturday.