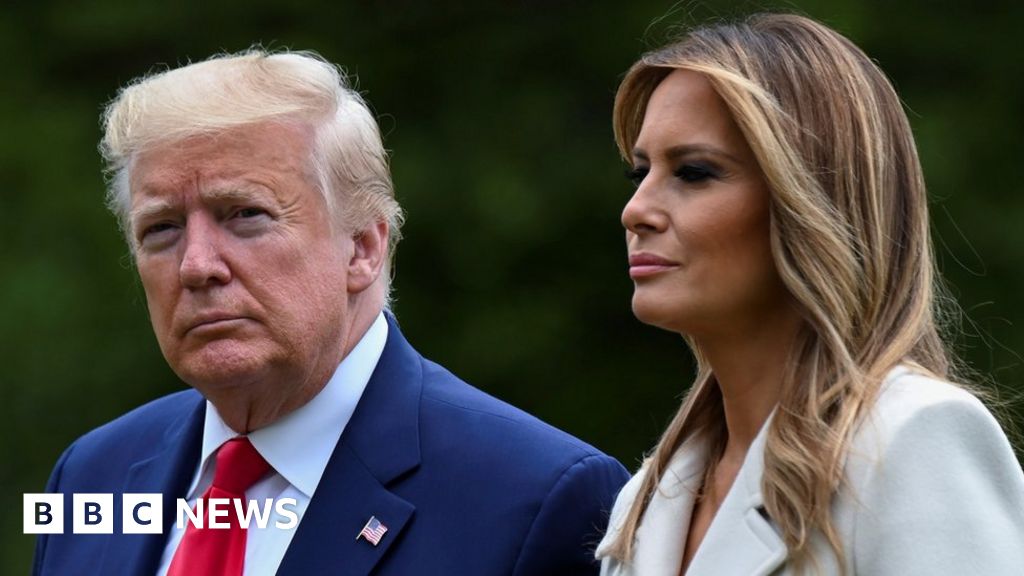 US stock markets have indicated that shares will open sharply lower after Donald Trump said he had tested positive for coronavirus.

Stock market futures showed that all three of America’s main indexes – the Dow Jones, the S&P 500 and the Nasdaq – are set to drop by at least 1.5% each when trading begins on Friday.

The US President tweeted he and his wife Melania had contracted Covid-19.

It comes as the US heads into the final weeks before the Presidential election.

Mr Trump tweeted: “Tonight FLOTUS [First Lady of the US] I tested positive for COVID-19. We will begin our quarantine and recovery process immediately. We will get through this TOGETHER!”

Hours earlier, Mr Trump had declared that the end of the coronavirus pandemic “is in sight”.

“This election already had a cloud of uncertainty hanging over it as Trump has refused to say whether he will accept the final vote and has also said that the final result may not be known for months,” said Fiona Cincotta, market analyst at City Index UK.

“The markets are already fretting about an uncertain election and this just adds another layer of uncertainty, favouring the risk off trade.”

Futures trading indicates that the Dow Jones could drop by nearly 500 points when it opens later. The technology-heavy Nasdaq is set to tumble by 2% while the S&P 500 is on course to fall 1.7%.

“It is prime time now for (the) US election,” said Jingyi Pan, a senior market strategist at IG Group. “Should the President be absent during this period, that could mean even more complications with the election.”

Earlier this week, the two faced each other for the first time in a combative encounter.

The rules for the remaining debates has now been changed to ensure the two remaining meetings will be more orderly.

UK defence spending to rise as dangers increase – PM
Move to override Brexit deal gets initial backing from MPs
Zara Aleena: Woman killed in Ilford was kind soul, say friends
Ukraine war: Johnson says if Putin were a woman he would not have invaded
R. Kelly given 30 years in jail for sex abuse