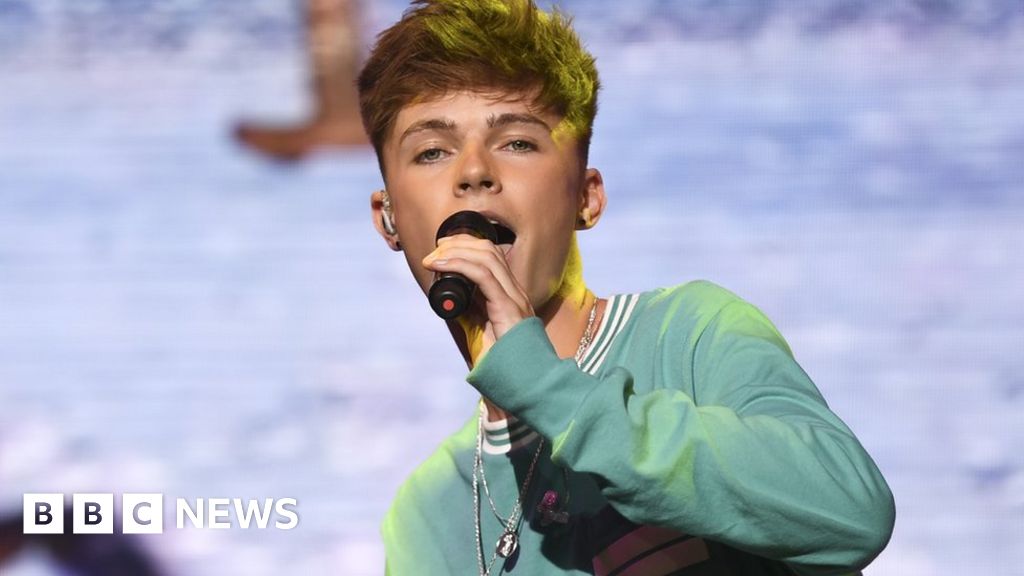 Strictly Come Dancing contestant HRVY has revealed he has tested positive for coronavirus, 10 days before the launch show is due to be filmed.

The YouTube star and singer tweeted to say he’s “all good, no symptoms, just isolating for the next 10 days”.

He added: “Already super bored so prepare yourselves for my Tik Toks.”

A BBC spokesman confirmed HRVY had tested positive. The 21-year-old singer is still expected to take part in the series.

hi, wasn’t gonna worry anyone and say anything but now the story’s out, i have coronavirus, I’m all good, no symptoms, just isolating for the next 10 days. already super bored so prepare yourselves for my Tik toks

They added: “Pending a negative test, HRVY won’t miss the launch recording or any dance training. We wish him all the best.”

“We have rigorous protocols in place to manage Covid-19 as the safety of all those involved in the production is paramount.”

HRVY added on Instagram: “It proves us youngsters can get it [coronavirus] without even realising.”

NHS guidance says someone with a positive test will “usually need to self-isolate for at least 10 days”. The launch show is due to be filmed on 12 October and be broadcast five days later, with the live shows starting on 24 October.

She said: “HRVY is an absolute sweetie and I was in touch with him yesterday, he’s completely fine, he’s got no symptoms.”

She said all Strictly contestants were being tested “very regularly”, adding: “Strictly is still going ahead. There are all sorts of extremely careful restrictions and conditions in place to enable the programme to happen and HRVY, I’m sure, will be back after his isolation period in time to take part in the competition.

“So all of us have sent our love to HRVY and he’s obviously really peeved that he’s having to stay at home but he’ll be back.”

The rest of the Strictly line-up will include comedian Bill Bailey, actress Caroline Quentin, reality star Jamie Laing and boxer Nicola Adams, who is competing as half of the show’s first same-sex couple.

This year’s series will be shorter than usual, and judge Bruno Tonioli will have a reduced role amid coronavirus restrictions.

HRVY, whose real name is Harvey Leigh Cantwell, has a social media following of more than 10 million, and more than a billion combined streams to his name. He performed at BBC Radio 1’s Big Weekend in Middlesbrough last year.

The 21-year-old rose to fame after uploading his music videos to Facebook. He has since sold out UK and European tours and his debut album will be out later this year.

When his name was announced for the show, he said: “Being on Strictly is going to be such an amazing experience and I’m so thankful to be taking part this year.

“I think my mum is more excited that she’ll be able to see me every Saturday night now!”