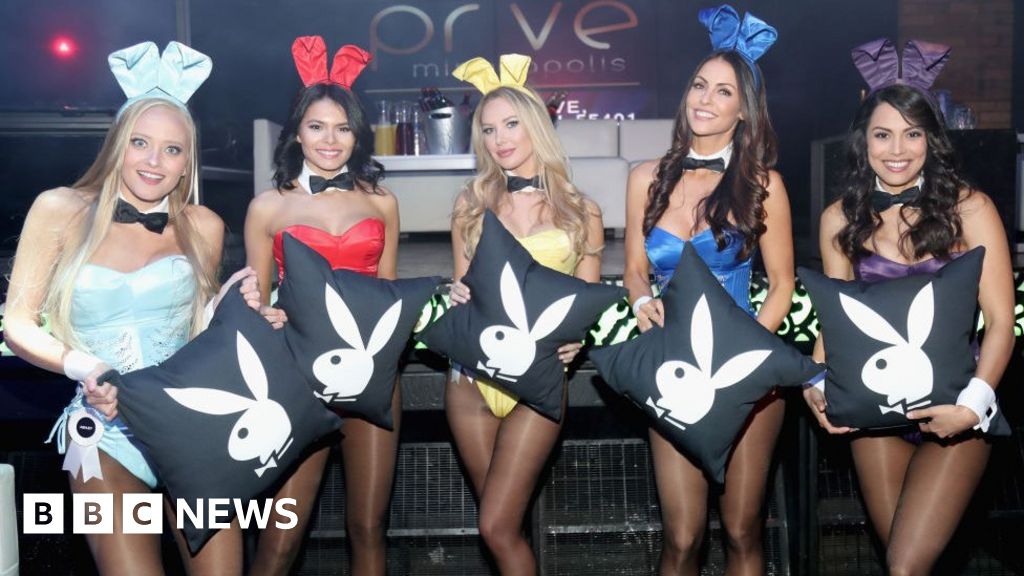 Playboy Enterprises is going to list again on the stock market, nine years after it was taken private.

The late Hugh Hefner empire is merging with another firm, Mountain Crest, in a deal that values Playboy at $381m (£296m) and includes $142m of debt.

Playboy has transformed its business model and stopped printing its famous magazine earlier this year.

It now describes itself as a consumer products company that includes sexual wellness, clothing and gaming.

The magazine was first published in 1953 but shut it down as it struggled to compete with online rivals.

It now puts its famous bunny logo on products such as lingerie, digital gaming and grooming.

Playboy says it has $3bn in consumer spending against the Playboy brand across 180 countries.

“Magazine publishing is a sunset business, but Playboy has transformed its business model.”

Hugh Hefner founded Playboy Enterprises in 1953. The company’s first magazine in December that year featured Marilyn Monroe on the cover.

Its nude images catapulted the company to fame and the print magazine became the centrepiece of its business for decades.

But as the digital age took hold, sales declined and it moved into other ventures, such as collaborations with fashion brands such as Marc Jacobs.

Mr Hefner died in 2017 aged 91 and his family sold its 35% stake to a tech-focused investment fund the following year.

The merger with Mountain Crest is expected to be finalised in early 2021 and then the new firm will list on the Nasdaq, the US stock market index that contains tech heavyweights such as Apple, Amazon and Google’s parent company Alphabet.

These companies are set up with the sole purpose of buying a private firm to merge with and then take public on the stock market. It is seen as a faster route to the public markets with less scrutiny.

SPACs have raised close to $41bn so far this year, four times the amount raised by this time in 2019, according to data provider Refinitiv.

“The intention was always to return the company to public markets,” said Playboy chief executive Ben Kohn. He added Playboy was already planning to make acquisitions.