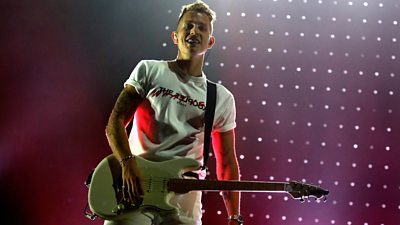 The Vamps guitarist James McVey has performed to thousands of fans across the world, but there was a time when he felt like an outcast.

The 27-year-old, originally from Bournemouth in Dorset, has spoken about being bullied at school as part of a national campaign.

The musician experienced abuse from the age of 13 and now wants to do his bit to help others.

On Monday he will join the Big Anti-Bullying Assembly, a morning of performances and talks on how to tackle bullying.