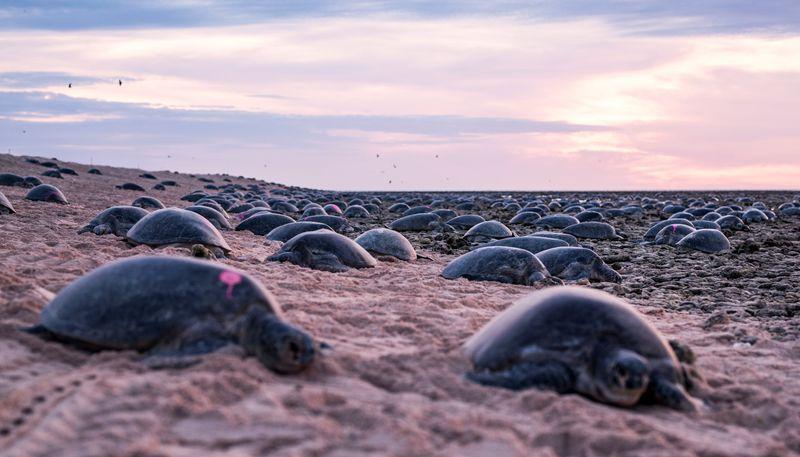 Turtles nest on Raine Island, far North Queensland, Australia, in this picture taken in December 2019 and made available to Reuters on June 10, 2020. Courtesy of Christian Miller / Queensland Department of Environment and Science / Great Barrier Reef Foundation / Handouts via REUTERS

SYDNEY (Reuters) – The world’s largest population of nesting green turtles is nearly twice as big as previously thought, scientists said on Wednesday, after drones enabled better surveys of the animals.

Australian scientists determined that there were about 64,000 green turtles waiting to lay eggs on Raine Island – a vegetated coral cay on the outer edges of the Great Barrier Reef – significantly more than thought.

“When we compared drone counts to observer counts we found that we had under-estimated the numbers in the past by a factor 1.73,” Richard Fitzpatrick, research partner at Biopixel Oceans Foundation said in an emailed statement.

The research is good news for scientists concerned about declining numbers of green turtles.

Listed as endangered, many countries have made it illegal to collect or harm them, while nesting grounds are often also protected.

But getting an accurate picture of how the species is responding to protection efforts has been difficult.

Previously, researchers would paint a non-toxic white stripe down the turtles’ shells and would count them, those with and without white stripes, from a small boat. But this way of counting proved inaccurate due to poor visibility, the researchers said.