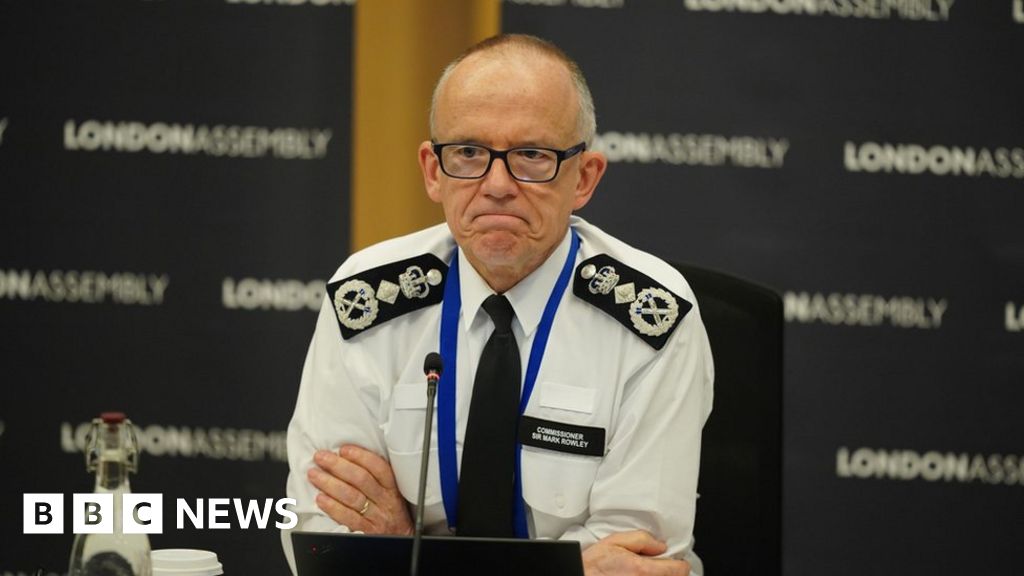 Two or three Met Police officers per week are expected to appear in court on criminal charges in the coming weeks and months, the force’s chief has said.

Commissioner Sir Mark Rowley says the public should “prepare for more painful stories” as the force confronts the issues it faces.

He said cases included “violence against women and girls offences”, such as domestic abuse and sex offences.

“There’s a trickle of them and more are going be surfacing,” he added.

Sir Mark was speaking to the Greater London Authority’s Police and Crime Committee in the wake of the case of PC David Carrick, who admitted dozens of rape and sexual offences against 12 women on 16 January.

The Met chief also mentioned the case of PC Hussain Chehab, who pleaded guilty to child sex offences on Tuesday.

Sir Mark urged the public not to lose heart as the Met rooted out hundreds of corrupt officers thought to be serving.

He told the committee: “We haven’t applied the same sense of ruthlessness to guarding our own integrity that we routinely apply to confronting criminals – and I’m deeply sorry for that.”

He also said: “Lifting the stone and revealing painful truths will not be resolved overnight, and I mustn’t pretend it will do, and I hope you understand that that can’t be done.

“We have to prepare for more painful stories as we confront the issues that we face.”

During the meeting, he also revealed a new Met corruption hotline had received tens of calls each week, a third of which related to other forces, which had been passed on.

But he stressed progress with wider reforms of the Met “won’t be rapid”.

The force is currently reviewing previous allegations of violence against women and girls made against 1,071 Met Police officers and other staff members over the past 10 years.

The review is expected to be completed by the end of March.