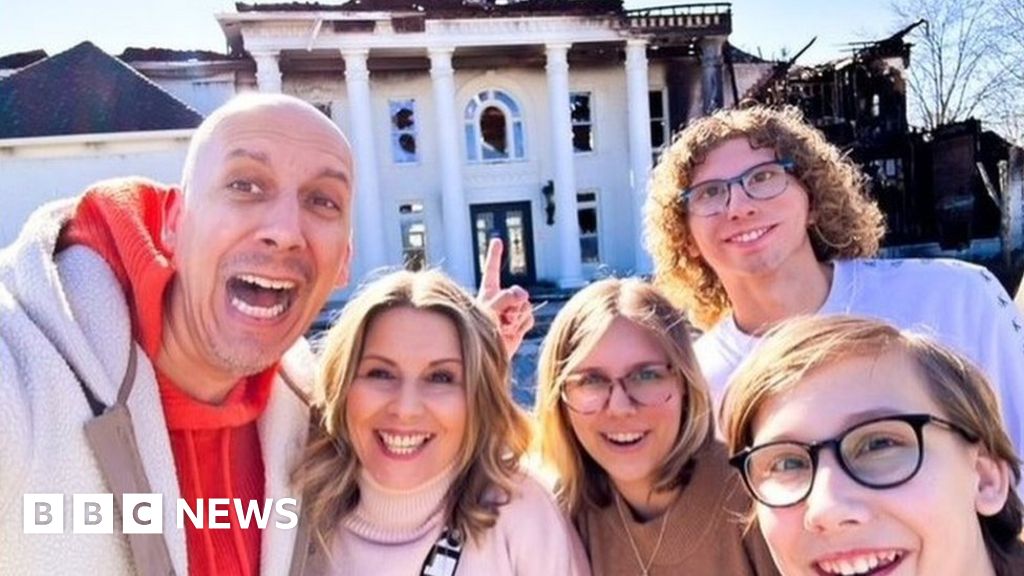 A mansion in Tennessee that was badly charred in a fire has found a buyer after just four days on the market.

Entrepreneur Mike Thakur said he has purchased the five-acre property, which has attracted more than 340,000 views on Zillow and was listed for $1.49m (£1.21m), according to the real estate site.

The white mansion is shown up in flames in photos on the site.

It is to be sold as is after “tragic loss by fire”, the realtor wrote.

That description, along with fiery photos of the property, captured Mr Thakur and his wife’s attention, he told the BBC.

The pair – natives of North Manchester in the United Kingdom who now live in Houston, Texas with their three children – had been searching for homes near Nashville, Tennessee when they came across the property.

Mr Thakur scheduled a visit of the home before its Zillow listing was shared over a million times on Twitter, and within hours of touring the mansion with his family, they all agreed to place an offer.

“We’d been looking for something we could kind of renovate and make our own,” he added. “I’m not sure we anticipated quite so many renovations, but we decided we’d go for the challenge.”

He did not reveal how much the family paid for the property.

The mansion, located in the city of Franklin – about 21 miles (33km) south of Nashville – burst into flames while a construction worker was inside the home last September, according to local news outlet WZTV Nashville.

The flames caused the roof to collapse before firefighters could quell it, according to WZTV, which reported that the worker sustained non life-threatening injuries during the blaze.

But the sprawling property has several features that make the home worth salvaging, according to the listing.

The mansion, which was built in 1997, features a large outdoor kitchen and a backyard with a “private park like setting”.

It also has a guest house that was untouched by the fire, where Mr Thakur said he and his family will stay while they remake the home.

The property’s listing agent, Paula Duvall, said she had “no idea” the listing would gain so much attention when she posted it. “We wanted to be transparent about the history of the home,” she said.

She said people have been able to relate to the emotion behind the pictures of the house taken the day of the fire. “I think that grabbed them,” she said.

The damage did not bother Mr Thakur’s family. He said they expect they’ll have to “rip out everything down to the studs”.

“It sounds crazy, but for me it was almost a blessing because it gives us an excuse to pull everything down and rebuild it the way that we want to,” he said.

Mr Thakur said he wants to turn the mansion into a more relaxed, English-style home where their teenagers could also live when they get married. He added that they hoped to salvage what they could.

They plan to document the transformation on Mr Thakur’s YouTube channel, where he’s already posted a brief tour of the debris-filled home.