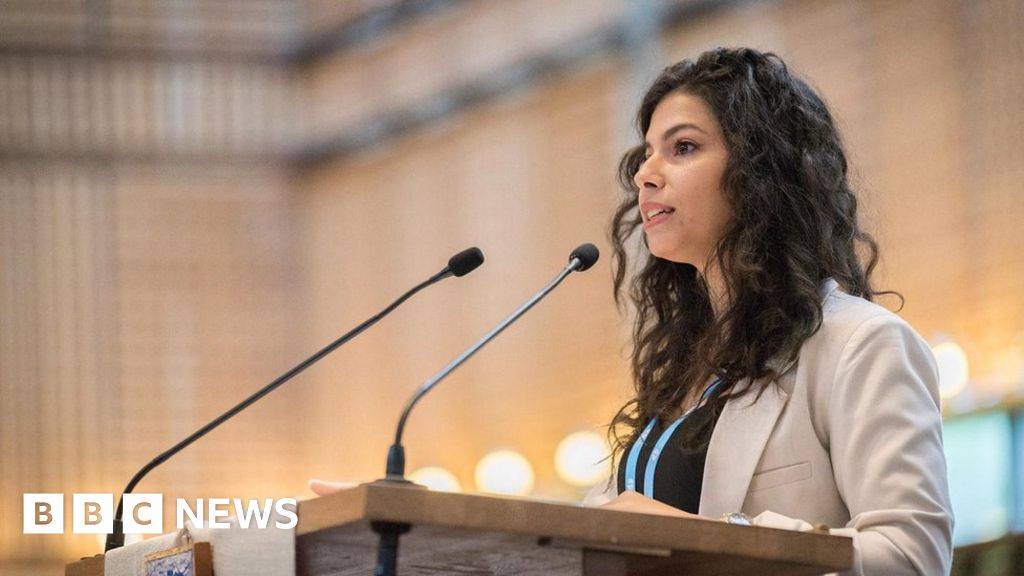 In many parts of the Christian world, female church leaders are no longer unusual. But until now, the Holy Land – where events in the Bible are set – had not seen a local woman ordained.

On Sunday, a Palestinian from Jerusalem, Sally Azar, became its first woman pastor at an event at the Lutheran church in the heart of the Old City, attended by hundreds of international well-wishers.

“I got more excited seeing the excitement of other people,” Reverend Azar told me. “It’s an indescribable feeling to take this step with the support of the church.”

“I hope that many girls and women will know this is possible and that other women in other churches will join us. I know it will take a long time, but I think it could be exciting if this changes in Palestine.”

Christians make up a minority in the Palestinian Territories, Israel and Jordan. Most Christians here belong to the Greek Orthodox and Latin Catholic Churches, which do not allow women priests.

However, the ordination of women has been taking place in a growing number of Protestant Churches in the past few decades. These have small local congregations and run schools and hospitals in the Holy Land.

“Everywhere where you have a patriarchal society and culture this is a major step,” says the recently retired Archbishop of the Church of Sweden, Antje Jackelen.

“Since I’ve been ordained for over 40 years, I’ve met many people who didn’t think it was possible. But now they’ve seen women actually serving as pastors, as bishops, as archbishops, we know it works and we know that it’s actually in accord with the Bible.”

In the Middle East, churches in Lebanon and Syria have already conferred holy orders on women, while at least one Palestinian woman is known to serve in the US.

Ms Azar was ordained by her father Bishop Sani Azar. She insists that while his example inspired her, she never felt pressured into studying theology.

As a pastor she will take on different duties including leading services and bible studies in Jerusalem and in Beit Sahour, in the occupied West Bank, for English speaking congregations.

He says he looks forward to introducing Reverend Azar as a role model at local Lutheran schools – which teach children who are Christians of all traditions and Muslims.

Rev Dr Isaac has written a book in Arabic about women’s leadership in the Bible and in support of women’s ordination.

“This tells me that despite the progress we’ve made as Palestinians, when it comes to empowering women and women rights, that there is still work to be done.”

Supporters of Rev Azar believe she is the right person to challenge stereotypes and break the mould.