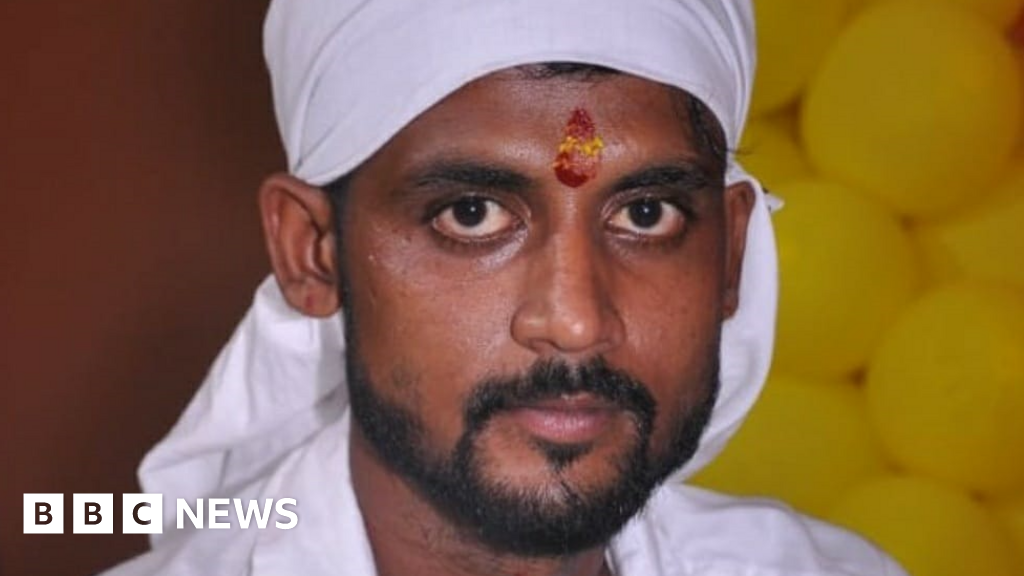 In the hours after Nepal’s deadliest plane crash for 30 years, a video went viral in India – it showed one of the victims, Sonu Jaiswal, livestreaming from the plane just seconds before the crash.

He was part of a group of four friends from Ghazipur in India who were visiting Nepal, and were on the flight from Kathmandu to Pokhara.

In the footage, Pokhara airport’s surroundings are visible from the doomed plane as it comes into land, those on board unaware they are just moments from death.

None of the 72 people on board are believed to have survived the crash.

The video shows the plane gliding gently over the honeycombs of buildings dotting brown-green fields, before the man filming it turns the camera around and smiles.

He then turns it around again to show other passengers in the aircraft.

The following details could be distressing to some readers.

Within seconds huge flames and smoke fill the screen as the camera keeps recording. What sounds like the screeching of an engine is audible, as well as breaking glass and then screams before the video ends.

Friends and family members of Sonu Jaiswal told reporters that they had watched the video on his Facebook account, confirming its authenticity.

“Sonu did the [livestream] when the plane crashed in a gorge near the Seti River,” Mukesh Kashyap, Jaiswal’s friend, told reporters.

Local journalist Shashikant Tiwari told the BBC that Kashyap showed him the video on Jaiswal’s Facebook profile, which is set to private.

It is not clear how Jaiswal accessed the internet to stream from the plane.

Abhishek Pratap Shah, a former lawmaker in Nepal, told Indian news channel NDTV that rescuers had recovered the phone on which the video was found from the plane’s wreckage.

“It [the video clip] was sent by one of my friends, who received it from a police officer. It is a real record,” Mr Shah told NDTV.

Officials in Nepal have not confirmed his claim or commented on the footage, which could help crash investigators in their work.

But for the loved ones of the four men – Jaiswal, Abhishek Kushwaha, Anil Rajbhar and Vishal Sharma – none of this matters. They say they are “too shattered” to care.

“The pain is hard to explain,” said Chandrabhan Maurya, the brother of Abhishek Kushwaha.

“The government needs to help us as much as they can. We want the bodies of our loved ones to be returned to us.”

Authorities in Ghazipur in northern Uttar Pradesh state said they are in touch with the four families and the Indian embassy in Kathmandu to offer any possible help.

“We have also told the families that if they want to travel to Kathmandu, we will make all the arrangements for them,” district magistrate Aryaka Akhauri told reporters.

Several villagers remembered the four men as “kind, fun-loving souls”. They said they were devastated by the tragedy that had struck their otherwise quiet lives.

Some of them also joined protests, demanding compensation for the families.

The four men, all thought to be in their 20s or early 30s, had been friends for many years, and often spent time together.

Locals say they had gone to Nepal on 13 January to visit the Pashupatinath temple, a grand shrine on the outskirts of Kathmandu which is dedicated to the Hindu god Shiva.

The trip was reportedly Jaiswal’s idea – a father of three, he wanted to pray at the temple for another son.

After visiting the temple, the friends set off on Sunday to Pokhara – a picturesque tourist town nestled near the Annapurna mountain range – to paraglide. They planned to return to Kathmandu.

“But fate had something else in store for him,” an unnamed relative of Jaiswal’s told news agency PTI.

The four men were among five Indians on board. Officials said 53 of the passengers were Nepalese, along with four Russians and two Koreans. Others on board are reported to have included one passenger each from the UK, Australia, Argentina and France.

On Monday, social media in India was awash with images from the crash site and of the video shot by Jaiswal.

Jaiswal’s father, Rajendra Prasad Jaiswal, said he could not bear to watch the clip himself. “I have only heard about it from Sonu’s friends. Our lives have come crashing down.”

While groups of mourners stood around the neighbourhood in disbelief, Anil Rajbhar’s father stayed away.

His son had left for Nepal on 13 January without informing his family. While his father was busy in the family’s fields, Anil quietly packed his bags and left with his friends, neighbours said.

His father is still in disbelief at the news.

Have you been affected by what’s happened? You can get in touch by emailing haveyoursay@bbc.co.uk.