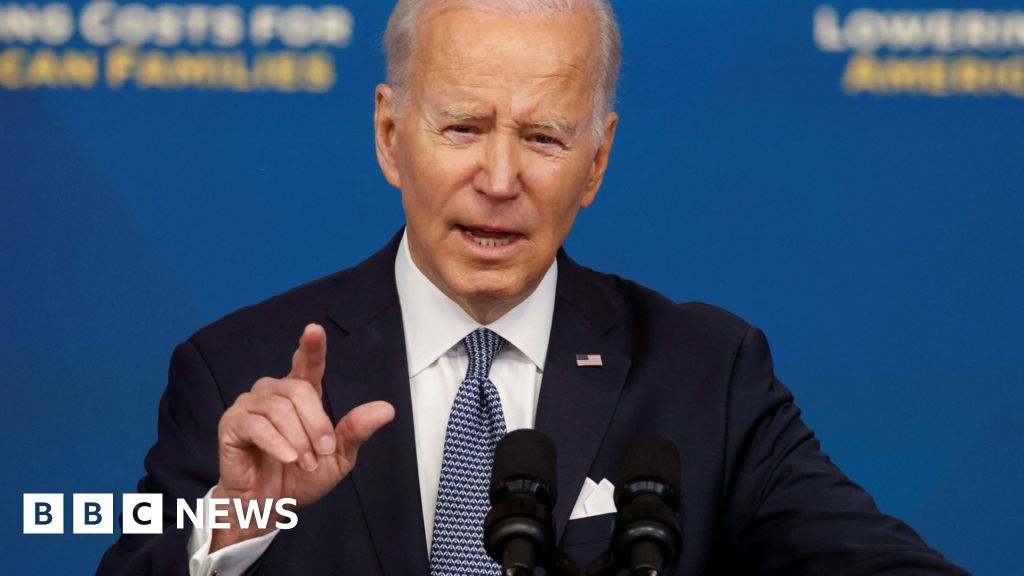 An additional five pages of classified material has been found in US President Joe Biden’s family home in Delaware, the White House has said.

Mr Biden’s lawyer Richard Sauber said he discovered the additional documents on Thursday which were immediately handed to the Justice Department.

Mr Biden’s lawyers have said the documents relate to his time as Barack Obama’s vice-president.

A special counsel is investigating Mr Biden’s handling of the files.

The discovery of documents throughout the investigation has been called a political embarrassment for Mr Biden, as it comes during an ongoing investigation into former President Donald Trump’s own alleged mishandling of classified files.

One document with classified markings had already been found in the garage of Mr Biden’s Delaware family home this week, where he keeps his 1960s Chevrolet Corvette sports car.

But now, the White House has said an additional five pages of classified documents were found at Mr Biden’s residence on Thursday evening.

In a statement shared on Twitter, Mr Sauber said the president’s lawyers did not have security clearance and therefore stopped searching the immediate area where the first page of classified material was found on Wednesday.

But Mr Sauber, who has security clearance, says he returned to Mr Biden’s Delaware home on Thursday evening to get the documents ready to hand to the Justice Department.

That was when Mr Sauber found the additional classified material.

“While I was transferring it to the DOJ [Department of Justice] officials who accompanied me, five additional pages with classification markings were discovered among the material with it, for a total of six pages,” Mr Sauber said.

He added that the White House will co-operate with the newly appointed special counsel.

On Friday, CBS News reported that around 10 documents discovered at the Penn Biden Center, and marked as classified, included top secret material.

There are three basic levels of US classification: confidential, secret and top secret. A leak of top secret information could cause “exceptionally grave damage”.

During his time in office, Mr Biden has spent nearly 200 days – or more than a fourth of his presidency – in his home state of Delaware, according to an Associated Press tally, including a stay in Wilmington this weekend.

Mr Trump is also under investigation by the Justice Department after he kept more than 300 classified files – including some marked secret and top secret – at his Mar-a-Lago estate in Florida.

Some of these were seized by FBI agents executing a search warrant last August.

The papers only began to come to light in news reports last Monday, but the first batch was found at Mr Biden’s former institute, the Penn Biden Center in Washington DC, back in November.