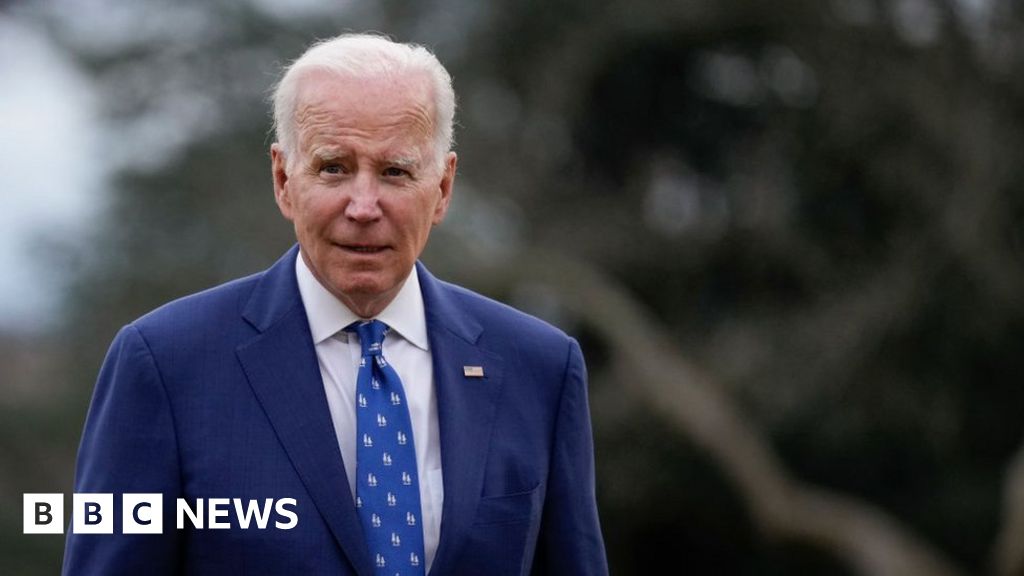 Pressure is mounting on President Joe Biden to give further details about the classified documents found at his Delaware home and a Washington office he once used.

An independent lawyer, or special counsel, has been appointed by the justice department to investigate whether these papers were mishandled.

There are still more questions than answers about the files. Here’s a look at some of the things we still don’t know.

Mr Biden has said he does not know what’s in the recovered papers.

And until we know more about what they contain, it’s difficult to state exactly how serious this is. Some details, however, have started to emerge.

Sources told CNN and the New York Times that the first set of 10 classified documents included briefing materials on foreign countries – including Ukraine, Iran and the United Kingdom – from Mr Biden’s time as vice-president.

And according to CNN, these documents were mixed in with other non-classified papers, including details about the funeral of Beau Biden, the president’s son, who died in 2015.

It also reported that some of the documents were labelled as top secret, the highest level of classification.

We know less about the second set of documents. On Thursday, Mr Biden’s personal lawyer issued a statement that said the files were “Obama-Biden Administration records” meaning these, too, date back to his eight years as vice-president.

The White House later said a search for any remaining classified documents had been completed.

A massive bureaucracy that manages the basic operations of the federal government (called the General Services Administration) is responsible for the transition of power in the White House. This herculean task includes getting the new president and vice-president in and getting the departing ones – and their files – out.

But it’s still unclear who may have handled these files in the seven years since Mr Biden ended his tenure as vice-president.

The only hints we may have are where they were found.

The first set of files was discovered by Mr Biden’s lawyers in what the White House described as a locked closet of the president’s office at the Penn Biden Center for Diplomacy and Global Engagement, a think tank in Washington.

The second tranche was found later in the garage of Mr Biden’s home in Wilmington, Delaware. A single-page document was discovered in an adjacent room.

Investigators will no doubt want to know who had access to these places and how securely the files were stored.

Congressional Republicans have demanded to see visitor logs for Mr Biden’s homes, arguing that the discovery of the files at one of his residences is a national security risk.

Why was there a delay?

According to the White House, Mr Biden’s lawyers first found classified documents on 2 November – just one week before the midterm elections. The administration said it reported the discovery that very day to the National Archives, who retrieved the materials on 3 November and referred the matter to the justice department.

It was not until reporting this month by CBS News that the discovered documents were made public or acknowledged by the White House, spurring accusations that it had been deliberately kept quiet ahead of the midterms.

“He knowingly knew this happened going into [the] election, going into interviews. This is what makes America not trust their government,” Republican House Speaker Kevin McCarthy said.

The White House, meanwhile, has denied that there was a calculated delay to going public.

Mr Biden has said he was “surprised” to learn there were classified documents found in his old office. It’s not clear when, exactly, he learned of their existence.

But keeping such a discovery private is “normal”, said David Weinstein, a formal federal prosecutor in Florida.

“It’s not your place as a target or a witness of an investigation to say what happened, it’s up to the people investigating it to decide what to say and when to say it,” he said.

What could the penalties be?

It’s too early to say whether the president or any of his associates will face legal penalties.

We know that the newly-appointed Special Counsel Robert Hur will examine “the possible unauthorised removal and retention of classified documents” – an offence under the US criminal code.

First, to bring charges a prosecutor would have to prove intent – that the files were knowingly removed and held by Mr Biden or his team. And second, he said, is the justice department’s standing policy not to pursue charges against a sitting president.

“It’s a bigger problem politically for Mr Biden than it is in terms of criminal charges,” Mr Weinstein said.

Turkey quake: Heavy rain hampers rescue efforts
Chinese balloon: What investigators might learn from the debris
Elon Musk found not guilty of fraud over Tesla tweet
China balloon: US going to take care of it, says Joe Biden
Why Mavs are willing to roll the dice with Kyrie