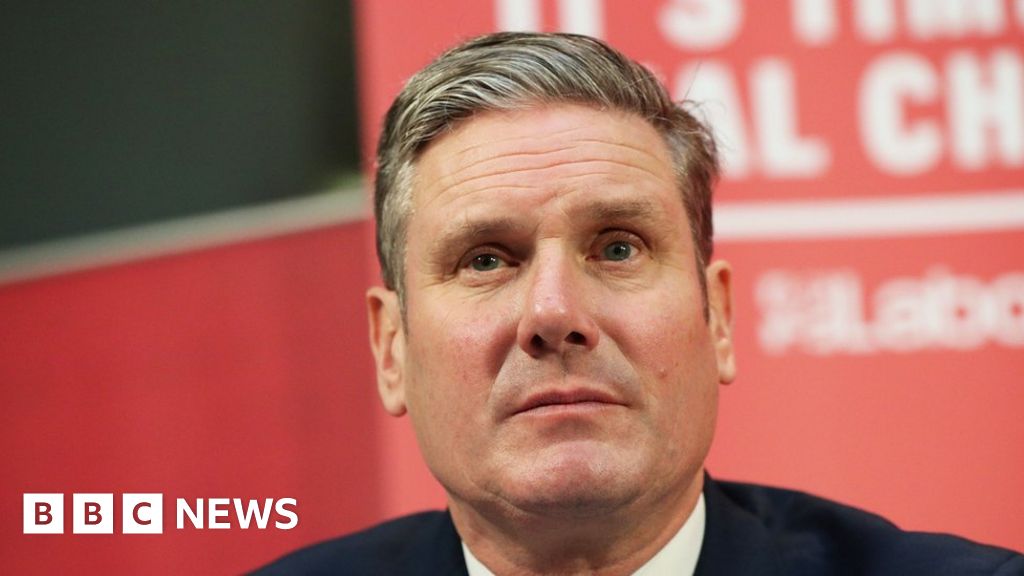 A bitter internal feud dating back to the Jeremy Corbyn era could prove costly for Labour in the run-up to the next general election.

The UK’s data watchdog has told the BBC it will not be prosecuting three Jeremy Corbyn supporters – Georgie Robertson, Laura Murray and Harry Hayball – accused of leaking confidential information.

This could have implications for Labour’s ability to mount an effective general election campaign, as some in the party believe it could face a multimillion-pound legal bill.

The three have been blamed by Labour, along with two other Corbyn supporters, of leaking a controversial internal party document, which included private emails and messages.

But the information commissioner has told the BBC it has found “insufficient evidence” that any individual had unlawfully obtained or disclosed personal data.

Separately, Labour is taking the five Corbyn supporters to the High Court for conspiring to put the document into the public domain.

But some in the party are concerned that the commissioner’s decision could make the case less likely to succeed.

If it fails, lawyers for the Corbyn supporters say they will seek to recover their costs.

The party has said it is confident of the case it is making to the court.

But the stakes are high.

The BBC understands the estimated combined legal costs of the five Corbyn supporters, added to Labour’s costs, range from more than £3m to around £4m.

Labour says it does not recognise these figures.

The case against the Corbyn supporters is likely to reach court in early 2024 – just before an expected general election – but extensive preparatory work is already being undertaken.

At the end of last year, Sir Keir Starmer and his shadow cabinet were told the party needs to fill an estimated £15m “funding gap” with the Conservatives.

Labour raised £5.4m in the run-up to the 2019 general election, £14m less than the Conservatives.

Sir Keir has widened the party’s donor base, as some of the big unions cut back on their support, and is improving Labour’s finances but some officials are concerned that the burgeoning legal bill will make the funding gap with their main opponents harder to fill.

One member of Labour’s ruling National Executive Committee told me they were worried that potential donors might be put off if they think some of their money is going into lawyers’ pockets rather than being spent on campaigning or policy development.

So how did we get here?

In April 2020, just after Sir Keir was elected Labour leader, an 800-page internal document prepared under his predecessor Mr Corbyn was leaked to the media and then published online.

The report suggested efforts to combat antisemitism in the party had been hindered not by those close to Mr Corbyn but, in part, because of the “factionalism” of party officials who were opposed to his leadership.

Even more controversially, the document contained reams of unredacted, private WhatsApp messages and emails sent by some of those officials to each other which were disparaging – and sometimes offensive – towards Corbyn supporters. A subsequent inquiry also found some messages by some senior staff members had been “discriminatory”.

A group of Corbyn opponents, who were named without their consent in the report, is taking legal action against the Labour Party – even though it is under new management – for mishandling their data and breaching their confidentiality.

The party brought in an external investigator to try to find the source or sources of the leak but this failed to reach a definitive conclusion.

It then hired a top lawyer, Martin Forde KC, but his inquiry was also unable to identify the culprit or culprits.

Labour Party lawyers had initially resisted an attempt by one of the anti-Corbyn ex-staffers, whose private messages had been leaked, to say who they thought was responsible.

But then, there was a change of tack.

In what was described to me by someone with knowledge of the process as a “gamble”, in October 2021 Labour’s lawyers accused five prominent Corbyn supporters of putting the controversial document into the public domain.

They told the High Court that the five had conspired to leak the document and to undermine the Starmer leadership in the process.

The five ex-officials also included Corbyn’s ex-chief-of-staff Karie Murphy and his former communications chief Seumas Milne, who had been involved in drafting the controversial report.

Sources suggest 15 more people also had access to the report before it became public.

The five were all employed by Labour at the time of the leak and the party is now taking legal action against them for allegedly breaching their contracts.

Their lawyers, Carter Ruck, accused the party of “an attempt to deflect on to them [the five] its own liability” as data holder for the leak, and in a statement said that ‘the individuals will vigorously defend themselves in the proceedings and will seek full reimbursement of their costs of doing so from the Party”.

Since the leak of the report in 2020, Labour has been co-operating with the Information Commissioner’s Office (ICO), which polices data breaches.

Labour sources suggest the data watchdog would have been given access to emails and messages sent and received by the three when they were employed by the party.

Nonetheless, now that the ICO has declared “case closed” on the basis of insufficient evidence – along with Labour’s own probe and the Forde inquiry failing definitively to discover the sources of the leak – this raises the question of whether the court case is now potentially more hazardous.

The court case is a civil, not a criminal, matter so the involvement of the five Corbyn supporters would not have to be proven beyond reasonable doubt but on the balance of probabilities.

And party sources are suggesting this lower threshold could be passed, whereas the ICO had the higher bar of having to find criminal proof.

Now, clearly Corbyn supporters would want the party to drop its legal action. But some supporters of the Starmer leadership are privately getting cold feet.

This includes a member of Labour’s ruling national executive, who told me they feel too many of the party’s resources are being drawn into disputes and disciplinary matters.

If Labour is seen to be taking legal action against prominent supporters of Jeremy Corbyn, this may politically further underline how far the party has moved away from that era.

But some supporters of the current leadership fear a court case may simply bring some of the old enmities and issues back to the fore.