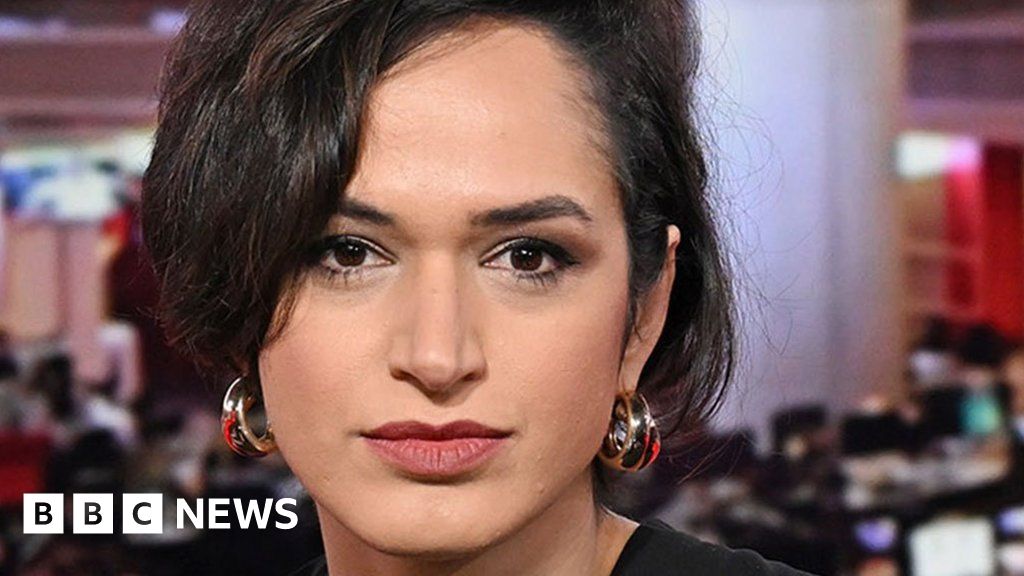 In Iran, the anti-government protests of 2022 have continued into the new year. Reporting on one of the biggest international stories of the moment is an ongoing challenge for BBC Persian Service journalists, who are not allowed into the country, suffer daily harassment, and whose families back home are persecuted.

Iran has been in turmoil since September, when the death in custody of 22-year-old Mahsa Amini sparked mass protests against the compulsory hijab and other restrictions – leading to calls for regime change.

It has meant working around the clock for BBC Persian journalists. But reporting on events in Iran is not just a logistical challenge, it also has serious personal ramifications. The harassment it triggers from the Iranian government creates consequences for the lives of the journalists.

In October 2022, the Iranian Ministry of Foreign Affairs issued a statement naming BBC Persian in a list of individuals and organisations sanctioned for what it called their deliberate actions in support of terrorism, and inciting violence and hate speech and human rights abuses. BBC Persian journalists have received online death threats and threats of horrific violence, and thousands of orchestrated abusive comments.

Family members in Iran have also reported increased and severe harassment, including being summoned for interrogations and being threatened because their family members continue to work for the BBC.

Journalists have also been harassed by those who feel that the policy of reflecting the Iranian government’s own account of events as part of the coverage gives a platform to the regime’s supporters.

In a new BBC documentary – Reporting Iran: Inside BBC Persian – one correspondent, Jiyar Gol, is filmed being harangued by anti-government demonstrators in Berlin shouting “Ayatollah BBC”.

“Do you know how many members of my family are in prison now?” Jiyar replies.

In the case of lead presenter Rana Rahimpour, when her conversation with family back in Iran was wire-tapped – with sections edited together to make it seem as though she supported the government, and published – it was seized upon by critics as more evidence that the BBC’s impartiality equates to collaboration with the government.

The pressure on her from the Iranian government has even forced her to warn her children’s school to be extra cautious about their safety.

BBC journalists are not allowed to work in Iran, so they rely on social media to find out and verify what is happening on the ground. With the recent protests, it became an essential tool. For instance, when journalists hear that a protester has been killed, the first thing they usually do is check that person’s social media accounts for followers with the same last name. When relatives reply, information they share can be cross-checked with other sources, such as death certificates and coroners’ reports.

During major stories such as this one, the BBC’s job is not just to report on events, but to sort disinformation from genuine evidence.

Online mapping tools are used to geolocate footage that has been sent, frame by frame, to check whether or not it is actually from the town or city journalists have been told it has been filmed in. They look for shops which may have changed in that time, for example, or even weather which does not match what we know of the forecast that day.

Journalists have to apply the same verification methods to Iranian state TV reports. One broadcast in recent months tried to prove that 16-year-old protester Nika Shakarami had fallen off the roof of a building and that she had not, as her family said, been killed by security forces. The report showed a woman, her face obscured but dressed in black clothes similar to Nika’s, entering the building which the authorities claimed Nika fell from.

In this case, two things stood out – not only was this woman walking calmly, whereas Nika had reportedly told a friend she was being chased by security forces, but it was noted that a cat in the background of the video was also walking calmly. If this were Nika, who had been involved in loud noisy protests fired on by tear gas, then you would expect to see the cat running from the chaos.

On one occasion, one of the sources sending me information was arrested and then released by the Iranian security forces. When she then got back in touch with me via a messaging app, how could I trust that this was now not in fact the authorities corresponding with me posing as her? So I asked her to send me a voice note so I could be sure.

Because these sources are traumatised by their experiences, they correspond with BBC journalists day and night, who must always be ready to respond.

And all of this while dealing with their own fractured family ties.

In the BBC documentary on the Persian service, journalist Farnaz Ghazizadeh talks about the recent death – after a sudden illness – of her father in Iran, and how her grief was compounded by the guilt that she had not been able to spend a lot of time with him in the past 18 years.

“When I decided to join the BBC, I didn’t realise that I was making a decision not just for myself, but for many people. And now I keep asking myself: ‘Did I have the right to make that decision? Is it worth it?'”

She was also unable to visit her brother on his death bed last year. And at the same time she was having to endure trolling by opponents of the regime after an article resurfaced she had been commissioned to write about Ayatollah Ruhollah Khomeini for an Iranian newspaper 22 years ago when she was still in the country.

“My 45-year-old brother was on his death bed, and I couldn’t be there for him and my parents. And I was being called a regime apologist online,” Farnaz says.

Lives can be changed forever as a result of simply being related to someone who works for BBC Persian.

In my case, my brother was forced out of an excellent job for Iran’s oil ministry. For my colleague Jiyar Gol, it means never having the chance to introduce his young daughter to his relatives.

And as for the staff, last year four UN independent experts on Iran raised their “grave concern” over the regime’s “harassment and intimidation” of those who work for BBC Persian.