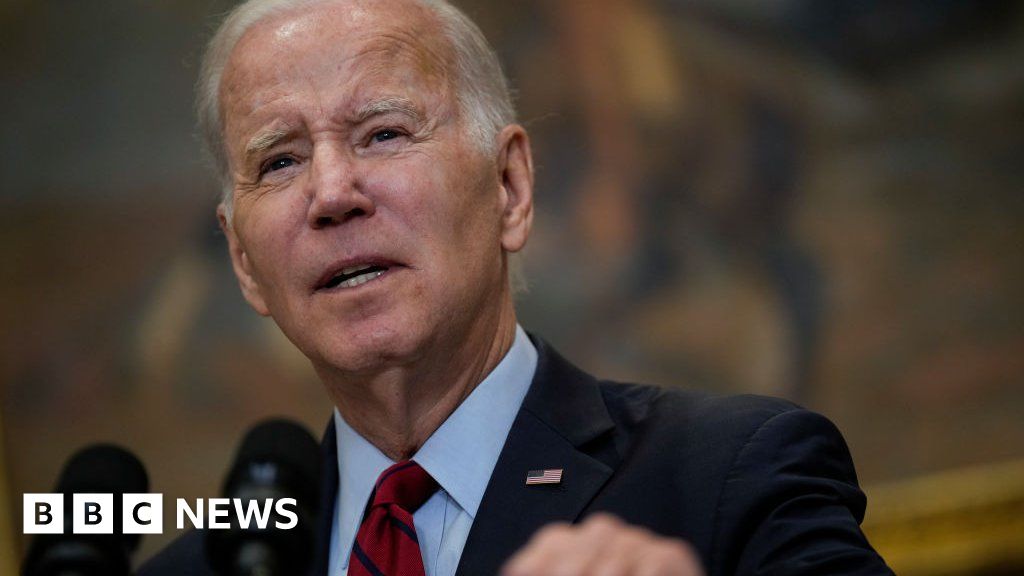 Robert Hur, a former senior justice department official during the Trump presidency, will lead the investigation.

Classified files were recently found in Mr Biden’s home and at an office he used after his term as vice-president.

The White House said Mr Biden will fully cooperate with the investigation.

The discovery of the documents have been called a political embarrassment for Mr Biden, as it comes during an ongoing investigation into former President Donald Trump’s own alleged mishandling of classified files.

The first batch of files were found on 2 November at the Penn Biden Center, a think-tank Mr Biden launched in Washington DC. They were then handed over to the US National Archives, Mr Biden said.

Mr Garland said a second batch of files were located on 20 December at Mr Biden’s home in Wilmington, Delaware. He added that on Thursday morning, Mr Biden’s lawyers called investigators to notify them of an additional document, also found at the president’s private home.

After an initial probe by US Attorney John Lausch, Mr Garland said his office decided that a special counsel was needed to investigate Mr Biden’s handling of the files due to the “extraordinary circumstances” of the matter.

“This appointment underscores for the public the department’s commitment to both independence and accountability in particularly sensitive matters, and to making decisions undisputedly guided only by the facts and the law,” Mr Garland said.

Mr Hur said he will investigate the issue “with fair, impartial and dispassionate judgement”.

White House lawyer Richard Sauber said Mr Biden has cooperated fully with the justice department’s review, and will continue to do so.

“We are confident that a thorough review will show that these documents were inadvertently misplaced, and the President and his lawyers acted promptly upon discovery of this mistake,” he said.

Sources familiar with the case told CBS, the BBC’s US partner, that the review has so far included interviews with witnesses who may have knowledge of how the classified documents were handled.

Speaking to reporters on Thursday morning, Mr Biden reiterated again that his lawyers had notified officials of the discovery and that he take the matter seriously.

He added that the additional documents found were locked in a garage next to his 1960s Chevrolet Corvette sports car, “not sitting out in the street”.

A timeline on the discovery of Biden’s classified documents

Mr Biden is now facing questions about whether the newly discovered files hold sensitive information that could have jeopardised matters of US national security.

Republican Speaker of the US House of Representatives Kevin McCarthy also raised concerns about the timing of the discovery being made public.

“They knew this had happened to President Biden before the (US midterm) election, but they kept it a secret from the American public,” Mr McCarthy said.

Mr Biden’s predecessor, Mr Trump, is currently under investigation by the justice department after more than 325 classified files – including some marked with Secret and Top Secret designations – were discovered last year at his Mar-a-Lago estate in Florida.

Investigators said they are looking at whether Mr Trump violated federal law by obstructing the document recovery process or destroying government materials. The former president has denied any wrongdoing.