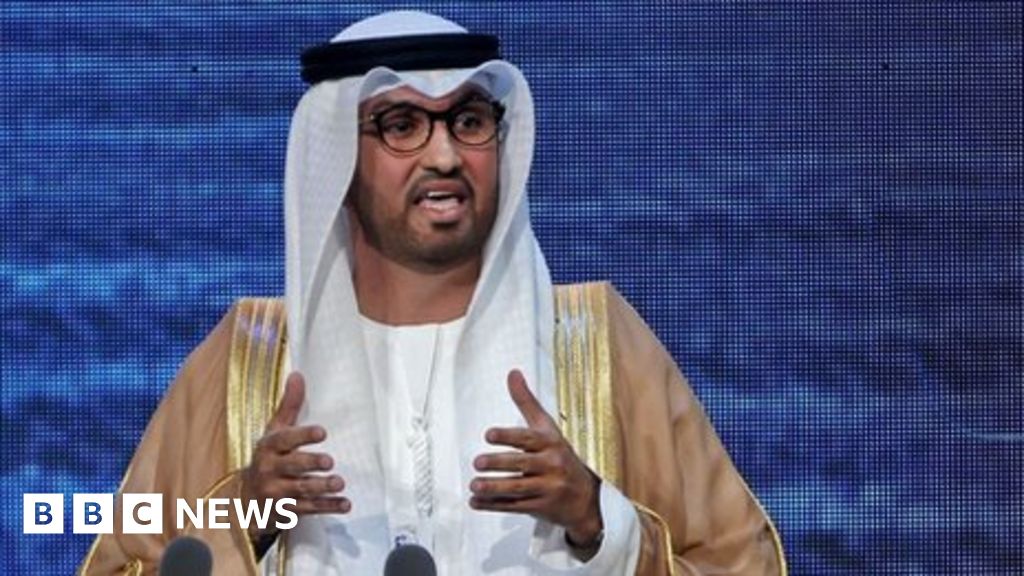 The head of one of the world’s biggest oil companies has been named to lead the COP28 global climate talks in Dubai, later this year.

He is also the minister for industry and advanced technology for the COP28 hosts, the United Arab Emirates.

Campaigners say he must stand down from his oil business role while president as it is a clear conflict of interest.

They believe someone steeped in the oil industry may not push countries to rapidly reduce their production and use of fossil fuel, which scientists say is critical to avoiding dangerous climate change.

Running the global climate talks process is not an easy job – for months before, and especially during the conference, every word and action of the president is heavily scrutinised.

COP28 is already mired in some controversy as the hosts, the United Arab Emirates, are one of the world’s biggest producers of oil and gas.

The appointment of a key figure in the energy industry as the president-designate of COP28 will likely increase the concerns that the global climate talks process is facing significant influence from fossil fuel interests.

The recent COP27 gathering in Egypt was described by some attendees as a “glorified fossil fuel trade show”.

Analysis of those who registered for the event showed a significant increase in those who were connected to the oil and gas industry compared to previous meetings.

Among the large delegation from the UAE at the conference in Sharm el-Sheikh, there were 70 people closely connected to fossil fuels.

Mr Al Jaber is the chief executive of the Abu Dhabi National Oil Company, said to be the world’s 12th biggest oil company.

Over the past decade he has become the face of the UAE’s energy industry but he will be the first serving oil executive to assume the role of COP president.

As well as being a minister and his country’s climate envoy, he is also chairman of Masdar, the government-owned renewable energy company that he helped set up.

He has certainly long warned of the dangers of climate change but campaigners are concerned about his appointment, and are calling for him to step aside from his industry roles.

“It is imperative for the world to be reassured that he will step down from his role as the CEO of the Abu Dhabi National Oil Company,” said Tasneem Essop, from Climate Action International.

“He cannot preside over a process that is tasked to address the climate crisis with such a conflict of interest, heading an industry that is responsible for the crisis itself.”

What will concern campaigners is that major oil and gas producers are among those opposed to a more rapid phase out of all fossil fuels.

At COP27, there was a strong push from more than 80 countries for the conference to declare support for a phase down of oil and gas as well as coal.

This attempt came to nothing in the face of strong opposition from countries the rely of fossil fuel exports.

While Mr Al Jaber’s appointment has been met with criticism from activists, others involved in climate diplomacy have welcomed the move.

“The UAE has adopted a sound green growth strategy and is a major investor in renewable energy both at home and abroad,” said Yvo de Boer, who was UN climate chief between 2006 and 2010.

“The COP president-designate has been instrumental on many of these issues. This equips him with the understanding, experience and responsibility to make COP28 ambitious, innovative and future focussed.”

Certainly those skills will be tested at the gathering in Dubai in early December this year.

COP28 will hold the first formal assessment of progress on cutting carbon since the Paris agreement was signed.

The “global stocktake” as it is called will be a key moment in clarifying just how much further countries will need to go in restricting their emissions.