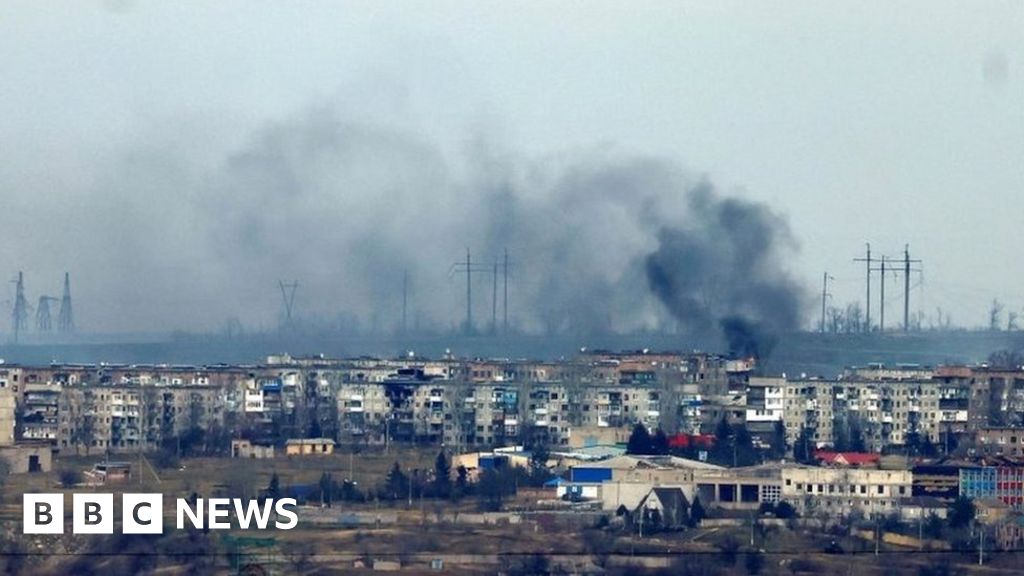 The reshuffle comes as Russians claim they are making progress in eastern Ukraine after suffering a series of military defeats in recent months.

Russia launched its invasion into Ukraine on 24 February.

Gen Gerasimov, who has been in post since 2012, is the longest-serving Russian chief of general staff of the post-Soviet era.

Gen Surovikin – now his deputy – has been dubbed “General Armageddon” for his brutal tactics in previous wars, including Russia’s operations in Syria and the heavy bombardment of the city of Aleppo in particular.

Shortly after he was appointed to lead the operation in October, Russia began its campaign to destroy Ukraine’s energy infrastructure, leaving millions of Ukrainian civilians without power or running water for extended periods in the depths of winter. He also oversaw Russia’s withdrawal from the southern city of Kherson – a major success for the Ukrainians.

Russia’s defence ministry said the decision to replace Gen Surovikin was aimed at organising “closer contact between different branches of the armed forces and improving the quality and effectiveness of the management of Russian forces”.

But the move has been seen by some as a sign that he may have gained too much power.

“As the unified commander in Ukraine, Surovikin was becoming very powerful, and was likely bypassing [Russian Defence Minister Sergei] Shoigu and Gerasimov when talking to Putin,” military analyst Rob Lee wrote on Twitter.

Some of Russia’s hawkish military bloggers, who support the war but frequently criticise the way it is being carried out, have been highly critical of Russia’s military leadership, including the new head of the special operation, Gen Gerasimov.

The fall of Soledar may help Russian troops in their assault on the strategic city of Bakhmut, about 10km (six miles) to the south-west, providing them with a secure artillery position within range of the city.

Soledar also has deep salt mines, which could be used to station troops and store equipment, protected from Ukrainian missiles.

On Tuesday night, the group’s leader, Yevgeny Prigozhin, said his forces were in full control of Soledar. However, on Wednesday the Russian defence ministry released a statement appearing to contradict his claim – or that only Wagner group troops were involved.

This led to Mr Prigozhin repeating the claim on Wednesday evening. In a short statement on Telegram, he boasted that his mercenaries had killed around 500 pro-Ukraine troops. “The whole city is littered with the corpses of Ukrainian soldiers,” he wrote.

Ukraine has recently made similar comments about piles of Russian bodies.

There is no independent confirmation.

The apparent differences in Russia’s official narrative surrounding the latest events around Soledar hint at divisions in the country’s military leadership, particularly between the Wagner Group and the defence ministry.

For his part, Ukraine’s President Volodymyr Zelensky denied that Soledar had fallen.

“The terrorist state and its propagandists are trying to pretend” to have achieved some successes in Soledar, Mr Zelensky said in his nightly address on Wednesday, “but the fighting continues”.

“We do everything, without stopping for a single day, to strengthen Ukrainian defence. Our potential is growing,” he added.