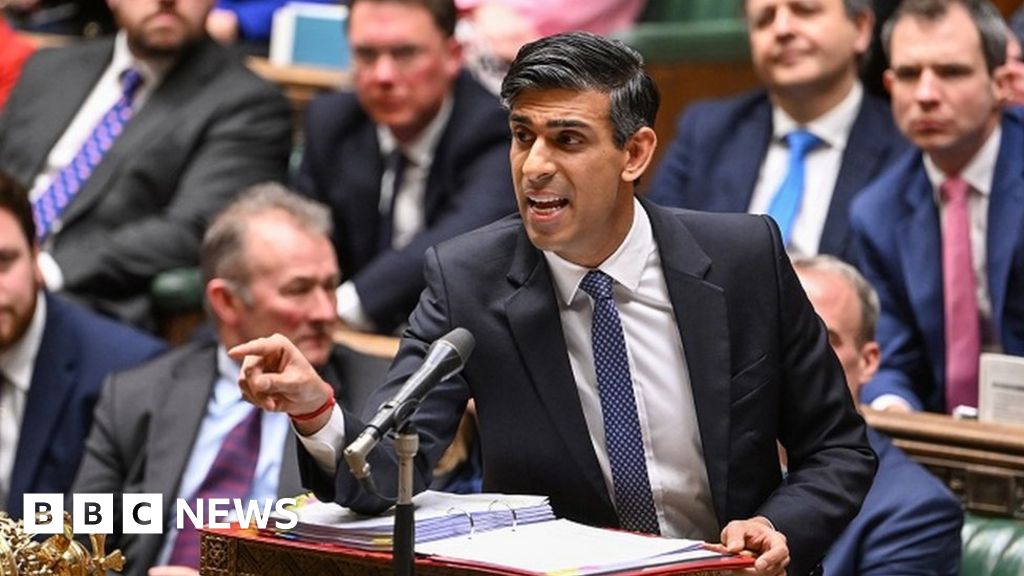 The prime minister has told MPs he is registered with an NHS GP but has used “independent healthcare in the past”.

Rishi Sunak had previously refused to say whether he uses private healthcare, insisting it was “not really relevant”.

The PM has been under pressure over the issue, followed a press report that he was registered with a private GP practice.

At PMQs, Mr Sunak praised his local hospital “for the fantastic care they have given my family”.

“That’s why I’m passionately committed to protecting it with more funding, more doctors and nurses, and a clear plan to cut the waiting lists,” he added.

Mr Sunak had told the BBC’s Sunday with Laura Kuenssberg programme that his healthcare was “a personal choice”.

“As a general policy I wouldn’t ever talk about me or my family’s healthcare situation … it’s not really relevant,” he told the programme.

Registering with an NHS GP does not exclude someone from using private healthcare.

The prime minister’s spokeswoman said Mr Sunak did not have private cover, and that while she would “not get into timelines”, he had always been registered with an NHS GP.

“In principle, he believes that the personal health details of individuals should remain private, but given the level of interest and in the interests of transparency he has set out that he is registered with a NHS GP,” she said.

A newspaper report in November suggested Mr Sunak was registered with a private GP practice that offers on-the-day appointments and home visits.

Critics have accused Mr Sunak of not understanding the pressures faced by the NHS, and Royal College of Nursing general secretary, Pat Cullen, told the BBC: “I think as a public servant, you ought to be clear with the public whether or not you are using private health cover.”

Latest NHS figures show that in November last year, 58% of NHS patients were not seen on the day they made an appointment.

At the same time, a record high of more than seven million people are waiting for hospital treatment.

Labour leader Sir Keir Starmer said in response to Mr Sunak’s comments that the prime minister “will find out what it’s like to wait on hold at 08:00 as you call for an appointment”.

He said he was “not going to comment on individual health choices” and Labour was focused on “ensuring we have the best possible NHS” for everyone in the country.

Sir Keir also clashed with Mr Sunak over the government’s plan for new legislation to enforce minimum service levels in the NHS and other key sectors during industrial action.

Unions have criticised the proposals as “undemocratic, unworkable, and almost certainly illegal”, pointing out they would mean some employees would be required to work during a strike and could be sacked if they refuse.

The Tories had gone “from clapping nurses to sacking nurses”, Sir Keir said, adding that nurses and ambulance workers would not be on strike if the prime minister had negotiated.

The prime minister said Sir Keir would not agree to minimum service levels in the NHS “because he’s on the side of his union paymasters, not patients”.

Mr Sunak added that he wanted “to have constructive dialogue with the unions” and had accepted the recommendations of independent pay review bodies.

Earlier, health unions announced they are pulling out of the NHS Pay Review Body process to determine pay for next year.

The 14 unions – representing more than one million ambulance staff, nurses and other NHS workers in England – have called for direct negotiations with ministers about pay.

Pressed on whether he has NHS care during an interview on LBC, Mr Barclay replied: “Yes, I don’t subscribe to private provision.

“But I don’t have a problem with people, with their own money, who wish to spend that money on private healthcare.”

Some of Mr Sunak’s predecessors have made a point of drawing attention to their use of the NHS when they were prime minister.

David Cameron often spoke about how the NHS cared for his disabled son, while Boris Johnson said the health service saved his life after he fell seriously ill with Covid.

But when Mrs Thatcher was prime minister she was candid about her use of private health insurance, which she said was vital for her to “go into hospital on the day I want, at the time I want, and with a doctor I want”.