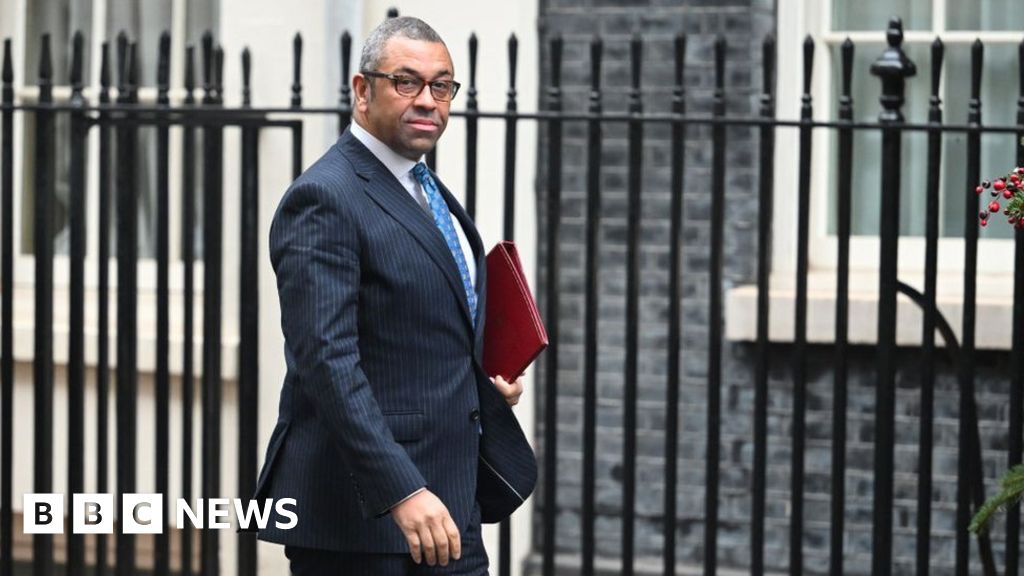 Their discussions will centre on the NI Protocol, and calls for an end to the political stalemate in Stormont.

The visits follow a UK agreement with the EU on customs data sharing.

That agreement was reached in talks on Monday between Mr Cleverly and the Vice President of the European Commission, Maros Šefčovič, which both sides said provided a “new basis” for talks.

Ahead of his Belfast visit, Mr Cleverly said issues remained with the protocol – part of the UK-EU Brexit deal that keeps Northern Ireland aligned with some EU trade rules. – that risked and undermined the place of Northern Ireland in the UK.

“My preference is for a negotiated solution, but the UK’s priority is protecting the Belfast (Good Friday) Agreement and preserving political stability in Northern Ireland,” he said.

“I am listening to the concerns of people and businesses in Northern Ireland and am keenly aware that the current situation isn’t working.

The two ministers will also visit a garden centre in Saintfield, County Down, to discuss specific business issues connected to the protocol, including restrictions on the movement of plants and seeds.

Mr Heaton-Harris called for a speedy return to devolved government.

“What people in Northern Ireland want most is to see their elected politicians back at work,” he said.

“Accountable political leadership is fundamental to secure a sustainable future for all in NI.”

Stormont has not had a fully-functioning executive since February last year, when the DUP withdrew as part of its ongoing protest against the protocol.

It keeps Northern Ireland aligned with the EU’s single market for goods, avoiding the need for a hard border with the Irish Republic after Brexit.

However, it also creates a new trade border between Northern Ireland and the rest of the UK, something the EU accepts is causing difficulties for many businesses.

Some unionists say it is also undermining Northern Ireland’s place in the UK.

The UK says the protocol is not working and plans to override most of the agreement if the EU does not agree to changes.

The DUP, which has blocked the re-establishment of a power-sharing government at Stormont, denied the data-sharing deal moved things forward.

DUP leader Sir Jeffrey Donaldson warned against “short-term fixes that will not work for the people of Northern Ireland”.

He said restoration of devolved government would only be sustainable when the protocol is replaced “by arrangements that restore Northern Ireland’s constitutional and economic place within the United Kingdom”.

As well as preventing the formation of an Executive, the DUP is also blocking the election of a speaker at Stormont, which means the Assembly cannot function.

During Wednesday’s talks, the SDLP is set to propose changes to prevent the party being able to block that process any further.

The party’s Assembly Leader Matthew O’Toole is expected to propose that the rules are amended so that instead of a weighted majority requiring a majority of unionists and nationalists to elect a speaker, in future the process would be done by a simple two-thirds majority of all parties.

The next deadline for restoring an Executive runs out next Thursday (19 January).

It is highly unlikely to be met, which means Mr Heaton-Harris is expected to trigger another 12-week period to allow the protocol negotiations to make progress.